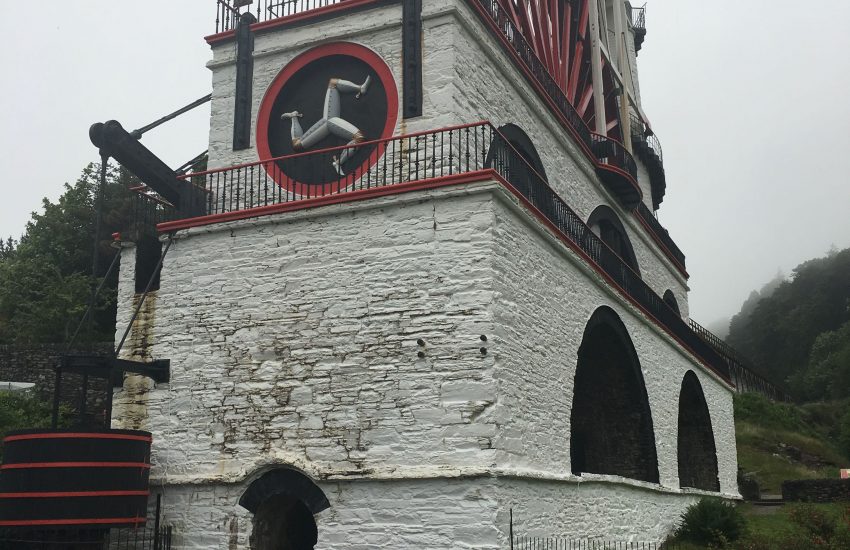 I’d booked G-CORB, our shared TB20, for the weekend away with my wife. The weather forecast was quite changeable in the days beforehand, and we decided not to go far. The Isle of Man had been on our target list, fairly easy to get to with just over an hour’s flight. The benefit of a shared aircraft is that you aren’t under any pressure to fly long hours or even every day when it’s your turn to use it.

Planning was done at a fairly late stage. The weather for Saturday looked extremely windy (Force 6 or 7) so we decided to fly out on Friday afternoon. I filed an VFR flight plan and a GAR form the previous evening, since the IoM is covered under similar arrangements to the Channel Islands. SkyDemon had a hiccup and didn’t immediately offer me the option of filing a GAR so I had to workaround that by amending an artificial flight to Ireland instead. Handling is mandatory, and while the Private Jet centre would have been very easy to use, it was a somewhat cheaper to use Rendezvous Handling on the south side of the airport. I had a lot of trouble contacting them (the phone numbers and details on their website are well out of date), but persistence got there in the end.

On the morning of the day itself, this was one of the first times I seriously thought about cancelling the flight because I’d been quite stressed after a busy week. But as the day progressed, I decided it was within my capabilities. My wife drove us up to the airport and there was no pressure to rush or expedite the flight.

The outbound routing kept slightly to the east of Snowdon but you are penned in by some very low Class A airways just to the southwest of Liverpool. I did get a Basic service from Shawbury who terminated service as we exited their zone, and as is common with LARS didn’t handover or suggest a next station. Perhaps I should have spoken with RAF Valley but instead called London Information, who were quite busy. Nonetheless, they set me up for an early handover to Ronaldsway shortly after coasting out, who gave me a full Radar service.

I had climbed up to FL85 to try and find some VMC above the clouds, which were in layers and made finding a good cruising altitude difficult. Ronaldsway cleared me into their Class D but asked me to descend to 3000 ft before entering. I had originally requested a VFR arrival, based on the report of broken clouds around 2000 feet, but amended that to a vectored ILS for 26 which was immediately granted.

The few extra track miles resulted in a calm, ordered and very stable approach and landing that was much appreciated by my passenger. We even got some good views of Douglas as we intercepted the approach track.

It was busy after landing, with both sides of a taxiway on the south side being set aside for grass parking – there were at least sixty or seventy aircraft parked up in a line. The handlers marshalled me to a space and helped me manually push back onto the grass. After thoroughly tying down the aircraft (with portable tie-down kit that screws into the ground) and putting the cover on, we were driven by minibus to the gate. An old portacabin serves as an office. After checking in, we were offered the use of a “hire car” of unknown provenance subject to our own car insurance at £40/day which I declined. A taxi took us directly to our hotel in Douglas. An alternative would have been to take a taxi around to the main terminal and either hire a car there or take the bus.

It was the last day of the TT races and we enjoyed a spectacular fireworks show later in the evening from our hotel room facing the beach. After unsuccessfully trying to hire a car in Douglas, we found the bus service was excellent (all day tickets cost £7) and probably less hassle. We visited Peel, Ramsey, Castletown and Port Erin including several museums and castles which gave us free admission with our National Trust cards. I’d say that the southern half of the island was more scenic that Ramsey in the north, although we didn’t venture to the far north end. The island population is around 90,000 of which around 27,000 live in Douglas.

There are quite a few tourist attractions including trams (electric and horse-drawn), castles, museums and an abbey covering the period of Viking rule through to present day.

The island has its own parliament, the Tynwald, and strongly resembles the administration found in the Channel Islands. The ferry service has been for many years provided by the Isle of Man Packet Steamship company. One strangely missing feature are any solar panels – I guess there isn’t any subsidy as found elsewhere in the UK.

The Isle of Man used to have a major zinc mining industry until the early 1900’s, extracting as much as the rest of the British Isles put together. One of the mines goes down 2000 feet (600m) below ground, and features the largest water wheel I’ve ever seen to pump water out. We were able to climb up to the top of the Loxey Wheel which both gives great views and really lets you appreciate this marvel of engineering.

It was still pretty windy on Sunday, with METARS reporting 25 gusting 35, although mostly down the runway. The spray from waves at the harbours was splashing over the tops of the piers. We met a (small) yacht crew from Wales who had decided to stay until Tuesday before the weather would be calm enough to depart. By co-incidence, I met Phil, the CFI of Cotswold Aero Club at the main airport terminal – he’d just ferried an aircraft in and was taking a commercial flight back home. He not only provided a PIREP about the weather conditions but even showed me a photo from FL60.

I had filed IFR to ensure we could fly in the airways and route well clear of the Welsh mountains, avoiding any turbulence. My thinking was that I could cancel IFR at any time and just drop down to return home VFR. My clearance on the ground was via L10 airway as filed, but initially told to steer a heading of 165 after departure. I was offered the choice of departure runway and selected 21 with wind 200 at 25 knots. After a commercial flight landed in front of me on 26, I taxied gingerly to the hold.

Scottish airways ATC continued to provide headings, effectively giving a short cut while keeping me high at FL90 as requested. Western Radar provided a traffic service in the descent outside controlled airspace, reverting to Basic at lower levels. A Freecall to Gloucester confirmed they weren’t busy and I asked for a VFR direct arrival but with an extended final leg to ensure I was fully stable before landing.

It was quite gusty on landing but not as variable in direction as the reports suggested, and the TB20 makes it relatively easy to cope with these conditions.

An enjoyable weekend away, especially considering the weather conditions, and generally quite relaxing even if I was keeping a very close eye on the weather for the return flight.