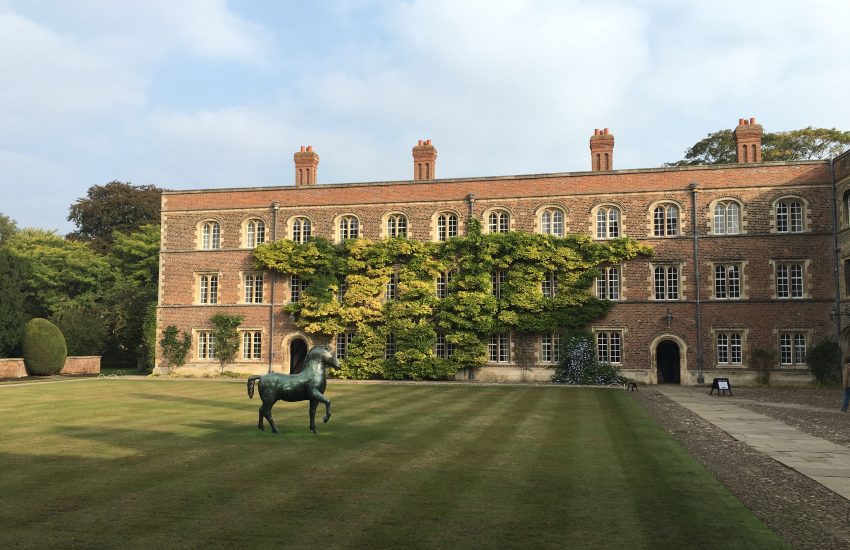 The choice between flying and driving is sometimes quite easy

There’s something about a short flight that always seems much more enticing than a long drive – so a tradeoff between about 1.5 hours in the aircraft vs 7 hours in my car seems an easy decision. Even if there’s still 2 hours of driving involved.

I had a business presentation to make in Cambridge for an afternoon and tried my best to organise the schedule so that I could do this by plane. The airport there now closes at 6pm promptly and you must be wheels up before then – there are no after-hours indemnity departures, and this severely curtails the usefulness of many GA airports in the UK.

Fortunately Gloucester remains open until 7:30pm daily, and does allow home based aircraft to land after hours (VFR only). I planned to fly the TB20 (G-CORB) departing shortly after 9 when the airport opened and return around 6:30, with a contingency of an hour each way. Planned flight time was around 45 minutes airborne each way.

My thinking was that I’d check the weather on the day so have the option to drive, and pack an overnight bag in case I had to stay over. That took the pressure off a bit, but there was inevitably a strong incentive to stick to the plan. The decision is easier for destinations that are still within driving distance (so can leave the outbound decision until last minute) and have airfield with reasonable travel times to your final destination (so makes London pretty hard to justify for a daytrip).

Mostly in the murk

The outbound flight involved more IMC that I had hoped for. These were very benign conditions, no turbulence and a cloudbase of perhaps 1500 feet. Radar coverage was available from both Brize and Cambridge (when in range) but with the demise of Coventry’s radar service there is now a large gap in the middle of the UK with no service at all. Brize tried to hand me off to East Midlands when leaving the north east edge of their area but that was well outside their coverage area. You are down to a Basic Service from London Information or non-radio. At least 121.5 should be available if you needed it for emergencies.

I flew at 5000 feet (odds IFR because flying east) which kept me just below controlled airspace routing a few miles south of Daventry VOR. The airway controlled airspace floor is relatively low here so you have to watch for that, but are in feet rather than Flight Levels.

I contacted Cambridge as early as possible and they were able to upgrade me to a traffic service when in range. For administrative reasons which I won’t go into here, Cambridge RNAV approaches don’t show an advisory vertical glideslope so the ILS is generally the preferred choice. Thinking that flying the RNAV approach track would be more convenient, I elected to do that – the sequence was pretty straightforward and the relatively high cloudbase gave me plenty of time to become visual before landing. Of course there’s nothing to stop you having the ILS tuned in on box 2 at the same time.

On the ground at Cambridge

The reception team at Cambridge Aero Club were their usual helpful selves. I paid up on arrival and took a departure form ready to fill out in advance so I could leave promptly. This form is faxed to the tower to book out instead of a telephone call as at some other airfields.

Frequent park-and-ride buses whisk you into town and I met up with a colleague for lunch before walking to our meeting venue. The presentations went pretty much to schedule although I became aware I was looking closely at the clock during the last one. I had pre-booked a car for 5pm and it was waiting outside to drive the 3 miles to the airport. Rush hour traffic was less than during term time and we arrived at the club around 5:20, so I was back at the aircraft before half past.

Above the clouds on the way home

I tried hard not to rush the pre-flight and reminded myself that if anything wasn’t right then there was still the option to stay overnight. Wheels up before 5:45 and back at Gloucester by 6:30. There was virtually nobody around talking on the radio at that time. Brize had gone home (LARS service stops at 5), so it was London Info for much of the way. Some IMC but mostly above the cloud layer.

Gloucester gave me a straight in approach on the ILS from some way out which was good practice, flown manually this time.

The short flight and much IMC means little in the way of photos for this trip.

Today was a reminder that private aircraft can be useful for business trips even in the UK, but there are constraints. Flexibility remains key, and the ability to stay overnight or change your method of transport at the last minute helps enormously. Ideally ask a pilot friend to accompany you and/or get them to share the flight duties – turning up at the airport with the aircraft pre-flighted and ready to go would have made this an even easier trip.