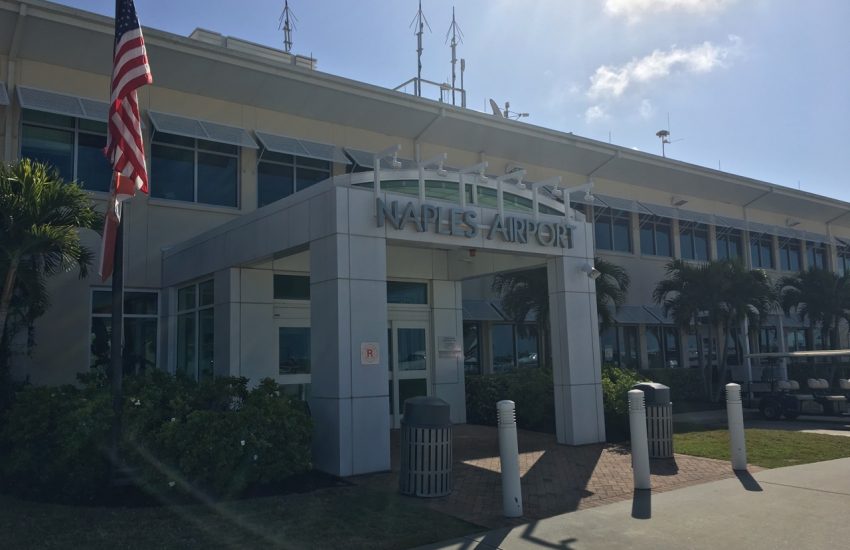 Today’s plan was for a simple VFR flight from St Petersburg Albert Whitted airport (KSPG) to Naples (KAPF), the first leg of a four day South Florida tour with my wife in a rented Archer II.

Pre-flight planning identified several NOTAMs for Naples, including that one of their two runways was closed, and that they had no radar so could only accept VFR arrivals. The weather suggested this shouldn’t be a problem.

At 8:30am, the view out the window looked perfectly flyable, but because the automated weather said 700 feet broken cloud the Tower had to declare the airport to be IFR only. I had seen the Cessna below take-off for circuits and mistakenly thought I could follow, but on first contact the ground controller stated the airfield was IFR only so I had to shutdown and file an IFR flight plan. To be fair, he would have allowed me to taxi to the hold and quickly file from there if I had wanted and been able to.

It was fortunate that I’d taken an IPC a couple of days earlier, during which I had filed my first FAA flight plan. I quickly drafted and filed one using ForeFlight, this time in ICAO rather than FAA Format (so included the parameters for avionics equipment fitted), requesting a route overhead Sarasota (KSRO) then direct Naples at 3,000 feet. Foreflight came back wih three emails almost immediately: a route briefing, a route reallocation via CEXAN at 3,500 ft, just slightly to the east of my request, and a detailed weather/NOTAM briefing.

When calling for taxi just a few minutes later, the ground controller was ready with my clearance.

My readback was almost correct. I’d said “expect 3000 within 10 minutes” rather than “in 10 minutes”, and the controller rightly clarified that. When I announced ready for departure, there was a short pause while my release was co-ordinated with Tampa Departure, then my take-off clearance issued.

I wouldn’t classify this as an IMC flight by any means. Perhaps a bit of haze that reduced visiblility below 10k at times, but nothing serious. The cloud had been thinning out and the airport would likely have become VFR within an hour, but it was great not to be limited and could depart when we wanted.

As soon as we contacted departure and were identified, we were given our climb to 3,000 feet and on reaching then given a “direct Naples”. I got slightly behind with my initial turn onto this unexpected new track, but pushed a few buttons on the 430 and quickly recovered. It was definitely harder in an aircraft with simpler equipment – no autopilot, no self-aligning DI and not even a heading bug. But once in the cruise and in trim, she stayed in balance and needed little attention to keep on course.

Flying IFR, I was never formally “cleared into the Bravo” but instead followed instructions which implicitly included that. We were turned south probably initially to keep us clear of Page and South Florida airports, then hard left and climb to 4,000 towards them to avoid VFR traffic. As we got closer to Naples, we were vectored out to sea. When about 5 miles northwest I said we had the airfield in sight, but did not formally cancel IFR. The radio was busy and it seemed like the controller had forgotten about us. My wife wondered if we’d end up in Mexico, but in time we were turned back towards the field for a straight in approach. We were warned that a Citation was ahead of us, then switched to tower for joining instructions.

The tower was busy and I think we were initially number four to land, and given a continue. By short final, I wasn’t sure that I had actually been cleared to land – although other aircraft behind me had – so I clarified with the controller. After landing, ground asked us if we were part of the large fly-in we could see on our right, (unknown to me, a Pancake Breakfast fly-in, which explained why it was so busy), but instead we taxied around to Naples FBO. A small follow-me vehicle, more like a go-cart, showed us where to park and its driver marshalled us into position.

After explaining that we’d like to park overnight, the FBO staff towed the aircraft elsewhere. I was asked if the brakes were off – if not they couldn’t move it – they have a strict policy of not allowing staff to enter aircraft even to take off the brakes. I guess that’s for security and theft avoidance.

An Uber to our hotel was quick and easy. Naples is definitely much more gentrified and upmarket than some other parts of Florida. Well manicured streets, high quality/new cars on the streets, very well kept and impressive houses. We walked to the public beach, lunched at a seafood restaurant, enjoyed a Benn and Jerry’s ice-cream then sat by the pool in the sunshine. Not bad for February.

Next day, we flew from Naples down to the Keys, landing at Marathon and Key West. Read more.