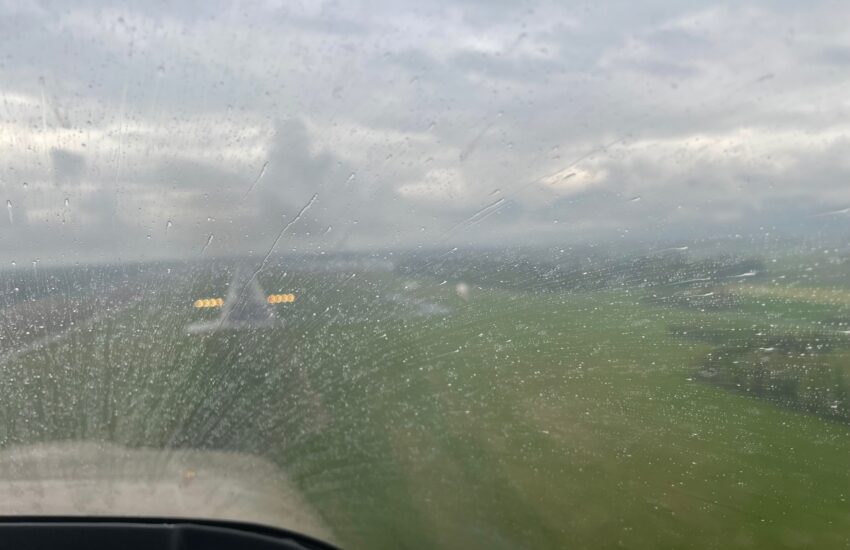 This review takes a snapshot view of the number, type and support for UK instrument approaches at civilian airports. It assesses the coverage of both documentation and database support, reviews the implications of EGNOS withdrawal and considers what pilots might lobby for.

You’ll also find out which UK airport has the largest collection of published instrument-approach plates.

The scope of this study covers UK civil airports including the Channel Islands and Isle of Man.

Airfield guides for pilots provide details of around 1,000 UK airfields nationwide, of which 124 are licensed and listed in the UK AIP. Exactly half of those (62) have at least one instrument approach, serving a total of 136 runway ends.

52 of the 69 have an approach at both ends of a single instrument runway.

Only one airport has an approach at one runway end (Biggin Hill), where 03 would require a circle to land. Nine airports offer more than two instrument runways.

Recent developments include approved approaches for Northampton/Sywell and Kemble (albeit with heavy restrictions). Those at Shoreham have been restored; an ILS has been deployed at St Athan. Meanwhile Coventry’s have been withdrawn, and Scatsta in Shetland has closed.

The predominant technology remains ILS, equipped at 84 runway ends (62%), of which 10 have higher minima than 200 ft Category 1.

A further three runway ends at Stornoway are equipped with localiser only, which has no precision approach.

One quirk found at London City 27 is that the Localiser minima is lower than that for the ILS (491 vs 551 ft). Further examination uncovered that this is based on larger minimum climb angle (3.5% vs 2.5%) for the missed approach.

Table 2: Other technologies available to pilots, by published approaches

The introduction of RNP has been particularly useful to equip those runway ends which didn’t have a precision approach with at least an advisory glideslope. The majority (85%) of runway ends have either ILS or RNP. Most of the focus for LNAV/VNAV has been as a backup to ILS at larger airports, where suitably equipped aircraft are more common.

RNP has only just squeezed ahead of NDB/DME in terms of published approaches, but I would have thought that well over 90 per cent of all non-training approaches by GA are now either ILS or RNP. There remains a not-insignificant number of published SRA approaches, probably rarely used outside of training but a valuable safety option for aircraft encountering equipment failure. These are being slowly withdrawn and have reduced from over 60 to 42 in the past five years. The last two VDF approaches at Shoreham and Cranfield have been discontinued.

This doesn’t present the whole picture though, because many RNP approaches are co-located with existing ILS. Revising the analysis to assess each runway end with the best technology on offer reveals the continued dominance of ILS followed by LNAV+V. The latter provides an advisory glideslope but is not classed as a 3D or precision approach.

A few airports stand out as being particularly poorly provisioned. Stornoway offers Localiser, VOR/DME and NDB/DME, including the option to fallback to an offsite DME. The Scilly Isles have only a timed NDB, possibly partly because their RNP-approach application was declined due to the proximity of the terminal building to the runway. Benbecula has only VOR/DME and NDB/DME, with local terrain making approach design difficult. All three are busy commercial passenger airports with a control tower with no access to radar. One wonders if the relief from mandatory compliance with EASA regulations might enable exemptions which could resolve some of these issues.

The downgrade of published RNP approach plates to LNAV or LNAV/VNAV has been completed, all having been reissued to remove the LPV minima. The Channel Islands stand alone in retaining that capability, having independently arranged to retain EGNOS services.

The net effect has been an increase in minima (Table 4).

In many cases, the loss of EGNOS has raised the minima by 50 per cent or more, reducing access in bad weather. Of the 33 approaches where both LNAV/VNAV and LNAV-only minima are quoted, the maximum difference is 340 ft at Barrow-in-Furness and there is an overall average of 80 ft.

Summary and next steps

ILS and RNP approaches dominate the landscape, with 85 per cent of all instrument runway ends having one or the other.

The lack of precision approaches at so many instrument runway ends, partly due to the withdrawal of EGNOS, has raised the minima considerably at many of the more remote airfields. Adoption of LNAV/VNAV, which legally provides a precision approach, does help but is mainly focussed on the larger airfields and equipped primarily on larger commercial aircraft. LNAV+V also provides a glideslope, which although only advisory, greatly increases safety and the likelihood of a successful outcome.

Is the number of instrument approaches adequate?

The lack of instrument approaches that are easily accessible to GA, and especially training organisations, seriously constrains the capacity for both initial training and currency. This of itself reduces safety, due to a smaller percentage of pilots achieving an instrument rating and reduced currency for those with one.

For example, a recent IR skill test proved difficult to schedule, with nearby airports either closed for training or prioritising bookings for their resident schools and only accepting reservations on the day or late on the evening beforehand – even for just a single ILS. This makes it difficult to schedule examiner/aircraft/pilot together which each have their own constraints.

Military airports offer another option for instrument training, although access is fairly limited in the southern parts of the country.

Fifty per cent of licensed airfields seems a rather low proportion. Of course many grass strips and smaller airfields would be unsuitable, but there was quite a lot of interest when GNSS approach development was encouraged some five to ten years ago. One might have thought 75 per cent of licenced airports is a feasible target, but I don’t have figures from other countries for comparison.

This also limits the utility of general aviation and we should continue to strive for wider deployment of RNP approaches, even if they are LNAV+V or LNAV/VNAV rather than LPV.

So which airport has the most published approach procedures?