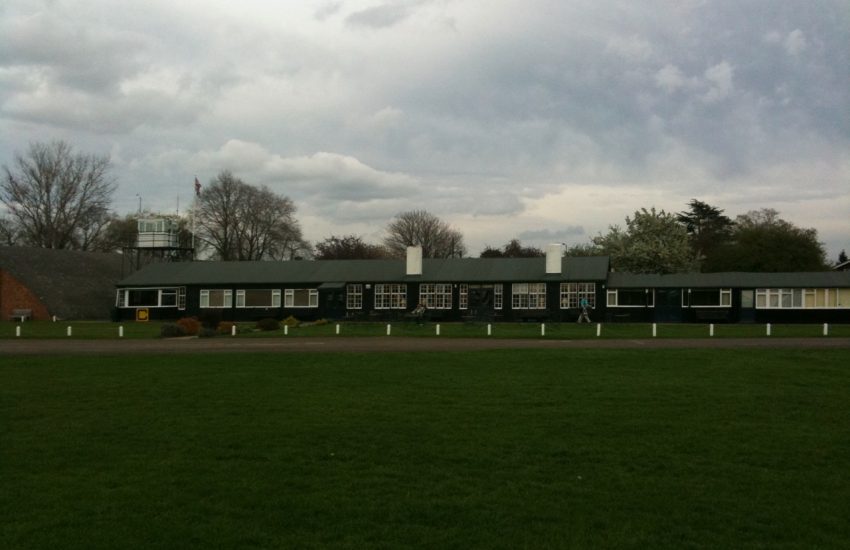 I’ve enjoyed several flights from RAF Lyneham now. My first few were with other club members, and included a long Navex down to the south coast passing within sight of Popham, Goodwood (near Portsmouth), Bembridge and Sandown on the Isle of Wight.

I also made a solo landaway to Shobdon, where I’d been during my PPL training including my Qualifying Cross Country. I’m still a very new PPL (“freshly minted” is the term I believe), with about 75 hours total time of which some 20 odd is PIC.

Today’s trip was to White Waltham, a long standing and very successful flying club near Maidenhead. I think some people might easily be put off because it’s right on the edge of the London CTA, a stone’s throw from London Heathrow, so any navigation error could quite easily and quickly become a major infringement.

My advantage today was to fly with Dave, a much more experienced PPL who had been there many times before. We also had some pretty good weather with good visibility too.

I’d booked G-SNUZ, a PA28 Warrior based at RAF Lyneham, for the afternoon from 2.30pm. As it’s a full ATC controlled aerodrome, there’s a number of extra procedures you need to go through. Four separate frequencies: Ground/Tower/Approach/Zone although sometimes these are shared between two. You have to call for start, request taxi, request and readback a clearance, then remember to switch from Tower to Zone shortly after takeoff. It’s all a lot to take-in the first time if you haven’t been to a fully towered airfield before – I learnt at a AFIS controlled field which was a good balance between Air/Ground and ATC – but likely to be very helpful in the long run.

I’d prepped the navigation earlier using SkyDemon and printed out a chart of the route. Booked out with ATC, got authorisation from an instructor (required for all pilots with less than 100 hours PIC) and filled in the tech log. With fuel up to tabs (so about 3-4 hours endurance) we would have more than enough to get there and back.

With wind from the west, we took off on 24 and headed east. SkyDemon GPS gave a clear view of where we were and were heading, making it easy to confirm we were leaving the zone boundary where we retained a Basic Service from Lyneham. We had the ADF tuned to Lyneham and both VORs tuned to CPT – it was noticeable there was a slight difference in readings between the two VORs – and I tried to steer just using the VOR, intending to leave the GPS for confirmation than anything else.

We switched across to Farnborough for a Basic Service at Wellborn – easily identifiable from a large pig farm – something I wouldn’t have known on my own. With great views ahead we could easily see Reading coming up and kept to the Thames on the north side of the city. As we approached CPT VOR, Farnborough advised that “multiple contacts approaching CPT”. I’ve seen this happen before – as you approach, suddenly you notice several other planes quite close with different heights and trajectories. Keeping eyes peeled, not flying directly into the sun and/or deliberately flying around the navaid itself are all options to consider for this.

Switching to Waltham Radio, we reported as inbound from one of the 3 notified reporting points – it was a short call: callsign + inbound at Whiskey – they don’t need your life history.

We got the airfield information and realised they’d changed runway since we called up ealier in the day. I had to reprogram my brain for a Right Hand circuit on 21 rather than Left Hand on 25. As the airfield came into view, we could see it’s framed by a railway to the North, the M4 to the south and the A404 (and Maidenhead) to the east. Highly aware of the proximity to London Heathrow and the Class A Airspace, we headed straight for it. Altititude awareness is really important here – as you move from Reading toward the airfield, the Class A drops down to 2500 feet.

Waltham can be very busy – it has a lot of local based aircraft, a large flying school and is popular with visitors. Fortunately, at this later time of day early in the season, there wasn’t much traffic around – only 1 in the circuit doing touch and goes. After a standard overhead join, we used the railway line to identify runway 25 clearly and from that runway 21 which we were to use. I realised I’d still got QNH set, so confirmed QFE via radio and quickly corrected this. I guess I could have calculated this quickly from the airfield info (30mb per 100 feet) but best to use the right information when available.

Did the pre-landing checks in good time, and got the downwind call in, concentrating on setting up a good approach. All runways here are grass, so a final approach speed of 65 with full flaps is called for. There was little crosswind and I’d say I got the speed pretty much spot on. Some timely advice on ensuring the main wheels landed first (so not a 3 point landing) reminded me to hold off as much as possible. Once down, you can just turn off anywhere to vacate – there are no taxiways. Taxi-ing was pretty bumpy – you don’t want to go quickly or you might risk a prop strike.

The visitors parking is closer to the clubhouse where we paid our dues (quite reasonable £12.50), got a cuppa and looked around the memoriabilia. It’s quite a lively and active club with lots going on, even late on a Saturday afternoon. I noted it’s open till dusk or 8pm normally, so will think about this as a possible early evening destination for the summer.

Noted the prices there – definitely reflects the London rates, with membership at £300 and dual instruction at £196/hr on PA28. This would have been my local club if I had still been living in London.

The flight home was uneventful. Runway changed again back to 25 – we had really great views with clear weather all around.