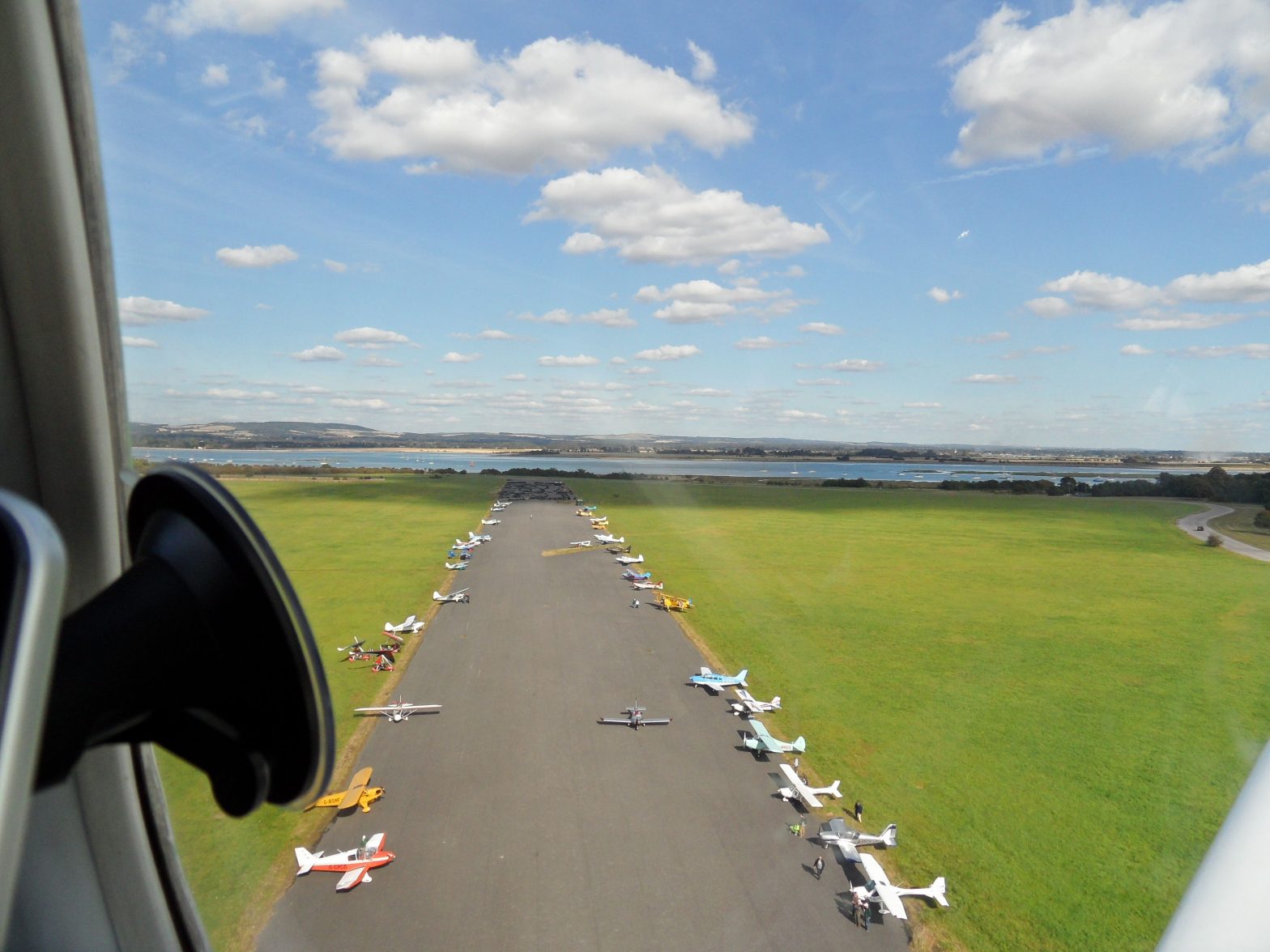 It’s been another great year for flying, and I’m lucky to have been able to do so much. The weather hasn’t been that great, but we’ve had some very good flights, met some great people and visited many new destinations. I made fewer flights, and had less flight time than last year, partly due to spending a lot of time gaining the IMC rating during 2011.

– More foreign flights, perhaps with a stop-over or multi-day tour. This year’s plans went awry due to weather. Potential destinations such as Waterford in Ireland, Texel in Holland, Troyes or La Rochelle and many other possibilities in France.

– A visit to Scotland. Glenforsa on the Island of Mull would be a great destination in the summer, but even just using the Northern Chart again would be a major milestone in itself.

– More instrument practice. I’d like to be more current with instrument flight, and master that VOR practice approach I fluffed. This will be important because I also have to undergo my biannual…

…IMC renewal (which is now called the IR(R)). I’ll also need to work out the best time to “migrate” my JAR licence to an EASA one. This must be done prior to April 2014 to allow me to be able to continue to exercise the IR(R) privileges in the UK, even though my licence isn’t due to expire until 2015. It will also invalidate my FAA “piggyback” licence because the licence number will change (but at least the EASA licence does not expire).

I have a few other aspirations too, of course, but let’s leave them for another day. Let’s just say I’d like to do at least one new thing during the year, whatever that might be.