Lundy is a small island, less than 2 square miles, off the north Devon coast in the Bristol Channel. It’s managed by the Landmark Trust on behalf of the National Trust.

Approximately 30 residents handle conservation, farming and tourism. There are about 30 properties of various shapes and sizes available for rent, plus a campsite, pub and shop. Diving is particularly popular here, but most visitors come for the solitude and long walks around the perimeter. Normal transport is by boat from the mainland, which takes about 2 hours. Scheduled helicopter services run twice weekly during the winter months. You could also sail here in a yacht, but of course the most convenient method is by air.

There is a short but wide grass strip of 400 metres with a reputation of being relatively difficult – there are rabbit holes and uneven ground, a slope, stone wall and potential downdraughts – so it’s not for the unwary. I wouldn’t consider taking anything like the TB20 here – you’d want good prop clearance and short field performance. Having said all that, it’s quite doable with the right equipment and attitude.

Chris offered to fly me out there for the afternoon and I jumped at the opportunity. It’s only about 40 minutes flying time from his base at Clutton Farm. His C172 is well qualified for this type of strip with a slow stall speed of about 35 knots, high prop, fixed tricycle gear and stable performance. He had phoned the island office and confirmed the conditions were suitable, but learnt that sheep were grazing openly on the grass. By contrast I saw on arrival at Clutton that one of the other pilots was industriously mowing the grass with a ride-on mower.

A thorough pre-flight included donning lifejackets and digging out the PLB in case we had to ditch in the channel. I remembered that the last Cessna 172 I flew in had  about 13 fuel drainage points but this one only has two. Fuel is normally switched to feed from both tanks, so you don’t have to remember to swap every 30 minutes as I would with low wing aircraft.

We didn’t need to speak to anyone on the radio after taking off, listening out on Bristol’s frequency, keeping well clear of controlled airspace by routing south around the Wells Mast and climbing prior to the sea crossing itself.

After making self-announcing traffic calls on safetycom, Chris then made a number of low passes over the strip to clear the sheep well away. He wasn’t satisfied that the grass strip itself was clear and wanted to ensure that a large cluster grazing right next to the midpoint wouldn’t suddenly decide to run across it. These passes needed to be quite low and noisy, encouraging and directing the sheep to move away – both for their benefit and ours.

Making a final approach at a much lower speed with full flaps, we just had to clear the stone wall before touching down, bouncing a little bit on the rough ground and coming to a halt before the midpoint. Dumping the flaps early helped a lot. You then turn off on a taxiway to parking, keeping a careful eye out for potholes.

It’s a short walk to the pub, and although we arrived at 2pm just as lunch service officially stops, we were able to negotiate a couple of pasties with chips. They continue to serve drinks, cakes etc. throughout the day. We also paid our landing fee and (not being a member of the National Trust), I also had to pay £6 admission fee to the island.

We walked around the south part of the island, including right down to the pier. A few people were sunbathing/swimmming by the beach. There are quite a few different properties for rent, from the lighthouse, a large “manor house” to small cottages. There’s also plenty of camping and you could even pitch a tent under your wing if you wanted to – just remember to bring a torch, it’s pitch dark out here at night.

We climbed up to the top of the old lighthouse where there are a couple of deck chairs where the light used to be. Fabulous views all around. I can see why people would find this place very relaxing. Chris has been here a few times and camped for the weekend with his wife.

Our departure invovled walking the strip and moving the sheep out of the way on foot, before the usual pre-flight checks. We taxied up towards the far end of the runway to ensure it was clear before backtracking and lining up – you can’t see the far end from the starting point because of a hump and slight upslope. Chris advised that it was generally best to depart to the west even with a small tailwind because of the cliff that gives you plenty of room to recover compared with a stone wall if taking off towards the east.

After departure, Chris let me make a further low pass from the right seat to get a feel for the approach. We routed north east this time, towards Brecon. Chris wanted to check that his IFR instruments were working OK, and we found some intermittent problems. I used the Garmin 430 to make a GPS hold using the OBS function – not too bad an attempt, having not really done much of that before. We then routed around an air display at Newport and down to the east of the Bristol Zone. I asked for a transit but with incoming ILS traffic we were advised just to remain below 1500 feet.

Spotting the field was difficult again and the GPS really helped here – even so, you could be within 2 miles before clearly picking it out. Chris let me fly most of the approach before taking over for the touch down. Again the short field performance has to be believed and we were stopped well within 300 yards. After packing up, we debriefed thoroughly in the pub nearby. The flight time for both legs was similar – those extra circuits prior to landing when outbound meant we took about the same flight time as our diversion via Brecon on the return leg. 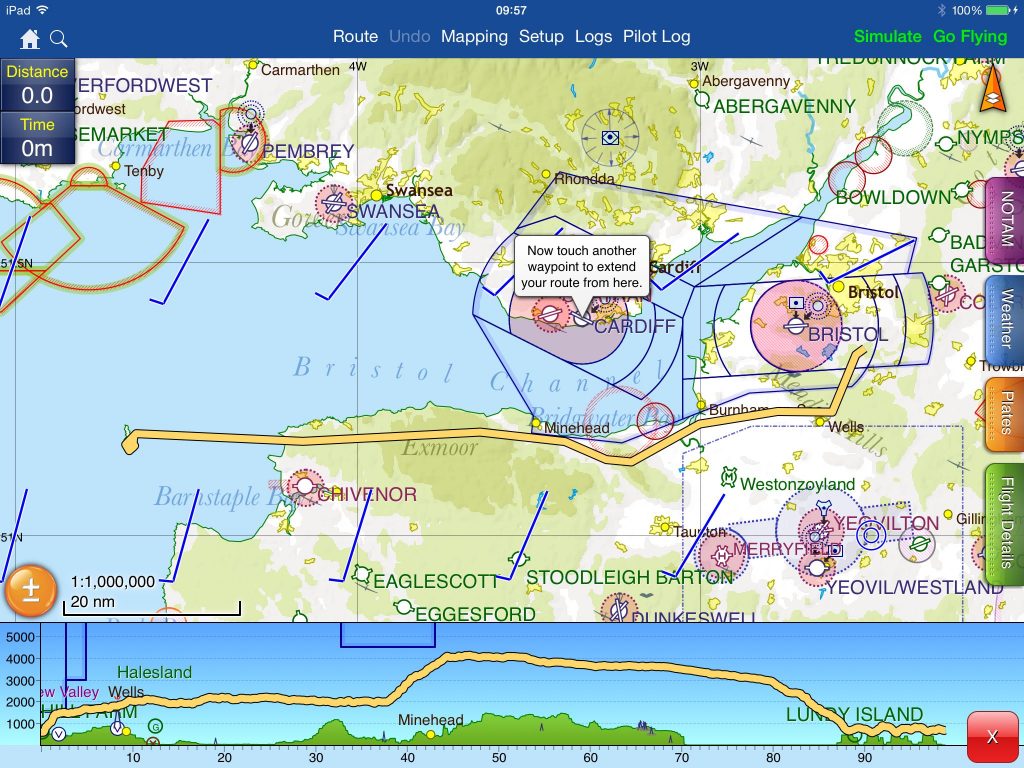 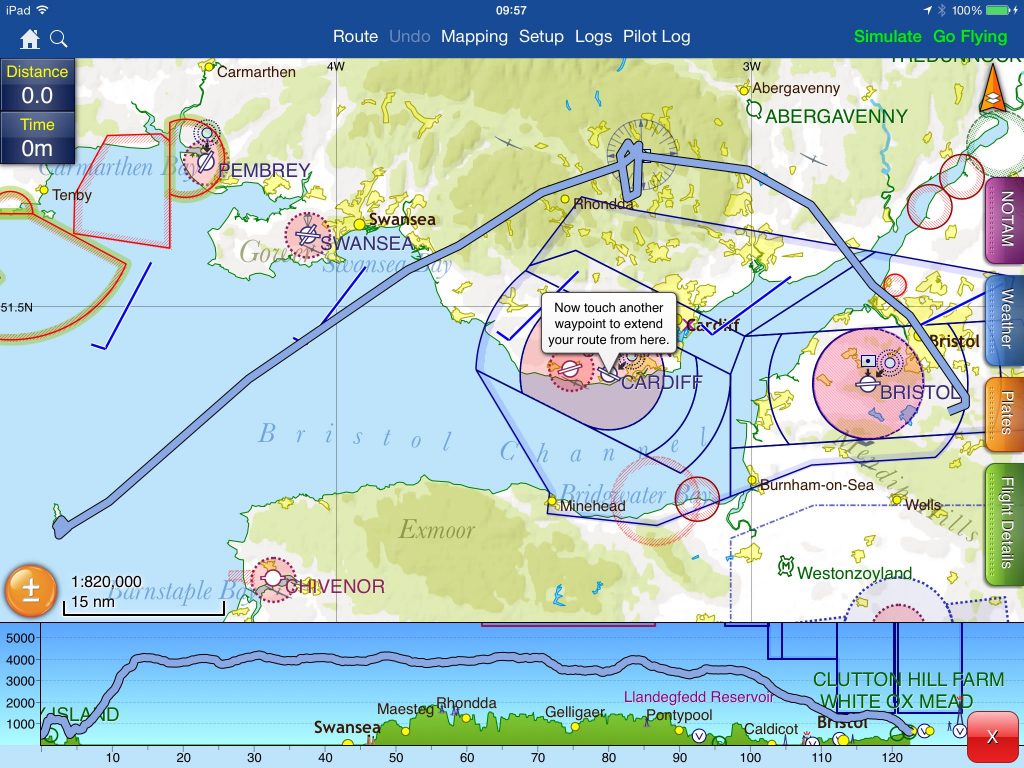 To give you a feel of what it was like, this YouTube video is taken from a gyrocopter landing on the opposite end runway. They took about the same landing roll (half the runway length) as we did but didn’t have to clear the sheep out of the way first. Another YouTube video from 2009 shows a C42 microlight taking off, with what looks like quite a bouncy ground run on the rough grass.