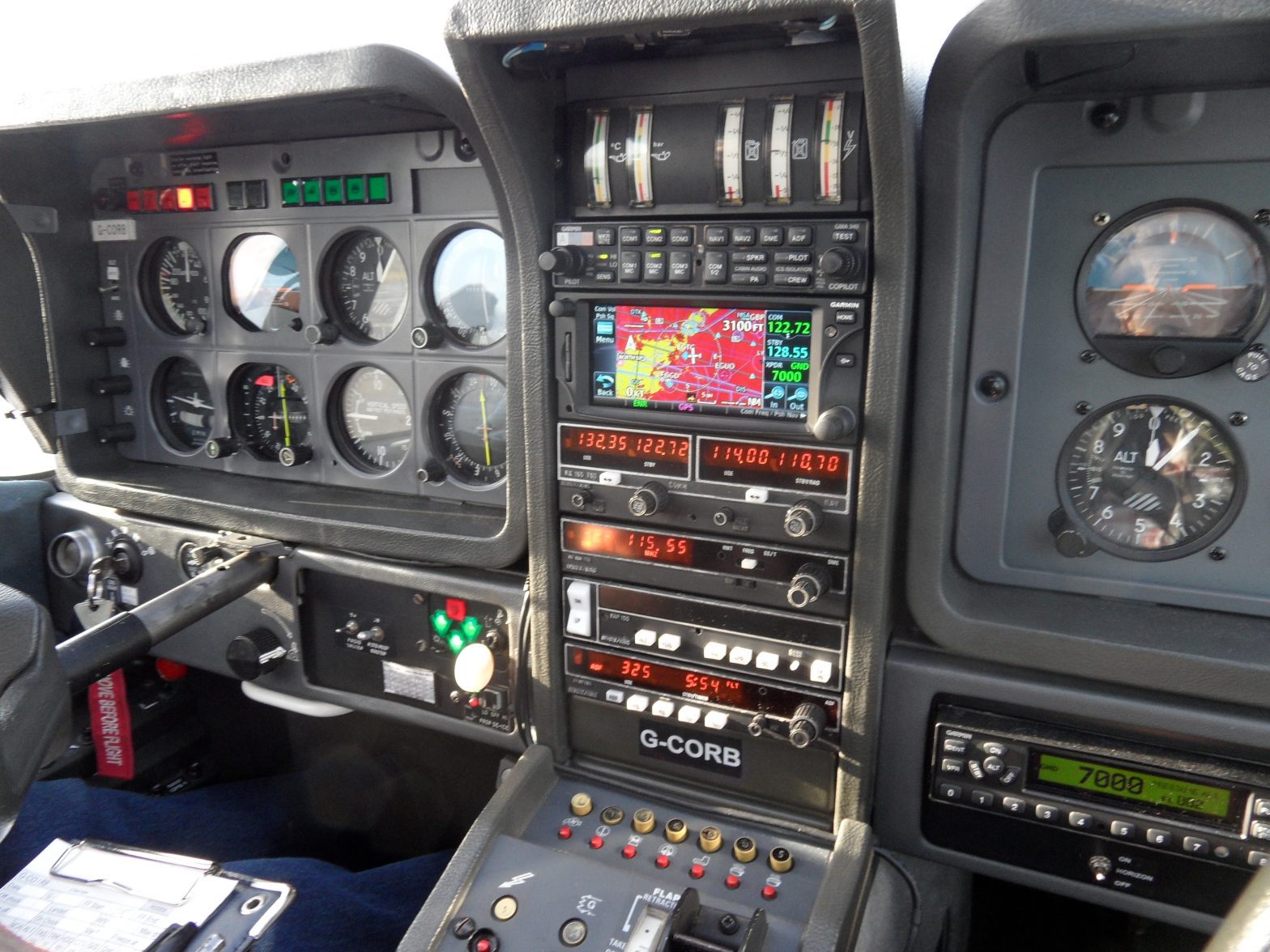 Some readers have asked how much I’ve been using my CRI (Class Rating Instructor) rating which I gained in January. I’ve not written much about it, partly not wanting to cause any issues with students. To date, I’ve flown about 20 hours in the right hand seat – a mixture of renewal training, cross channel mentoring, TB20 differences training and some radio navigation with the GTN650. I will have time available during the summer to do more.

This has been split between the Bristol Aero Club PA28’s and with Rate One Aviation at Gloucester on their TB20 and Turbo Arrow. It’s in addition to the club flyouts, buddy flying and solo trips I’ve made.

One series of flights was at Kemble, where I flew with a pilot who’s UK PPL licence had expired about 10 years ago. While he didn’t need to sit any theory exams, he did have to visit an AME for his Class 2 medical and take a PPL proficiency flight test during which he answered some oral questions and demonstrated he could speak English adequately. As part of his retraining, he needed to be taught use of Radio Navigation Aids which is mostly ADF, VOR and DME basics but I included elements of GPS (such as using the Direct-To function on our Garmin 430 box).

The general rule of thumb seems to be about one hour of flight training per lapsed year, and my initial (and inexperienced) view was that this candidate needed less, perhaps because of occasional flights while lapsed and lots of previous airtime.

We started with the normal revalidation profile/club check, including stalls, PFLs and circuits. I even managed my first EFATO from the right hand seat (Fan Stop, Climbing away etc.). Landings were pretty good, so we spent time on radio parlance and made a landaway to Gloucester navigating using the radio aids. It was very rewarding to hear he passed first time.

I benefited from moving up first from a PA28 Warrior with fixed gear to a PA28 Arrow with retractable gear/variable pitch prop. I had a year or more of experience in that before moving up to the TB20 which has a more powerful engine. So for a student moving directly between a Warrior and TB20, it’s a bigger step. We spent about an hour with ground power on, going through each and every instrument on the panel, tuning/identing navaids, and entering flight plans into the GTN box.

Airborne, once you’ve figured out the principles of the three levers rather than one – most Warrior drivers just use the throttle and leave the mixture on full rich – and the knack of putting the gear up and down, then it’s more about speed and engine management. Things happen a lot faster than you’re used to at 140 knots, so frequencies have to be entered well ahead, descent times considered, speed reduced before entering the circuit.

I’ve also been working with students who are required to put SkyDemon away and navigate entirely using radio navaids, refreshing the instruction included as part of the standard PPL course and familiarising with GTN and GNS boxes. This included one flying a Turbo Arrow, which meant I myself received Turbo differences training at that time.

Now for the blatant advertising…

Bristol Aero Club (based at Gloucester) now has the latest avionics in one of their PA28’s – a brand new Garmin GTN650. Dual flight instruction is charged at £175 per hour (block time). Those who have ever held a PPL are welcome to fly with me and learn how to press the buttons and make full use of the kit.

There’s also a GTN650 in RateOne’s TB20. I can offer differences training in that, although the hourly cost  is somewhat higher.

Simulator sessions in a Redbird FNPT II at Bristol Airport are also available on request.

Contact me for more details. Plenty of availability in the summer months, July/August, both weekdays and weekends.

More events and opportunities are in the pipeline…