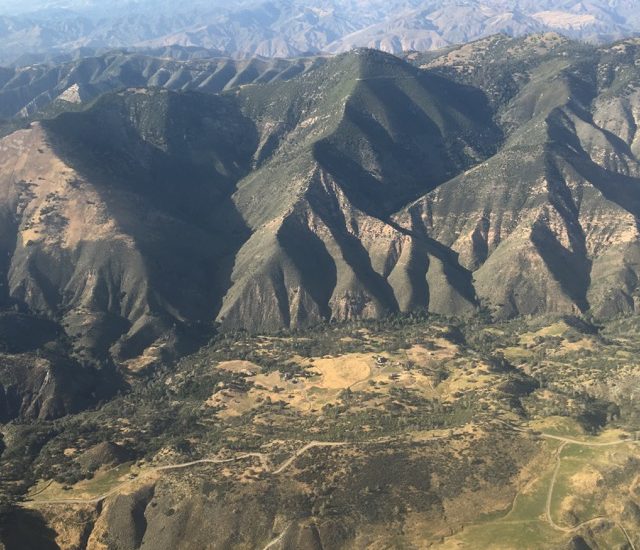 It’s been a very busy and varied year’s flying, achieving the most annual hours so far partly due to my CRI (Class Rating Instructor) role opening up some new opportunities. Again the highlight of the year was a week’s flying holiday in California USA – it’s tough to beat the facilities and variety of scenery there. I used our co-owned TB20 more for weekends away than daytrips, visiting the north of Scotland, Scillies and France. My involvement with the Bristol Aero Club grew, instructing a long lapsed member back into regaining his PPL, converting a microlight pilot to NPPL(SSEA) and conducting differences training for the PS28 Cruiser. I’ve also been involved with Rate One Aviation, which trains private pilots for the Competency Based IR, but I can’t instruct directly for that due to the 800 hour post IR qualification requirement.

1: Mentoring others to fly further

Completing the CRI course (which took two separate 3 day sessions at Wellesbourne), has enabled me to conduct various training activities. I ran a couple of groundschool classes on what’s involved in flying abroad which were surprisingly well supported, and later flew with some on their first foray into France. I’ve also mentored pilots in various situations, such as hour building IFR around the UK – from Dundee to Newquay to Lydd. It’s great to share the enjoyment of more challenging, longer distance flights than just the “$100 burger run” and I hope to do more of this in future.

Since qualifying in January, I’ve clocked up around 25 instructor hours and probably a similar number of hours mentoring which I can’t log.

If you’d like to fly to France for your SEP revalidation this year or try something a little bit more adventurous than you normally do, please get in touch

We went to the West Coast USA this year, based at a rented house in California just north of Los Angeles. In retrospect, September would have been a better time of year to visit, but once inland we had some outstanding views at 12,000 feet over the Rockies, Lake Tahoe and into Carson City Nevada. This was where you learn the reality of Density Altitude calculations and understand why the check-out included full power-on stalls (those Rockies mountainsides are steep). The simplicity of flying into really busy airports in the LA basin (just calling up unannounced and being told to join downwind) was shockingly straighforward and a joy to behold.

I tried but failed to get airborne during a separate short US business trip later in the year, mostly due to bad weather.

I managed three new French destinations for weekends in the TB20 – Lannion, Tours and Troyes. I also whizzed around ten North Brittany airfields in a long weekend in the BAC club Warrior, including Ouessant which I’d missed out on a couple of years before. Many are under threat, so it was good to fit those in while still open. A couple of longer UK trips, to Inverness/Wick and the Scillies balanced that out.

I’ve logged shared flights with 39 different people this year, albeit mostly other pilots. Taking my hosts in both Inverness and Wick up for an hour’s tour of their local area was something they all clearly enjoyed. Weekends away with friends was another big plus. Not everybody is so keen, and it is a bigger responsibility, so I’ve been more cautious with weather and cancelled or decided to go elsewhere when there was any doubt.

Club flyouts are another way to share and enthuse others, giving student PPLs a free backseat on our club flyouts and buddy flying with David who has just cross trained onto an Arrow. We’ve also shared a few IMC practice days, buddy-flying with IMC pilots from the club and taking it in turns to practice approaches into nearby airports. It’s definitely harder to fly an accurate ILS in a Warrior than in the TB20.

1: Instructing and mentoring others to fly further

I like the social side of flying and enjoy encouraging other pilots to make more use of their licences whilst also wanting to stretch my own capabilities. I’d like to do more of that. There should be more opportunities through the Bristol Aero Club, for cross channel flights, IMC buddy-flying as well as other unrelated/outside requests.

I’m always open to flying alongside others who are seeking to make more use of their licence and gain confidence in going further.

Hard to say if we’ll go to the US next year, partly due to the dollar exchange rate but also other factors. I’d certainly like to get a good week’s flying tour somewhere, but perhaps may do so around Europe instead. Glenforsa in Scotland is another major destination on my wishlist.

I’d like to fly the TB20 to several new cities in Europe. I’m hoping to organise a few longer weekends participate in at least one EuroGA or PPL/IR fly-in – calendar conflicts prevented that this year.

The number of instrument approaches available for use by GA pilots is very limited, with pre-booking required for training. We need more, especially for smaller GA only airfields. Progress to introduce more has been glacial compared with other European countries. I’d like to seek out, fly and promote those which are available and do what I can to lobby for an accelerated approval procedure.