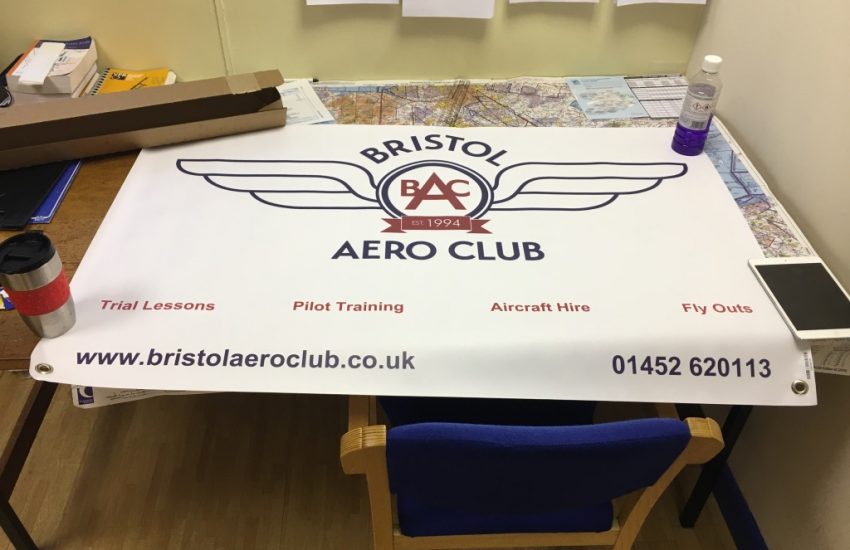 I’ve been pretty busy over the past three months helping Bristol Aero Club move from their previous home at Kemble across to new club facilities at Gloucestershire Airport. We had been operating from the grass for some time, and the committee had previously decided that this just wasn’t sustainable long term. Despite various attempts to arrange suitable hangar space, we hadn’t been very successful and when our hangar “landlord” closed his engineering business down we looked at alternative options.

After researching and negotiating a deal at Gloucester, informing and consulting with members (including a full EGM), members voted strongly in favour of the move. We duly gave notice and have now sold up our aging portacabin. At Gloucester, we’ve moved into a brand new hangar shared with about a dozen aircraft ranging from a shiny Pilatus to a couple of seaplanes. As part of the managed service, airport staff (Fire Crew) pull out and put away the aircraft daily and even refuel them on request.

I’ve been quite involved in setting up the new office arrangements, which are sublet from Rate One. Several helpful members have contributed in many ways including installing security systems, electrical and network cabling and even fitting sub-partitions to create two well lit briefing rooms. There’s been quite a lot of admin work on everything from arranging for airside passes for members to issuing keyfobs for access to the club office.

We’re also streamlining our admin systems by moving most of it online and removing the long paper-trail. This has many benefits, not least of which is reducing the need to spend 4-5 hours a week manually correcting errors in calculations, payments or decoding illegible entries. Few pilots enjoy paperwork after each flight and hence many errors creep in. While we’ve had some pushback from members who are less comfortable using computers, most are happy to give it a try. It will continue to help keep our costs down, improve visibility of daily activities (such as planning when to arrange the next service) and tighten up on operational management. We’re running both old and new systems in parallel for a couple of months before making a complete switch, so it will be a another few weeks before everything has settled down.

Overall feedback about the move has been good. We also now have regular instructors assigned Monday through Saturday who are all quite busy with students. The longer opening hours, full ATC and better weather have increased the number of hours we can fly. The airport remained open until 7:30pm weekdays during the winter months, allowing one member to complete his night rating just before the clocks went back.

We have been pleasantly surprised at how many new members we’ve attracted to our new home – so many that we’ve had to suspend new applications and introduce a waiting list. The vast majority of these have joined from elsewhere, including from our old base at Kemble, rather than switching from existing clubs and schools onsite. Sadly, a few have had to drop out because of the extra distance involved.

I’ve made many trips up to the airport in the past three months, but most seem to have been for admin reasons rather than for flying. I’m hoping to focus more on airborne activities with other PPL members during the summer, such as encouraging cross channel trips. I’ve already got a couple of 3 day adventures booked up, intending to visit Scotland and France respectively.

I’ve also run one of my cross channel groundschool classes privately for a few aircraft owners (not club members), and expect to accompany at least one across to France in his aircraft shortly.