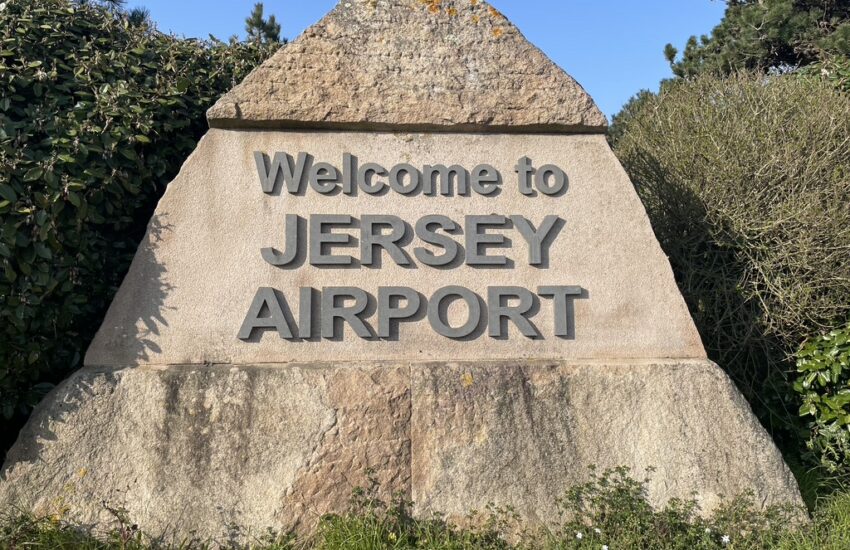 Unlike European trips on the day of this flight, the Channel Islands have no COVID related travel restrictions and you don’t even need to have a passport to go there. This was just as well, because one of my intended passengers has not been vaccinated and another had overlooked that his passport had only two months left to run. That’s probably not unusual given the limited amount of international travel in recent years, but important since European countries require 6 months before expiry (actually 9.5 years from issue date) post BREXIT.

I’d promised a daytrip out in my TB20 with a couple of PPL students with the intention of inspiring them to go further once they had gained their licences, and show them what’s possible. We also took a partner of one student who had planned to fly with him in the future.

Planning for the Channel Islands is much like that for Europe. I had made this a little more complex by wanting to fly airways on the outbound leg to keep my IR skills and procedures current, then planned a straightforward VFR return home. Gloucester close at 6pm during winter weekends which set the timeframe for the day, and I aimed for a 9:30 departure and 5:10 return.

Research showed the Jersey Aeroclub has been reborn after some financial difficulties at the start of lockdown, with not inconsiderable efforts by several volunteers to sort out the administration. Although PPR isn’t required, it helps to submit your Jersey GAR form in advance – this can either be done using a Jersey active PDF form or via SkyDemon/OnlineGar. You should also let them know if you plan to uplift fuel which is done elsewhere.

My paperwork consisted of:

No vaccination certificates, COVID tests required but you must take your passport (or other suitable ID).

We all wore life jackets and I packed the dingy but did not use portable oxygen.

In the past, Autorouter has offered me an IFR routing via the CPT VOR (near Reading) then south via Southampton, which takes you towards the edge of the London TMA. This time I could only see a route to the west, via Brecon, Cardiff, Berry Head and Skerry. Other more direct VFR options were available, but I chose to climb and remain in controlled airspace at FL090.

My departure clearance was straightforward:

I didn’t refuel before departure partly because I had four adults onboard (which limits the maximum weight) and partly because fuel is considerably cheaper in Jersey.

Once talking with Cardiff Radar and identified, I was redirected to CDF (the NDB on the airport) which was a good shortcut. There was definitely a haze all around which I expected to clear by about 4,000 feet. It seemed to be more like 6 or 7,000 before we were really clear of the inversion layer. You could see the ground directly below but horizontal visibility below the inversion was poor. We were briefly put on a radar vector when overhead Torquay but otherwise generally flew according to our flight plan.

This meant we didn’t see the islands until only around five miles or so away, which was disappointing – there can be great views across the channel in both directions. The METAR recorded 5K visibility in haze improving to 8K around the time of arrival which matched our experience. I felt this justified my cautious IFR routing and use of the instrument approach although VFR would have been both legal and possible.

I was handed off from Cardiff to London Control and subsequently to Jersey Zone who vectored me for the ILS straight in to runway 26. It was all very straightforward and I was really pleased with the gentle touchdown.

Fuel is available from stands 20 and 21 on the south east side and delivered by bowser truck, where you pay the driver. Prices are considerably lower than the UK due to low tax rates and I paid £1.35/litre. I’d figured out the mass and balance beforehand so knew how much we could take. Thereafter, taxied around to the flying club – it would have been helpful to have printed out the parking chart beforehand because I almost went the wrong way. There was another GA aircraft routing in the opposite direction from the club, and with nobody else around, the tower directed them to taxi west along the main runway.

There is plenty of parking space on the visitors grass apron, but beware the long/rough grass with a few visible molehills (this is being dealt with). Then walk back to the club building where downstairs is now exclusively Synergy handling who will take your landing fee. You can just exit from here, but I’d recommend a visit to the Aero Club cafe upstairs which offers light snacks and drinks with a great view of the airport.

I had pre-booked a car via Europcar in the main terminal, about a 10 minute walk. They no longer deliver/collect. The paperwork was very straightforward and it was a short walk to the carpark outside. I only needed to show my UK driving licence and credit card – no need to have a DVLA access code to check for penalty points as required elsewhere. There is a fixed fee for a day’s worth of petrol so you don’t need to bother about refuelling, and the total cost was less than we would have paid for taxis while it gave us flexibility on where and when we went. An alternative would have been to hire an electric bike or even an electric car from Evie. There were several bikes parked outside, but the car option worked out cheaper with four of us for the day.

Lunch was at Corbiere Phare which I’d been to before and is strongly recommended – it’s about 15 minutes away by car on the south west corner of the island. We also drove into St Helier and looked around. The port seems to me to be more industrial than St Peter Port in Guernsey but nonetheless has had some refurbishment of public spaces in recent years.

My VFR departure clearance was initially to Cap De La Hague lighthouse not above 1000 feet, which is pretty low down over the sea. At the hold this was revised to not above 3000 feet and shortly after take-off it became 5,000. We were given a radar vector for a short time then returned to own navigation. Jersey asked me to advise them when changing frequency and prompted me to change just as SkyDemon advised me that I was coming into Bournemouth Radar coverage.

Horizontal visibility was disappointing – the forecast had suggested it would improve during the day, but it didn’t allow for the glorious views I’ve had approaching the coast in the past. Bournemouth pointed out they weren’t able to provide the status of the Danger Areas, although these are cold at weekends unless NOTAM’d otherwise. I briefly switched to London Information to check but they were busy and simply decided to route around them. I descended so we could get a view of Old Harry, the rocks just south of Swanage bay then arranged a VFR transit north of Sandbanks over Poole Harbour.

Thereafter we flew over Compton Abbas, the east side of Bath, up towards Badminton and then back to base. I asked for a direct VFR join and was given a right base for 04, which needed to be further out to accommodate Chosen Hill. Ideally I would have preferred a straight in approach but ATC had to sequence us with one aircraft in the circuit.

All in all a very successful day out and I hope I have encouraged my PPL students to make good use of their licence when they complete their course. It’s a great privilege to be able to do what we do and the feedback I had was good with everyone enjoying the day.