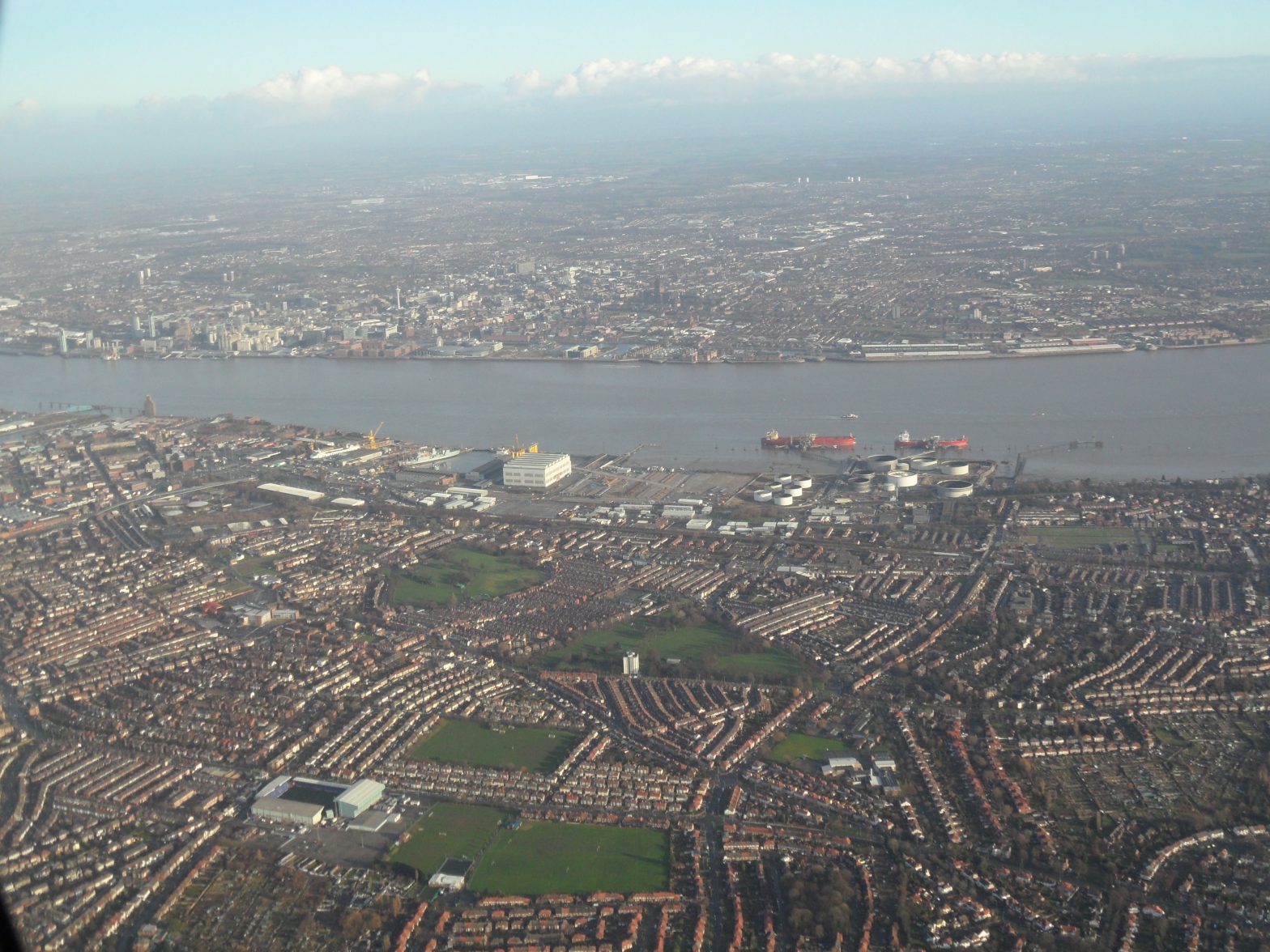 Another day and another familiarisation flight on the TB20 from Gloucester, this time with my very first PPL instructor (Keith) as passenger. While our TB20 group insurance does cover instructors, it’s only valid for those with >1,500 hours, which Keith doesn’t yet have. So I would be P1 but welcomed any assistance and suggestions. A strange (almost) role reversal compared to my first trial lesson in an old Cessna 152, when Keith’s enthusiasm got me hooked on private flying despite the somewhat damp and decrepit old school aircraft.

Planning for landaway to Liverpool with ILS approach

Our plan was to fly from Gloucester to Liverpool, asking for the ILS approach which if available is included in the landing fee. SkyDemon calculated a flight time of 42 minutes, so it would fit as an afternoon jaunt. The weather forecast didn’t look great, with heavy rain showers, but we could see they were isolated and should be easily visible so we could maneouvre around them.

I think Keith was quite impressed with the 140 knot cruise speed, which makes quite a difference from the PA28 Warrior and PA32 Tomahawk he’s more used to. With a tailwind, we were travelling at around 160 knots over the ground. After monitoring but not talking with London Information, it was soon time to contact Liverpool Approach. We were told we would be called back later (so not just “standby”), and I double checked with Keith that I should acknowledge the message (if told to standby, then you shouldn’t say anything).

As we got closer towards controlled airspace, I was concerned they weren’t getting back to me, which was almost certainly due to heavy co-ordination of commercial traffic above us (the weather did look pretty grim to the west). After a few minutes, we were cleared for a VFR approach with a clearance limit of Outen Park. We then circled there a few times before then being told to proceed and expect a left base join. Reporting the airfield in sight, we switched to tower and slotted in to the flow.

The full set of landing lights at a big airport can be pretty impressive when you’re not used to them, and on short final we saw a 737 at the holding point awaiting our arrival. Turning off at the second intersection, we turned back on ourselves towards the GA apron. I’d arranged the handling directly with a flying club through a friend and was guided by a marshaller to our parking spot. I wish I could get SkyDemon to display the airfield plates automatically in these situations, which would help show where we needed to go.

We had landed in good time, with a front coming through which dumped heavy rain for about 20 minutes and then cleared to show some blue sky to the south. A pilot arrived saying he had flown through it, and it was only about a mile wide.

There were toilets, a small office, coffee machine etc but no other facilities. The GA apron is a long way from the main passenger terminal and would need a taxi ride to get anywhere. The club instructors were very friendly and spoke of a revival of activity in recent months, with Liverpool airport staff very supportive including ATC who accomodated all types of traffic into the mix. It’s nice to hear of a large regional airport with a more positive approach. While our landing fee was about double that of Gloucester, this is a major airport and there are heavily discounted rates for based schools.

We booked out for departure and were told to complete our power checks on the GA apron before reporting ready to taxi. You must be fully ready to take off to avoid causing any delays to the commercial traffic. It was a short taxi to the hold where we watched a Ryanair 737 land in front of us. Keith reminded me about wake turbulence, looking for the point where the nosewheel touched down because that’s where the jet stops flying and therefore where the turbulence would stop.

Its nice to see that some airlines have a sense of humour – Ryanair use the codesign “Blackadder” for their flights, presumably taken from the TV comedy series of that name. I wonder if that means the co-pilots are all called Baldrick? British Airways are Speedbird and I’m sure there are plenty of other unusual ones too.

Since it was quite a windy day, I reckoned the wake would dissipate more quickly but in any case we had to wait while the Ryanair (identified as Blackadder 456 or similar) vacated the runway. With a clearance for VFR departure to the south, we took off and rapidly turned left to avoid a heavy rain cloud, flew across the Mersey towards Chester and avoided overflying the chemical works.

As we left the zone, we heard a private pilot who was concerned and/or disorientated by the bad weather and proposing to make a precautionary landing at Hawarden (which is closed at weekends). The Liverpool controller was extremely helpful and guided him back, and I think even allowed a change of runway direction to accomodate him – full marks in my opinion – reinforcing what I’d heard on the ground about the GA friendly operational staff.

Our return to Gloucester included the RNAV GPS approach for 27, and it helped to have Keith check the altitude and settings throughout. Without the autopilot, the GTN650 GPS was still easy to follow through the sequence required and courses to steer. I remembered to cross check the altitude and DME at the Final Approach Fix, and followed the glide slope down.

Landing long on 27, we took the long taxi route around the perimeter back to parking and later enjoyed a cold beer in the Aviator Cafe to debrief.