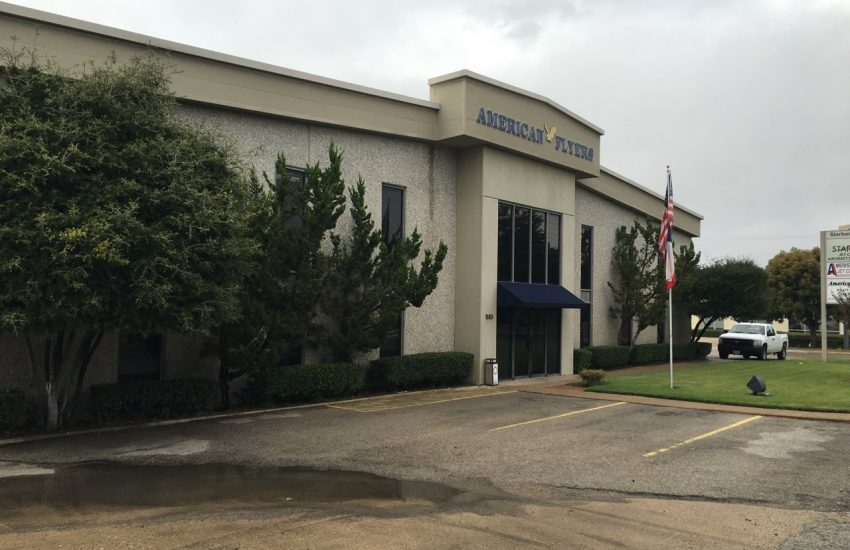 My FAA airman certificate is based on my European EASA PPL/IR and medical, which both have to be current. In addition, for the FAA certificate to be valid I need to have had a VFR Flight Review within the previous 24 months and be IFR current.

The US system to maintain IFR currency is quite different to the European one. EASA mandates an annual proficiency test with an examiner, and if not done before expiry requires additional training and recommendation for renewal before taking it.

The FAA allows qualified IFR pilots to remain current simply by regularly flying enough approaches (real or simulated). You have to have flown six approaches, a hold and some tracking within the previous six complete calendar months. If not done within the previous 12 months, then you can take an IPC to restore those privileges at any time. IPC’s are conducted by Instrument Instructors (the so called “double eyes” or CFII) rather than examiners. So it’s possible for FAA IFR pilots to use this rolling currency to avoid any IFR instruction or examination, with only the couple of hours VFR check every two years.

Although I had let my FAA IFR currency lapse by not logging enough approaches, I could easily have restored that by doing some in the UK. It’s also allowed to count those performed in a basic simulator with an instructor (but those only qualify for the next two months). Having only flown IFR twice in the US before, I thought I’d sign up for a full IPC to see how that compared with an EASA IFR revalidation.

As preparation, I scoured the FAA website which is full of extremely good (and comprehensive) pilot guidance. There’s a specific document all about how to conduct an IPC which I thought was particularly useful. I revised relevant regulations (eg IFR currency rules stated above), calculated hours flown/experience, looked up terms I’d not heard before (e.g. what’s the difference between an ODP and SID? Answer: An ODP doesn’t require ATC clearance and is typically used when departing IFR from a non-towered airport).

I arranged to take the IPC on Sunday morning at American Flyers in Dallas. This large training organisation has several bases around the US and only does pilot training. They responded promptly to my enquiry, offered me free use of their sim to prepare and access to their website which includes specially developed training videos. I watched several of those primarily aimed at first time Instrument Student Pilots.

When I asked if I could conduct the IPC entirely on the sim, it was explained that’s not possible because the IPC syllabus specifically includes a circle to land manoeuvre. That can’t be done on a static simulator – you either need a much more expensive dynamic one or a real aircraft. So we’d do some work first in the sim then take a short flight.

On arrival early on Sunday morning, I was shown the basics of their simulators. These are based on the popular X-Plane flight sim. A half-enclosed cabin houses two large display screens and a bank of realistic looking/feeling switches, buttons, knobs, levers and yoke. There are even rudder pedals, although those are so twitchy they are best avoided. I spent about an hour and a half practicing a few simple approaches into Addison and nearby, finding that I was quite rusty at the non-precision ones. I still had a few days left on my trial Garmin Pilot App subscription, so used that to download the latest plates. The sim was less good at VFR flight and really quite tricky to “land”, but very relevant and realistic for IFR. There was no charge for this solo sim practice time and I’m sure it made the sim time with the instructor more productive.

As is common in many US flight schools, my instructor was relatively new and had qualified earlier in the year. He was very enthusiastic, pleasant and professional to deal with. All instructors at the school are “double eye” CFIIs because it maximises the chances of flying, even if just departing to clear skies elsewhere for VFR.

The ground school session seemed pretty straightforward. We sat in a small office and I was quizzed about some of the basic FAA rules: currency, minimum equipment for IFR (e.g. a VSI is not required), when an IFR alternate is required and what the rules are for it, how to deal with a blocked static port (I’d forgotten you can break the glass in the VSI as last resort) etc. I was keen to clarify how to plan and file IFR, understanding how to execute the practicalities of a flight here. It seems to me that the written syllabus still covers details with the “old school” ways of flight plan forms and Jeppesen low level charts. Almost everywhere, these have been replaced by ForeFlight or similar, which does this pretty much seamlessly. You can also phone up Flight Briefing Service (1800 free number) for help anytime. We discussed how to depart or arrive at non-towered airports and the procedures around that. When filing IFR, they keep your plan on the system for at least 2 hours after the allocated time. You are supposed to file at least 30 minutes prior to off blocks, but ATC can often accept and process plans within minutes – just don’t rely on it.

We then spent an hour in the sim, where I made four approaches including a back course localiser (i.e. an ILS from the other runway end, so the left/right course deviation indicator shows in the reverse sense), a VOR hold (don’t think I’ve done one of those before – I almost got the reverse sense indication mixed up there too), as well as a standard ILS and a VOR. The sim doesn’t have a GPS display so it isn’t possible to do that, but I understand a G1000 sim is to be installed shortly.

The third and final part of the IPC involved a short flight. I was told this was because the IPC syllabus requires a circle to land, but this manoeuvre can’t be carried out in a static simulator and needs a dynamic/moving one. It was planned to make a short flight across to McKinney, where we’d make a vectored VOR with circle to land there. After a full stop, we’d then depart back to make a vectored RNAV (LNAV) approach into Addison.

The weather was unusually cloudy for Dallas with 800 feet ceilings reported. The minima at McKinney meant we would be marginal to get in with the VOR non-precision approach but confident we could return to Addison without problem. Nonetheless, we filed Dallas Love Field as alternate as required by the regulations. This was all done painlessly through Foreflight and notified to have been immediately accepted by ATC.

It was raining outside the hangar, and we pushed the Cessna 172 back into the hangar to pre-flight it. I searched out and found all 13 fuel drain test points, and checked we had full tanks. These old aircraft just keep going – this one was no real exception to many other flight schools. The equipment was all functional, six pack avionics with a somewhat dated KLN90 GPS capable of basic RNAV including approaches, but not LPV.

We requested our clearance (fly runway heading, climb 2000 feet, expect 3000, squawk XXXX, contact regional approach on XXX.XX after departure), then requested taxi. I was a bit rusty on the R/T and needed some help to read back the clearance because I hadn’t expected that format. When reporting ready for departure, you remind them you are IFR and after a short pause we were cleared for take-off. We punched through a cloud layer and were quickly VFR on top (between layers), then later fully emersed in them. Regional approach (I was surprised me they use that general name rather than including the sector) vectored us and updated our heading a couple of times. We were then cleared for the approach, with a reminder to “maintain 2500 until established”. The VOR instrument was one of the older pendulum needle types that seemed not to be very sensitive. The DI isn’t self-aligning and needed adjusting to keep in sync with the compass. Once captured, we descended through the murk and popped out just about at MDA.

On departing McKinney, we were again vectored by regional approach and cleared for the RNAV. The KLN GPS box stepped through each leg of the approach, driving the VOR indicator and lighting up/flashing prior to each new leg. Again, this is a non-precision approach (ie no glideslope), so took some careful thought about descent rates and tracking. The wind was pretty calm which made things easier. After declaring “field in sight” to the tower, we were cleared to land and I made a reasonable arrival – some of that Cessna 172 experience from my earlier flying holiday this year must have paid off.

There wasn’t much more to say, so after filling out the paperwork and getting a shiny new stamp in my logbook, I’m now good to go through to the end of May next year.

On reflection, I think the flight was a helpful introduction into the realities of the FAA IFR system. The IPC was more of a test than an instruction session (despite being given by an instructor) and seemed to focus mostly on actual flying skill and technique for approaches rather than some aspects I’d expected from the guidance material. While that is always useful, I can do that in Europe and in my own aircraft. I don’t ever expect to make a back course localiser or VOR approach outside a training environment, and would generally want to use better GPS avionics if I were to fly IFR solo. Practicing the VOR hold (similar in many ways to a GPS hold) was useful.

For my next visit, I couldn’t help noticing there’s a very smart Cirrus training centre just down the road – tempting but undoubtedly very much more pricey than training with an older workhorse Cessna 172.