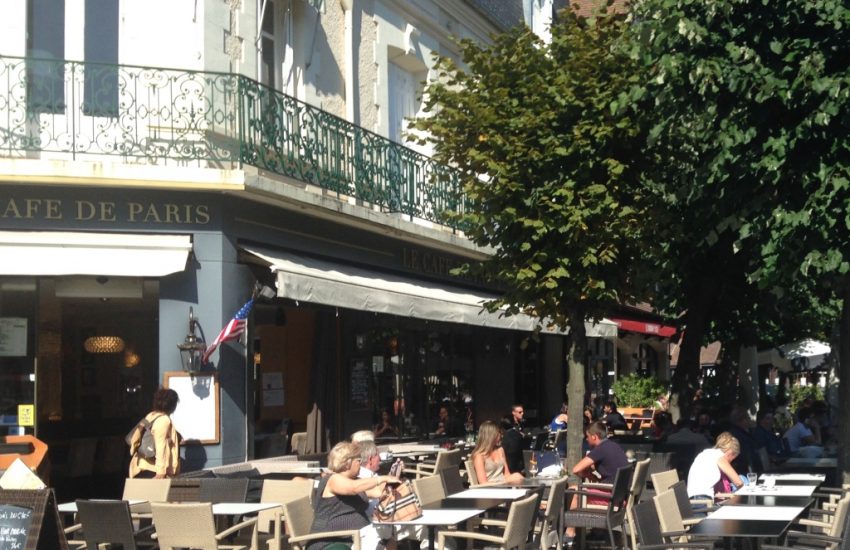 I’ve been keen to encourage more qualified PPL’s to make more use of their hard-earned licences and fly themselves to France, which takes between one and two hours from our base at Gloucester. I’ve done this over the summer with various pilots, both through the Bristol Aero Club (which insists on a cross-channel club checkout for less experienced members) and directly with a couple of aircraft owners in their own planes. My CRI (Class Rating Instructor) qualification has added some credibility although the training for it had little relevant subject matter.

Building on the theory

This has built on my Cross Channel groundschool classes which I ran last year, bringing the theory into practice. Meanwhile, regulations continue to change and enforcement is tightening up. I had my first full ramp check in Holland (where a policeman wanted to inspect all the relevant pilot and aircraft documents) and have had to present various aircraft documents in France. Most of the emphasis today is for immigration (i.e. checking that the crew and passengers are legally in the country) but all European countries are scrutiinising qualifications and paperwork more rigorously. France remains on a high state of alert and has withdrawn immigration staff from many smaller airports. Since you have to enter and depart from an official Port of Entry, this makes flight planning more restrictive and reduces options to work around bad weather. We are still fortunate in the UK to be able to use the GAR Form system which allows departure and return to any airfield with the appropriate pre-notification period. Once inside the Schengen zone, life becomes a lot simpler although there have been further restrictions in the past year (especially in France).

I described a cross channel checkout flight in a previous article.

I would normally host a ground school session first with two or more students, running through a more concise version of my class but covering most eventualities. Rather than a one-way lecture, this often evolves into more of a discussion with plenty of interaction and questions. Pilots would then research their own route and file the flight plan/GAR forms.

Some of these trips are flown with me as P1 and recording instructor time, but more have been in a mentoring role where I am an observer and the pilot records P1 time. Most are daytrips to France or the Channel Islands, but I’ve also done a couple of overnights to Tours and Dinard/St Malo. I’m learning to mentor by doing and saying less, and simply prompting by asking questions to ensure pilots are “ahead of the plane” – what’s the next frequency? when would you plan to request a change? do you think you could get the ATIS from here? what will London Info ask you for when you first make contact? what runway/approach do you expect and do you have the plate ready? etc.

It’s also been an opportunity to explore the full range of capabilities of the onboard avionics, such as the GTN650 in our club aircraft.

This isn’t about general flying skills which haven’t been in doubt and I’ve never had to take control, although sometimes had to clarify what an ATC instruction meant. For example, “Resume own navigation” doesn’t mean you can climb or descend – it only gives you freedom for horizontal direction changes at your discretion.

Rewarding for all concerned

It’s been quite rewarding to facilitate pilots to make the next step on their journey and hear that several of them have made subsequent trips, having gained confidence from that initial international flight.

I hope to do a bit more of this next year too, and will hold another groundschool session over the winter/before spring if there is demand. If you would be interested in participating, please drop me a line via the contact form. They would be held in the Bristol or Gloucester area although I’m open to running these elsewhere on request.