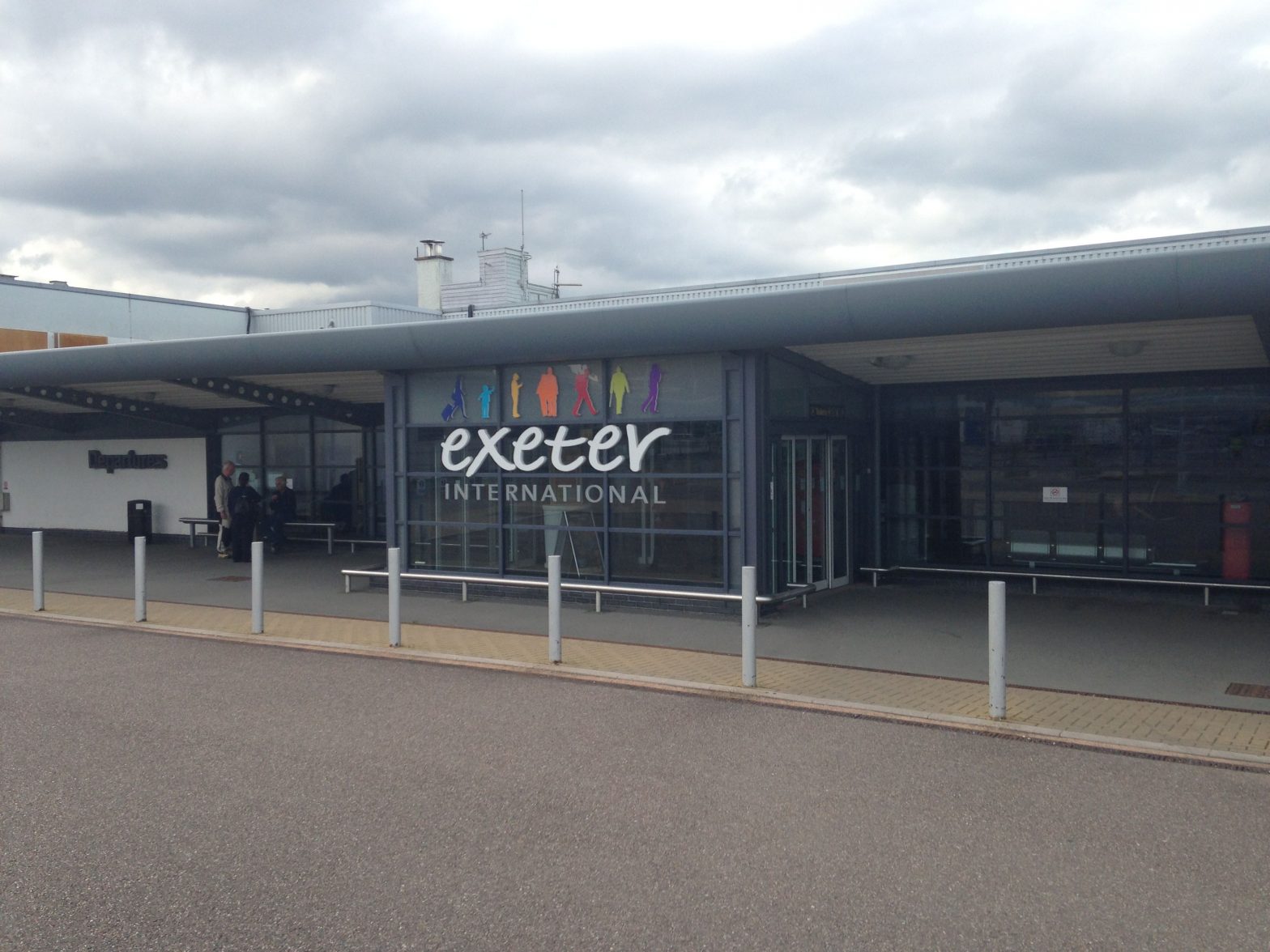 Bristol Aero Club is one of the few GA clubs with aircraft and instructors equipped to train disabled pilots. Each year we take on two or three FSDP students for an intensive 2-3 week course and usually get them to first solo level. Some become members and we’ve recruited one or two others directly. Private flying isn’t a cheap sport, so finding a pilot with the combination of disability, adequate finance, determination and skill is still quite unusual.

Mark has not only gained his PPL but over the past year achieved the IR(R) through the club. I recall meeting him a few times in the club house, sweating after an intensive IFR workout in the air, and remember how much of a challenge that training is for any pilot.

He suggested sharing a flight in the club PA28 somewhere that we could fly an RNAV approach and Exeter was decided as our destination. Mark would fly outbound and I would fly back. At this time of year, that meant a night flight. We discussed the outbound route, where Mark had thought to fly down the Severn keeping clear of controlled airspace. I drew a straight line which pretty  much goes directly overhead Bristol Airport and suggested we ask for a transit.

Physically getting into and out of the aircraft is the most arduous part. The wheelchair easily dis-assembled by taking the wheels off (a bit like you can with some bikes) and fitted onto the back seats. Once seated, the only difference is the hand control to operate the rudder which fits into the tube as shown below.

We’ve just had the aircraft properly valeted, with a full polish so the paintwork sparkles. 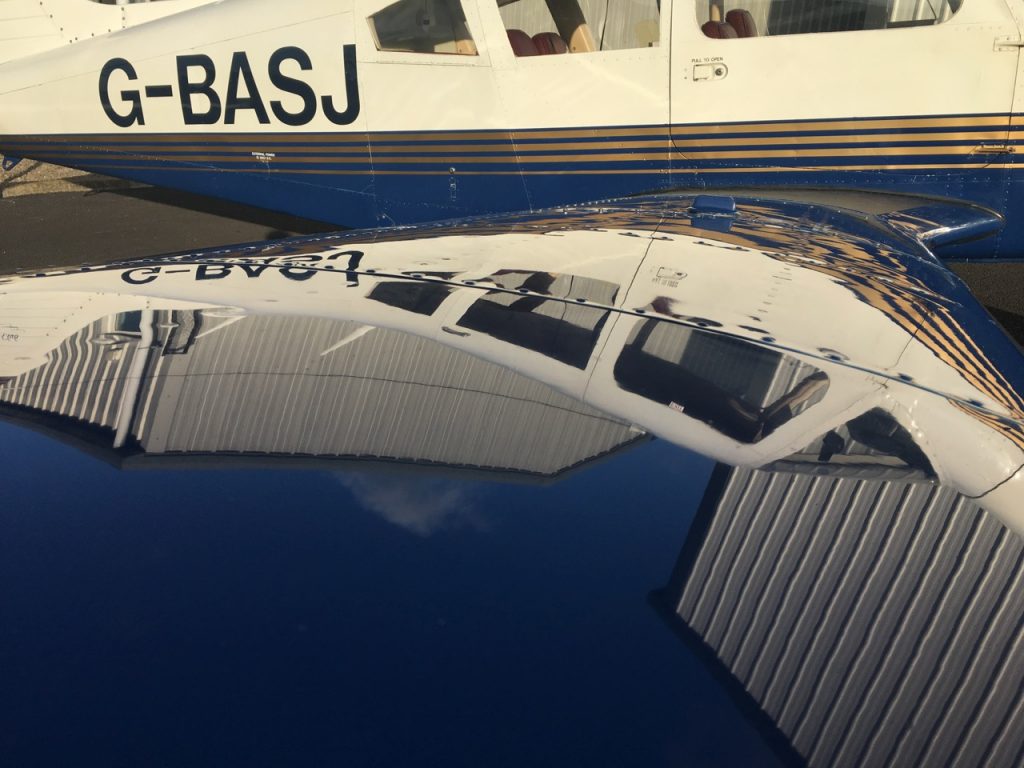 Our departure on runway 04 was pretty unremarkable, with Mark being particularly scrupulous about following the checklist. He had been keen for me to show him the full range of functions of the GTN650 and so had entered a flight plan before take-off. We agreed beforehand that I’d talk on the radio and he’d fly the plane and  do everything else. I requested a transit through Bristol overhead and we were very pleased when this was co-ordinated. Initially given a clearance limit north of the runway, once we’d advised the tower than we had the airbus on final approach in sight, we were cleared to route above and behind it. That’s just in case it had to make a go-around for any reason – having us well clear avoids any potential problem. We got some great views of the airport itself and the Airbus touching down. You can make it out on the runway below.

Bristol tower handed us back to Approach, and it wasn’t long before we were talking to Exeter approach to negotiate our arrival. I heard another aircraft requesting the RNAV a few minutes ahead of us, so was pleased to be told to report at the initial approach fix, and be cleared for the approach in due course without any delay.

Mark flew the RNAV 26 flawlessly and I was impressed at the gentle touchdown. Managing three hand controls simultaneously (yoke, rudder, throttle) takes some doing. I understand the general principle is to set the throttle and work the other two, with an occasional power change, but to be honest I wasn’t really watching that closely.

The trek from the south apron GA parking is quite a long one, and made more difficult for wheelchair use by a path of broken gravel. The steep ramp up into the clubhouse was also quite severe. You don’t tend to consider these aspects when fully mobile. The welcome and efficient service from Aviation Southwest, the flying school that also takes landing fees from visiting aircraft, was as good as usual. We went to the main terminal cafe for a coffee and a chat before returning.

My turn to fly, and it had got dark by this time so was logged entirely as a night flight. I chose  not to route through Bristol overhead but instead up the side of the Severn estuary which always has great views. I did ask for a transit at 2500 feet but with airline traffic arriving and departing, I could only be given 2000 feet and to keep west of the M5. In the dark, you get a sense the ground is closer than it really is but can’t make out potential forced landing areas. Mark played some more with the GTN650 menus and I showed him how to load frequencies for nearby airfields and navigation aids amongst other features.

The strong north wind meant the return leg took a lot longer than the outbound one, and I extended that further by routing east and flying the RNAV27. It was fairly quiet by this time (almost 7pm) so it felt like we had the airport to ourselves.

The club move to Gloucester has meant that we have more IMC rated pilots and some have regained their rating and/or currency. We should be able to arrange a few more buddy flights and practice approaches between ourselves. Apart from getting in and out of the aircraft, flying with a disabled pilot wasn’t really any different.

You can tell this wasn’t flown on autopilot. My height keeping wasn’t great on the return leg, probably because I was enjoying the views, but I did keep within the tolerance set for my transit through the edge of Bristol airspace. 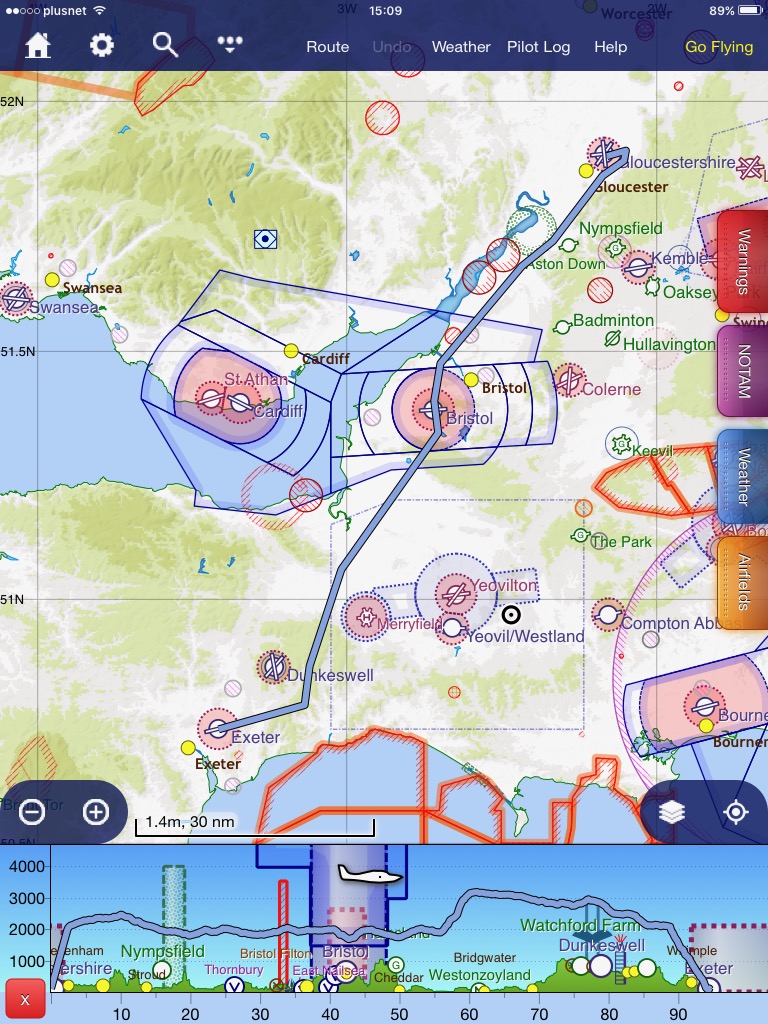 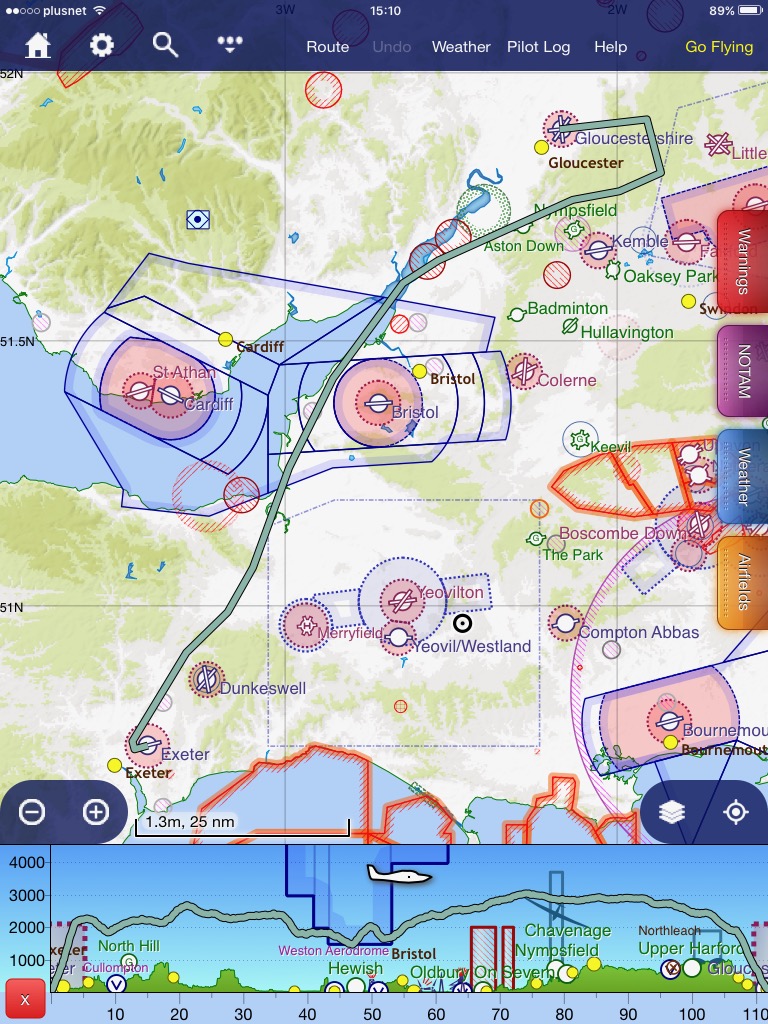