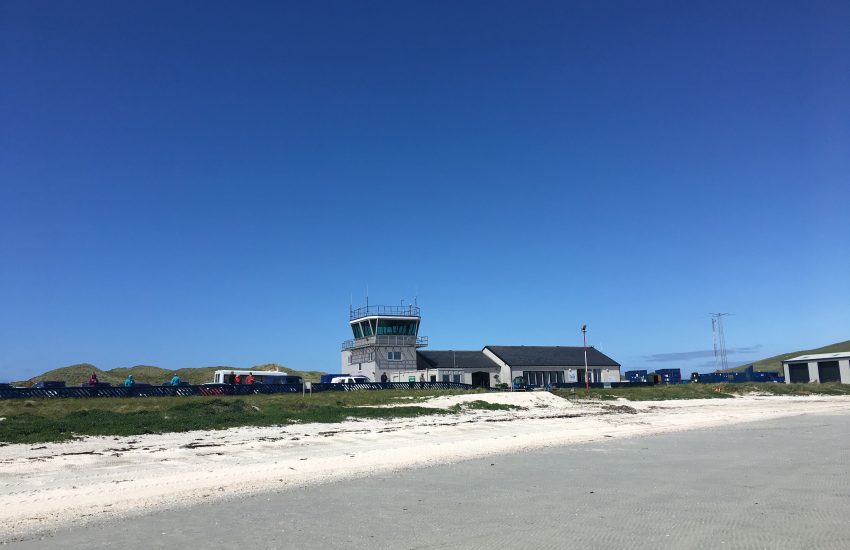 Another year with some definite highlights and quite a bit of variety. I finished it off today with a short club fly-out to Shobdon and back from Gloucester as a passenger.

The highlight was unquestionably the beach landing at Barra airport in Scotland, as part of a three day tour which saw some pretty bad weather that relented just at the right time for our arrival. I again enjoyed a week’s flying holiday in California, visiting many places we hadn’t time for the previous year. I’ve done a bit less in the TB20 for various reasons, with one big trip being a long weekend to Copenhagen.

On the admin side, I’ve been very involved in Bristol Aero Club and oversaw its move from Kemble to Gloucester airport and the introduction of a new online pilot accounting system. The club has made good progress in its new base and has plans to address other aspects.

I’ve made some use of my CRI rating again, primarily championing pilots to fly cross channel. I’d estimate about half of my cross channel flights are logged as mentoring rather than instruction, but that included a couple of overnight stays with pilots in their own aircraft which has added to the variety.

Although I’ve not posted anything about it so far, I’ve been pretty busy over the last 6 months working towards a full Flight Instructor rating. This involves passing 11 theory exams for Commercial Pilot Licence (CPL) – I get to skip 2 others (Met and HPL) because I did them for my Instrument Rating. I’ve passed 6 so far. There’s also a six week practical flight instructor training course, again about half way through with 16 of 30 hours flown to date. A goal for 2018 is to be fully qualified to instruct for instrument ratings, which EASA calls an FI-IRI (similar to the FAA CFII).

1: Instructing and mentoring others to fly further

I like the social side of flying and enjoy encouraging other pilots to make more use of their licences whilst also wanting to stretch my own capabilities. I’ve been able to do that through a mix of cross channel checkouts with the Bristol Aero Club, directly mentoring pilots in their own aircraft to make their first or a more advanced overnight trip abroad.

The week in California was packed full with many different destinations. It’s a real joy to fly there, with so many facilities, great ATC, lots of choice of airports and welcoming staff and pilots at every destination. We ranged far and wide, from San Diego in the south to Palm Springs, Long Beach, flying directly overhead LAX and almost alongside the Hollywood sign near Beverley Hills. Thanks to Phil for organising and Deb for accompanying us.

Made it at last to the May one in Roskilde near Copenhagen Denmark, routing outbound via Grongingen/Netherlands and returning via Bremen/Germany. We met about 30 other pilots who had flown in from various countries including Peter who seems to spend most of his waking hours supporting this thriving European community of recreational pilots. I’ve even got the T-shirt.

It’s hard to see what I can do to promote this further. Progress (from the UK CAA anyway) has slowed even if it’s ramping up elsewhere throughout Europe. I hear that there’s some hope of unblocking the CAA approval backlog next year but I’ll only be convinced when I see published approaches appear.

I did arrange that both club aircraft are fully approved for LPV and have up-to-date databases (as is my TB20) and have been mentoring several IMC rated club pilots by flying these at nearby Exeter, Cardiff and Gloucester. I flew one of the recently approved LPV200 with low minima at Bremen, which was almost as much of a non-event as any other. With new Europe-wide regulations that all IR pilots must be PBN qualified by next August (if they want to fly RNAV approaches), I would expect to see growing interest.

There’s quite a lot still to do. Finish off the practical Flight Instructor course and pass the Assessment of Competence, then gain experience with 100 hours instruction and 25 solo signoffs, then undertake the IRI training course and flight assessment. Oh, and study/revise/pass the remaining 5 CPL theory exams. That should keep me busy at least until the summer.

This is a major commitment and many other interests may have to take a back seat. At least the instructional hours can be for almost anything, not just ab-initio or trial lessons, and do include the CRI instruction I’ve given to date (but not the mentoring). So cross-channel checkouts remain firmly on the agenda.

2: Some longer trips into Europe

I’ve felt that I’ve not made as much use of the TB20 as I would have liked this year, so will try to schedule some long weekends and go a bit further. I’d hope we also have at least one club multi-day trip, as we did to Scotland and France this year.

3: Keep up with PBN developments

PBN (primarily about the use of GPS for both en-route and instrument approach/arrivals) continues to evolve, and I’d like to ensure I continue to be up to speed and involved with its adoption.