One of our Bristol Aero Club members booked a PA28 at Gloucester and asked around if anyone wanted to fly with him. Mid-week can be difficult for many but I was able to join him. John has made a long bucket list, and the top one on his list today was Elvington – the country’s largest independent WWII air museum, set up to look like a working RAF base. It’s very close to York in the centre of England.

Compared to many other days in April, we had glorious weather – sunshine with little haze.

John flew the first leg up there and we landed on what seemed like a huge runway – although the marked landing area is a smaller proportion of the available concrete. For good measure, he requested (and was granted) direct VFR transits overhead Birmingham and East Midlands enroute. Good practice and perfectly executed by both pilot and controller. 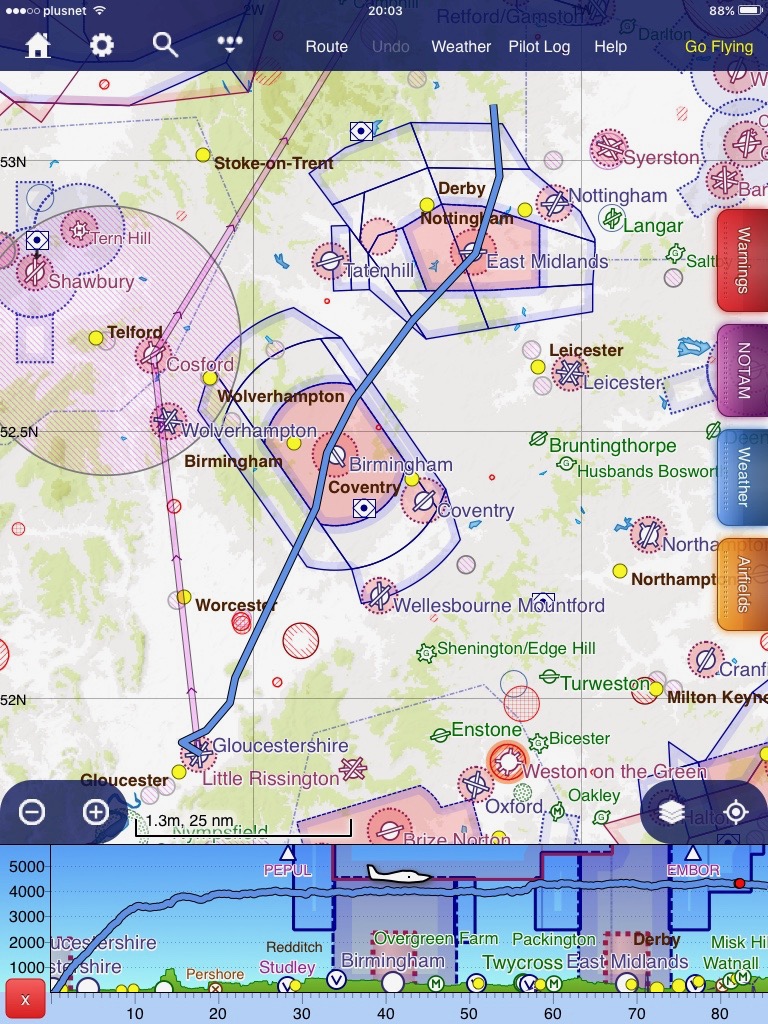 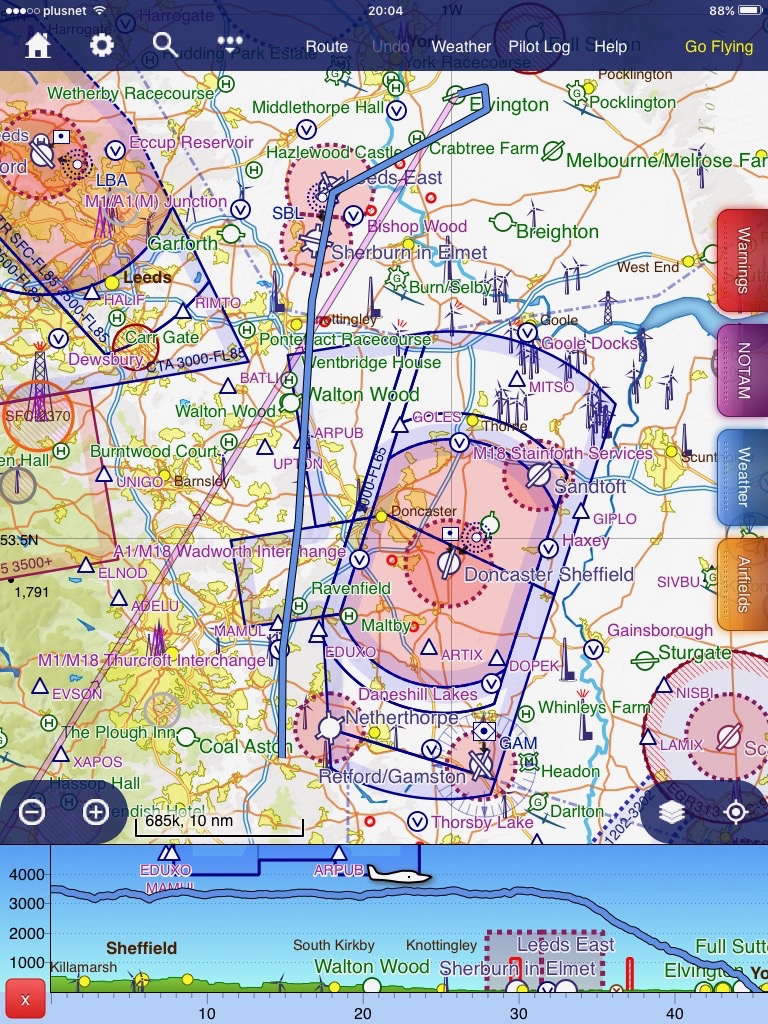 Elvington has an air/ground radio service but it isn’t always manned. There was no traffic when we arrived, making it simple to join downwind and land. We were marshalled into parking and driven the short distance to the airfield office. It seemed a bit overkill when we were the only visitors, but it can get busy on a sunny weekend and there wasn’t the huge handling fee associated with larger airports.

My turn to fly and I was advised that it’s perfectly feasible to begin your take-off run well before the marked runway. The concrete did look in good condition so I practiced a short field take-off and was quite possibly airborne before actually reaching the runway itself.

Wickenby has recently changed to an 8.33kHz radio frequency, which was NOTAMed and the controller at Humberside (who had given us a Basic Service while we passed close by) was proactive to ensure that we had understood that. I’ve heard controllers emphasise by using  the term “Channel” when referring to 8.33 frequencies as opposed to just giving the number for older 25kHz stations.

The grass parking area at Wickenby is huge but can be quite soft, so we parked up on the hardstanding after refuelling. It looked a nice setup there with an active flying school, a small museum and a cafe. The museum was much smaller than at our last stop – basically just one room – but had several navigation instruments that reminded me of my recent CPL theory course. 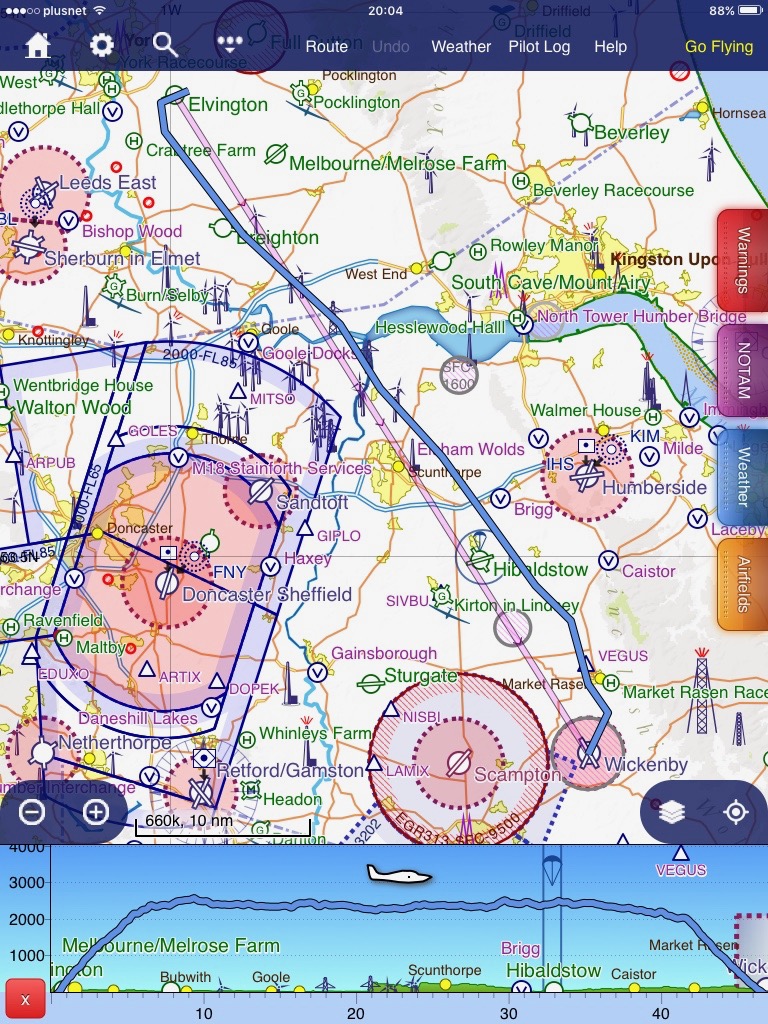 We thought we’d have one further short stop to break the trip into four segments, and nominated Leicester. It’s had a bit of a make-over since the club management changed last year, and seems to be in good shape. 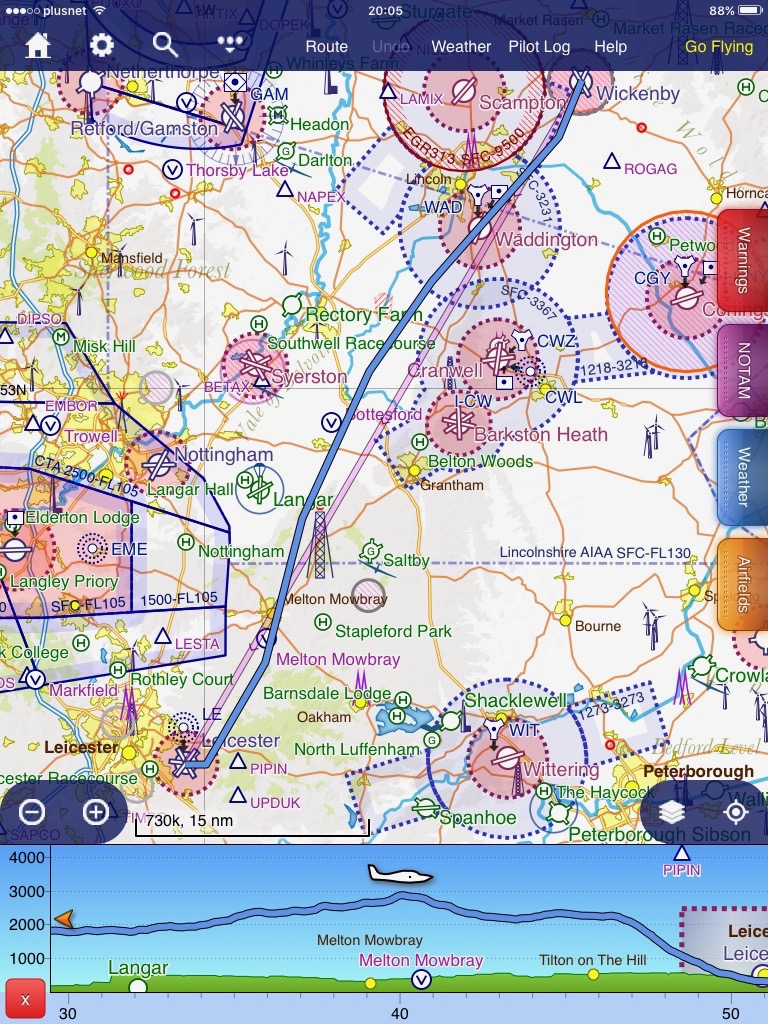 Unlike John, I chose to remain outside controlled airspace for the final leg back to Gloucester but did take advantage of the opportunity to practice an RNAV approach. The aircraft is equipped with a GTN650 just like my TB20, and is fully approved for these. Otherwise, it was uneventful. 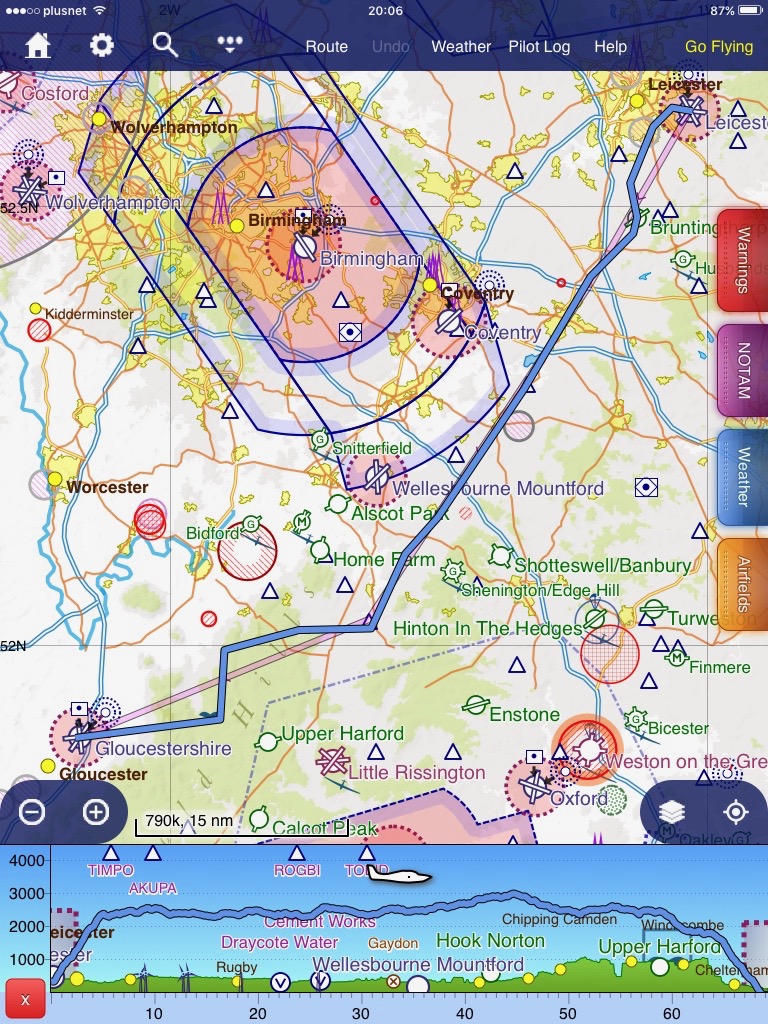 Overall a great day out, packed a lot in, and extremely fortunate with the weather which has been poor for VFR flying for many weeks. The total flight time for the whole day was exactly 4 hours.