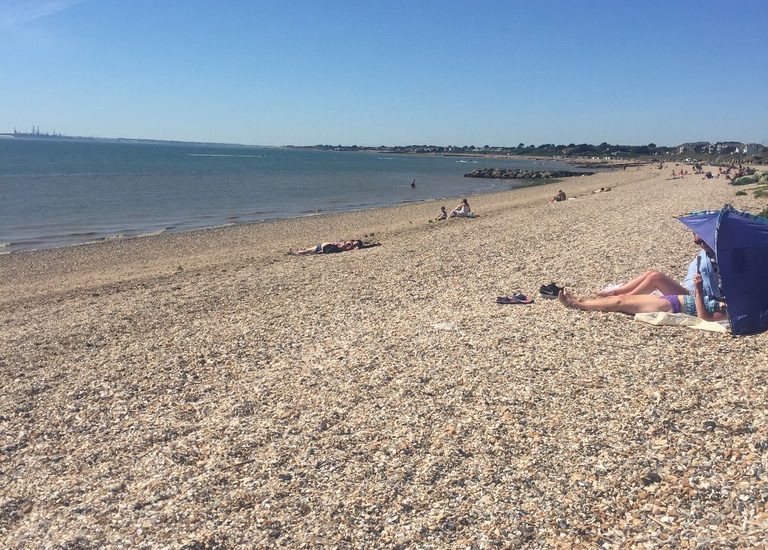 The UK government has relaxed lockdown regulations in England which now permit solo flights optionally with members of your own household. Flight instruction is not allowed although a few commercial schools have found a workaround by locking down both instructor and students in their own household bubbles, sharing accommodation as well as training facilities, but all CPL/IR skill tests have been suspended.

During the interim, AOPA UK and others made the case for Engine Health flights to allow aircraft to be flown on short local sorties to avoid degradation of the engine. They were restricted to remain within 10 miles of the airport and preferably at higher altitude to reduce noise impact.

I flew one in CORB last month from Gloucester and my co-owner flew this month’s. As you can see below, I briefly held west of the airfield before returning to runway 09 while a visting Air Force Hercules performed a low approach and go-around.

With over 70 hours logged this calendar year, of which 40 in the same type including an IR Revalidation shortly before lockdown, I felt reasonably current but was aware that even a few weeks gap would have reduced my proficiency. If I had not flown the month earlier then I would have made it a solo flight, but thought it reasonable to take the family along.

After quite a bit of research about where was open and what was possible, I arranged to fly my TB20 G-CORB from Gloucester to Lee-on-Solent for a day trip to the beach with my family. Like many others, we were all suffering from cabin fever and keen to get out. The weather forecast was ideal – at least 25C of sunshine. The aircraft was adequately fuelled and all the paperwork in place. I completed the PPR form online with Lee, also phoning on the day as well as emailing my request to Gloucester who agreed to allow my return on indemnity if the tower was closed.

The CAA has published some guidance notes for GA pilots returning to flying after a break. Some might interpret this an unnecessary trivia from a nanny state, but I found it helpful to read through and consider. I did my research on what airports were open and what services to expect – frankly the NOTAMS weren’t a lot of use. There was the usual irrelevant stuff about not overflying Syria or Libya, much about COVID-19 tips (including that tall masts/buildings may not be lit up at night) which I think belong elsewhere. Those documenting whether airspace was open or shut included plenty of caveats (we might reopen at very short notice, but if no answer then just consider the airspace free to use). Airport websites and NOTAMs give a very incomplete picture. Perhaps this is one instance where the UK practice of telephoning for PPR to any airport you want to visit has a lot of merit.

As usual, my wife drove us to the airport and the family sat outside in the sun while I concentrated on getting the aircraft pre-flighted and pulled out of the hangar. I prefer to do it that way to avoid distractions. It usually takes me about 20 minutes depending on how many other aircraft need to be moved around. There was no rush and nobody else about although the engineering workshops next door (RGV and Aeros) appeared to be working normally.

After checking there was no ATIS available, I self-announced my taxi to the hold for power checks. Shortly after that, the tower came online and an ATIS was broadcast. I was only 1 millibar out on the pressure setting and had chosen the correct runway for the wind (200 at 6 knots). A twin engine executive aircraft (Beech 300 King Air) announced themselves ready approaching the hold at the same time, and the controller allowed me to line up in front of them and depart first because they required a full length backtrack.

It did feel great once again to feel the aircraft lift off, raise the gear and climb away. I was well to the south of the runway track before the other aircraft took off. Heading south, I kept well clear of Nympsfield gliding site which I suspected might be open but saw nothing.

Listening to Bristol Radar was strange – it was a single controller bandboxed with tower and ground – so we could hear everything from an Easyjet getting departure clearance, ground vehicle making runway crossing requests to private pilots asking for transits. Despite the combined service, everything seemed to be quite relaxed, the controller had time to help everybody and transits were easily gotten.

I tried to contact Yeovil Radar for a LARS service – it was notified as being open – but could not raise them. Possibly finger trouble on my part selecting a frequency. Bournemouth next, definitely open all day and providing a good service. It was either a controller changeover or perhaps a trainee on duty when I passed my message because after a delay a different controller replied. My initial call was from 25 miles out, requesting a zone transit.

They helpfully pointed out that Solent Radar was closed for another 30 minutes, so I could just route direct and wouldn’t require clearance through Southampton airspace. But we wanted the scenic route, so I requested a zone transit overhead and was granted with “own navigation” (i.e. very flexible about what route I flew) with just a requirement to report any level changes. We wanted to fly over a friend’s house to take pictures, which we did at about 2,000 feet. Some paragliding activity was reported along the coastline so we turned east early.

The views of the Needles and Hurst Castle are stunning, especially on such a lovely sunny day. There were a few yachts out, also permitted but only with members of your own household which would make crewing difficult for many and I understand no berthing (briefly or overnight) at other marinas. The Isle of Wight ferries were running. I called in my arrival to Lee Radio (they weren’t operating AFIS today) with 10 miles to run just as two other aircraft reported similar ranges from different directions. The sensible thing was simply to savour more views of the Solent by flying a wide circle between Fawley power station on the mainland and Cowes on the island, spotting Osborne House. We saw one other light aircraft, not on frequency, which flew above us in the direction of Sandown.

The short delay made for a relaxed downwind join turning around the housing and positioning for final. I think it had helped flying this in my simulator the previous day, with the visuals looking remarkably similar in real life. I nailed the speed on final and slowly powered back for what was a greaser of a landing. Parked up on the grass alongside at least half a dozen other small aircraft which were visiting for the day. I was pleased I hadn’t forgotten how to fly.

The airport office was manned to take landing fees, paid by contactless card. Toilet facilities were open but the cafe was shut, even for take-aways. We were able to socially distance from other pilots and staff without any problems. I was reminded that the airport closed at 16:30 but if I had wanted to depart after that, I could pre-arrange to do so under indemnity by filling out a form and showing my insurance certificate. I’d say that was a very helpful and positive attitude by airport management, radically improving the access and amenity they provide.

It’s a very short walk along an access road to the beach, and thereafter perhaps 10-15 minute walk along the road or promenade to the town. Three shops were open for take-aways selling ice-creams and soft drinks to well ordered short queues of customers socially distancing as done at larger stores. The beach itself was far less busy than the normal summer peak, and on the whole everybody was doing their best to respect distancing measures. Nothing like the crowds I’ve seen reported elsewhere. I was slightly surprised not to see anyone wearing masks (except for take-away shop staff) but noted the general absence of senior citizens.

We sat on a bench to eat our home-made picnic lunch, enjoyed an ice cream, lay on the beach soaking up the sun and a couple of foolhardy family members briefly went swimming in the sea – pretty cold at this time of year. It didn’t seem long before it was time to leave – I had to encourage people to get moving because I had chosen not to fill in the indemnity forms.

After a quick all round aircraft check including fluids, we mounted up and taxied to the hold behind an Arrow returning to Elstree. Departing to the north, I immediately contacted Solent Radar for a transit. It required quite a significant turn to remain outside their controlled airspace. I was instructed to standby several times (to which I didn’t respond) while they dealt with another pilot struggling to control his transponder, and in the end suggested he just ignore. My VFR transit was approved immediately only restricted below 2,000 feet, allowing us to explore areas of Southampton not normally possible just south of the runway threshold.

The warm weather was causing some convection and turbulence, so I routed back almost directly to Gloucester at around 3,500 feet tracking east of the danger areas. I wasn’t able to raise Boscombe LARS although the NOTAMS indicated they were open. Brize LARS was operating normally, as it has done throughout, giving great service and noting significant glider activity. An early call to Gloucester Traffic heard a helicopter departing to the north, but otherwise the channel was clear as I made a full overhead join. The windsock indicated almost a 90 degree crosswind (compared to the 60 degree crosswind reported at Brize) and I did briefly consider if I needed to switch runways, but made a gentle and smooth circuit for runway 27 without needing to worry about spacing from other traffic.

Although the tower was closed, ground staff were still operating and self-announcing vehicle movements but I didn’t encounter any other aircraft movements.

After the usual tidy up, paperwork, hangaring etc, we could drive home satisfied after a very enjoyable day out. While I can’t repeat this with anyone other than my immediate household, can’t instruct and can’t fly abroad, I still felt very privileged to be able to take to the skies again and fly somewhere.