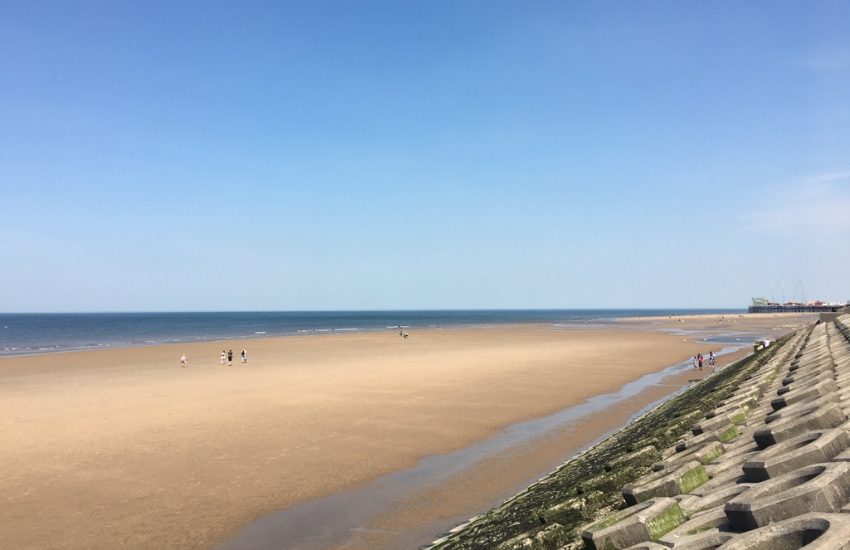 COVID-19 restrictions currently allow me to fly solo or with household members, and today’s flight in my TB20 from Gloucester was intended to help keep me current until flight instruction resumes. After checking which airfields were open, I decided on a double landaway at Blackpool and Sherburn-in-Elmet. I’d also transit overhead several regional airports to get a view of their level of activity. I did phone Manchester ATC to see if I’d be allowed to practice an instrument approach there, but they were limiting GA traffic to transits only.

Both Gloucester and Blackpool airports were operating on a time-slot basis with reduced ATC staffing who require breaks. This meant aligning my departure and arrival times to when each were open. The first leg was about an hour, so I aimed to depart no later than 10 a.m. and land around 11, just before the window closed at 11:15.

The NOTAM check was once again more than a little frustrating. So many of these warnings increase the clutter and reduce visibility of the more relevant ones – a low signal to noise ratio in engineering parlance. In addition to the customary warnings not to overfly Libya or Syria (surely these have been in force for many years now and are just distracting), everybody now seems to want their own COVID-19 message. Rather than just pointing everyone to a single comprehensive document (there is one), we have specific warnings such as highlighting that not all tall objects will be lit at night – surely these belongs in a separate briefing document.

Blackpool’s NOTAM flummoxed me. It starts with AD Closed. Can’t go there then can I. Well actually I can, because it’s only closed during the ATC rest breaks, listed subsequently. I phoned them to confirm this was what was meant. Why not say the airport is open except during the following times? In fact it has has been open throughout, just with reduced ATC.

I had remembered to update SkyDemon with the latest AIP information, checked for weather, PPR’d everywhere.

Easterly winds meant departing from runway 09, after pre-flight avionics configuration the long taxi to the hold gave plenty of time for engine warm up and gentle taxi checks. I was in no particular hurry, and being aware that I wasn’t as current as normal, took my time.

LARS service from Shawbury was available so I took advantage of that. Hawarden was also operating, and I asked whether I should also speak to them prior to Liverpool (through which I wanted a transit) or not. Your choice, the controller said. I opted for Liverpool, which was the better option since their controller was busy and asked me to standby while he dealt with something else. A couple of minutes later, as I was approaching their zone and thinking about avoiding action, the controller asked the aircraft at Chester to identify themselves. That was me, and I requested a VFR zone transit on track Blackpool. I did get my transit fairly quickly, not above 2,000 feet routing up the M53 then following the south bank of the Mersey around to the north west.

A solitary EasyJet departed Liverpool Airport while a smaller commercial aircraft flew a visual approach above me. It wasn’t that busy. Thereafter, I freecalled Blackpool where I could hear a few other aircraft on frequency. I thought I’d practice my GPS OBS skills, and requested a straight in for 08, effectively self-positioning for the NDB approach but flying it visually. Having practiced similar techniques on my home flight simulator recently I thought I’d have this cracked, but somehow initially overlooked resetting the course pointer to the inbound track – my excuse being that my simulator does this automatically. At least that was spotted before I flew through the approach track and I was able to use that to fly a reasonable inbound track profile to land.

The airport was quietly active with some people around all the hangars. The facilities at the office include access to toilets and a pilot briefing room. Friendly and helpful staff at the desk. Payment by card wasn’t contactless probably because the finance department didn’t want to risk increasing the £30 limit on their card machine, so required PIN entry, but there was a bottle of gel provided next to it. Last time I visited was on a training flight, and I’d forgotten that pre-booked training sorties get a significant discount.

Blackpool enjoys a large beach area, and although there were many people there, it didn’t seem crowded – nothing like the pictures we saw from Bournemouth or elsewhere. There were quite a few cyclists on the main promenade, but not enough to cause congestion or bother. The tram wasn’t running, so I walked along the prom towards town, looking at the many hotels and guest houses that would hope to open up again fairly soon. The funfair was testing out their roller coaster pending re-opening in a few days. It felt like February or March at the start of the holiday season, as though the town was gearing up for a busy period. But the fine warm weather meant lots of people were out on the beach, a few even went for a swim, and you would have expected a lot more visiting traffic on the roads than there was.

With ATC closing again at 1:30, I needed to get back to the airport and set off on my next leg before the next closure. Although VFR, I asked for my departure clearance before announcing ready at the hold. It helped to discuss that there was (presumably a commercial student) flying the ILS procedure on runway 26, and so flying reciprocal course to me departing from 08. I was asked to turn left after departure and fly about 2 miles or more north of the inbound track. Slightly unexpectedly, I learnt that Warton Radar was operating – I’m sure my trawl of many NOTAMS had indicated they were closed – so I benefitted from a full traffic service as I progressed eastward.

Leeds-Bradford was next, and I asked for a transit overhead which was granted at 3,000 feet. It was a little turbulent at times due to the convective warm air in the early afternoon. There were a few airliners parked up at the airport and little commercial traffic. I was about 10 miles west of Sherburn when I changed frequencies and listened to sense what was happening.

Sherburn were not operating any ground radio, so all pilots were self-announcing their movements. I could hear two in the circuit plus one other arrival. While I was well positioned to make a straight in approach, I thought it best to fly a full overhead join, and this allowed plenty of time to adjust to the local circuit pattern and fit in with the other traffic. The runway is somewhat narrower that the large airport I’d just left from, but plenty long enough to make a good touchdown.

The airfield is home to both a thriving flying club and a commercial ATO. The ATO was operating (commercial flight training is allowed) while the club was limited to solo hire. A one-way pedestrian system was in place that required walking around to the front (car park) entrance and through to the desk, then back out to the garden. The cafe was open (not just at weekends as stated on their website), with a take-away window serving the typical British pilot fayre. Some maintenance work was going on around the fuel pump are of the apron, and I could see others working on aircraft maintenance. Several members were keeping current with short flights and circuits. The picnic tables outside were ideally placed to watch the world go by at lunchtime.

Self-announcing my departure to the south, I made my way back to Gloucester to arrive before their closing time of 4pm. The hot weather meant some low level turbulence by the afternoon. I’d opted for a route that would pass west of Doncaster Airport then transit East Midlands and Birmingham, who both granted a zone transit without too much fuss. There’s a very short timeframe between the two, and if the transits aren’t co-ordinated, it can mean you are stuck in the gap between them. My Birmingham transit clearance wasn’t issued before I had to turn south for a minute or so, but thereafter could quickly return to my requested path. Not sure what the delay was caused by – there wasn’t anything else on frequency – but often controllers are on the phone or talking to their assistant about other matters that you don’t know about.

I thought I should practice an approach back into Gloucester, so I flew the RNAV 09. Another aircraft requested it just before I did, but was much closer in so the delay just involved a couple of orbits. In retrospect I wish I’d asked to make a GPS hold at the initial approach fix, which the GTN650 box facilitates well, but didn’t think to ask. One for next time.

Refuelled, cleaned, parked in the hangar, I was done by 4:30. Spent some time on admin/IT at the club before returning home after a very enjoyable day out. My car told me it was 33C and the weather forecaster reported it was the hottest day of the year – thank goodness for air conditioning.

Solo flights are quite a relief at times after a lot of intensive instructing but I am missing the camaraderie of flying with others, whether passengers or students. There is a sense that there will be much more flying activity opening up in the weeks ahead.