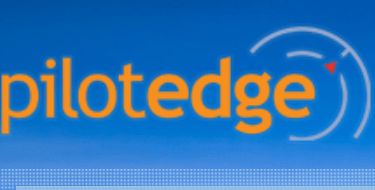 Unlike VATSIM, IVAO and similar online aviation networks, Pilotedge is very much more aimed at GA pilot training within US airspace. It employs qualified controllers who man all the of the positions at towered airports in Western USA, avoiding the problem of sparse or intermittent coverage. Structured training and hour building programs encourage you to expand your knowledge and familiarisation of the US VFR and IFR procedures. Sometimes it does feel more like a classroom, with the controllers actively pointing out errors and requiring correct behaviour, but it’s a great way to learn, making good use of time and effort so that you maximise any time spent flying there.

I’d strongly recommend the program for foreign pilots planning to visit and rent aircraft there, as well as for residents learning to fly, move on to IFR or just wanting to maintain currency.

Unlike VATSIM, this is a paid service with monthly or annual subscriptions that fund paid staff. There are two options, the basic service covers southern California and Las Vegas while the premium service opens up more of the Western USA. A free trial of up to 5 hours allows you to test the water.

Being Western US based, it operates 8am to 11pm PST 7 days a week which equates to 4pm through 5am UK time. Great for those dark winter evenings. The number of controllers is increased during busy times but I found weekends, especially Sunday afternoons, could get a bit overloaded whereas Mondays were fairly quiet.

A small number of controllers, sometimes just a single person, man all the positions. You have to select the correct frequency before speaking but can hear all the controller talking on all other frequencies in the area. You will also hear other pilots depending on their proximity and can listen to ATIS. It takes a little getting used to, switching from ground to tower to approach and hearing the exact same voice. But it works well. At busier times, you’ll find the ground/tower positions split from the approach/centre. More sectors at weekends.

After the registration formalities, you use the same username/password combination to log on to the website and via X-plane (other flight simulators are also supported).

Configuration was straightforward and the detailed instructions very clear. Just one X-plane plugin, no standalone software program. I’ve found I can have both VATSIM and Pilotedge plugins installed, and just use the appropriate one as required. The one glitch I had was that xPilot changed the X-plane command mapped to my PTT switch to an xPilot special. Changing that to “Call ATC” worked for both systems. There is also a tick-box option in the xPilot configuration settings for Pilotedge that I set. Sound quality was good and degrades realistically as you venture further away from the transmitter.

In order to use your onboard GPS, especially for IFR procedures, you’ll need your navigation database to be set to worldwide or US rather than just Europe. For those using the built-in X-plane GNS430 or G1000, Navigraph offer an update service that matches the real-world AIRAC cycle. For those using RealityXP with the Garmin Trainer to simulate a GTN750, note that this uses a separate database built into the trainer. One workaround is to select a different aircraft type with different avionics when flying on Pilotedge, so that it uses a different database. Alternatively, you can just file indicating you don’t have a GPS and controllers will provide vectors or use ground aids.

Pressure settings are all in inches rather than hectoPascals, so you will want to ensure you have an altimeter you can set in this way. On my Air Manager instrument panel, I added an altimeter from a Baron which shows both in digital form.

The default VFR squawk code in the US is 1200 rather than 7000. It’s a configurable parameter in RealityXP, and these configurations are aircraft specific. So again, if you choose to have a separate aircraft when flying in the US then this can be set to the relevant default. When flying IFR, you’ll always be issued a squawk before leaving the ramp so this is rarely needed.

You might also want to choose a radio selector set to 25kHz frequencies to avoid needing to turn the dials quite so much as needed with 8.33kHz used in Europe.

As in the real world, VFR flight plans aren’t required (unless taking a test) but they are mandatory for IFR. The Pilot Centre section of the Pilotedge website has extensive resources: File a flight plan, view ATIS for any towered airport, search for any recent flight (similar to FlightRadar24), view your own past flights and progress.

An independent website MyFlightRoute.com provides further insights and tools including all aircraft online, weather, flight route planning and debrief. I used Skyvector.com and Simbrief.com (both free websites) to select/view routes. Simbrief can file flight plans into Pilotedge too.

ATIS can be viewed on the PilotEdge website and/or heard on the appropriate frequency. The system generates its own sequence of information letters between Alpha and Yankee used when calling for taxi, approach etc.

As with VATSIM, you can set the time on your own simulator to whatever you want. In practice, real-world time worked well for me since I was using it during Californian daytime. Although the weather in California is often pretty good, they can have storms and low cloud. Pilotedge have a workaround where you can state ATIS Zulu and use your own weather if you want. I used this a couple of times during storms – you’ll need to ignore the altimeter settings given by controllers and just remain on 29.92/1013.

This structured program advances you through from flying VFR entirely outside controlled airspace, just making traffic calls, on to using towered airports, flight following and transiting Class Bravo airspace. Each lesson has a very clear purpose, good explanation and detailed R/T script. There are also videos of each flight.

You can fly these standalone, practice them on the network and when ready take these as a test. You must file a flight plan and state on first call that you are taking a test, but thereafter everything is as normal. As long as you don’t crash or violate procedures (e.g. bust airspace, don’t follow clearances, can’t be understood, taxi the wrong way) then you’ll pass. They don’t expect perfection but would expect you to “say again” or even ask for clarification if you don’t understand something. At busy times, the pace of R/T can be rapid fire (as in the real world) so best if you know what you should be saying and expecting to hear back. This is where the detailed scripts help, but since it is a dynamic environment you’ll find they don’t always follow it exactly.

There are about a dozen ratings which you must do in sequence. You can attempt up to two in any one day, but I paced myself and completed one a day. My simulator has been setup more towards IFR and I did find it quite tricky to position myself when flying circuits (or the pattern as known in the US) – much harder than IFR approaches.

A second structured program walks you through making a simple vectored IFR approach back to the same airport through to cross country trips, going missed, diverting, holding and switching between parallel runways.

I found it useful to go through the process of making a phone call before departing an untowered airport (Catalina), receiving a departure slot with an expiry time (Void if not off by), and contacting approach once airborne. A specific frequency (122.2) is used to simulate the telephone call. There are also flights between large and complex airports, such as LAX, with multiple tower and ground frequencies to choose from.

Now that you would be more familiar with the system, you can operate a Sky Charter business, flying a series of back-to-back routes. Alternatively, you can follow several A-Z challenges, flying between a series of 26 airfields with tenuous connections to the alphabet. There’s plenty of variety and opportunity to explore.

The system allows two pilots to logon with the second using a slightly different callsign (append an @ sign), which allows you to fly with a buddy. They will hear and see all the same external radio and views apart from when the pilot talks. Typically you’d run a Zoom or Skype session in the background to allow you to chat, so it’s very similar to buddy flying in a real cockpit, and ideal for a friend to familiarise with the US procedures.

Pilotedge is closely linked with Pilot Workshops, a US online pilot education and training business. Subscriptions include access to some of their online tutorial material.

As you can see, I’ve learnt a lot using this service, and enjoyed revisiting some of the Californian airports and flying several of the routes I flew for real a few years ago. Although it’s not free like VATSIM and others, it is much cheaper than real-world flying and I’d recommend it to anyone visiting the US for any sort of flying holiday or training.

I feel I should point out that I don’t have any commercial relationship with PilotEdge other than as a customer.