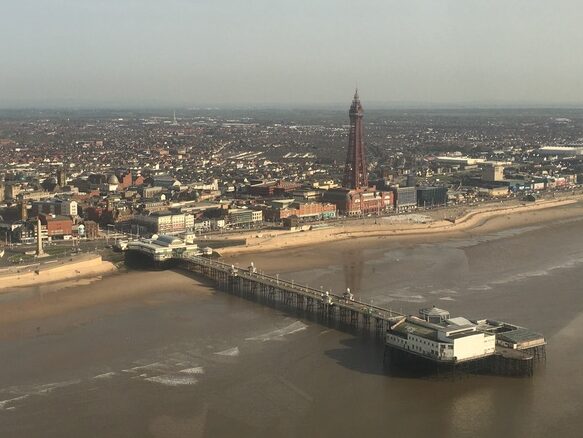 Lockdown restrictions have eased, removing the “Stay at Home” order and allowing private leisure flights within England to resume. Instruction awaits the next stage of relaxation, and many flying clubs and airfields remain closed until then. Some, such as Kemble, have already indicated they won’t accept visitors for a couple of weeks after that, to allow enough time for residents and club members to regain currency (both legal and practical) first.

I have been able to retain currency with a mixture of engineering maintenance flights, an IR revalidation and club instructor check combined with many hours of online simulator use. GASCO, the CAA and other pilot organisations are encouraging pilots to ease themselves back into the air and fly with an instructor to regain currency. So it’s important that instructors themselves are current, and that’s recognised by the published guidance.

With landaways now permitted, the question is not quite where do I want to go, but where could I go. Some research was needed to find airfields open to visitors. My first call for PPR to Southampton floundered when I discovered that self-handling wasn’t currently available and that I’d have to pay Signature’s (heavily discounted) handling fee, aligning it more with Bristol Airport’s hefty price point. Blackpool has remained open throughout and had easy access to the seafront. A quick call for PPR, a 30 minute delay to fit with their arrival slot capacity and I was all set.

Perhaps I had expected Gloucester Airport to be extremely busy on the second day of solo flying, but although there were a few in the circuit, the two controllers seemed to have everything in order. While there was some flying at the private clubs, it still seems fairly constrained probably awaiting resumption of flight instruction. It may be my imagination but I thought the commercial school activity (there are four onsite) didn’t appear to be quite as intense as earlier in the year. I’m well aware of considerable pent-up demand from students and pilots to resume from mid April.

There was no delay or queue at the pumps while I filled up.

I took my time with my pre-flight and planning checks, and was pleased how familiar the cockpit looked. The only glitch compared to my simulator setup is that I’ve configured that with an EHSI which automatically sets and updates the course pointer from the navigation box. In the real aircraft, we don’t have that and I had to think why it wasn’t already aligned and then remember to turn the knob manually (The one with the yellow arrow just above the Radio Master switch). My radio calls, memory checklist items and R/T were also familiar and

With some extra time to kill and to add a bit of variety I thought I’d fly to the east of the Manchester/Liverpool zone and approach Blackpool from the east.

After departing to the north, I monitored Birmingham with a Listening Squawk and then got a Basic Service from Shawbury LARS. There were quite a few GA aircraft about, with Sleap fairly active – some just local flights with others travelling between airfields. Another listening squawk to Manchester approach revealed a much quieter commercial airspace – one aircraft was conducting some test flights and being given free reign. The next commercial flight wasn’t due for 40 minutes.

I had been navigating via the Pole Hill VOR and thought I’d see if I could spot it from the air – they aren’t always that easy to see – and circled once around it. The large white metal ring is one of the modernised higher power/longer range DVORs that will be retained longer term, with several of the older ones retired.

Warton Radar provided a very good Basic Service and I could hear him calling out other traffic in the area. I’ve been aware that SRAs (Surveillance Radar Approaches) have become very rare in this country in recent years, so it was a surprise to hear the controller provide one – good to know they do still exist. I was handed over to Blackpool once overhead Warton at about 3,000 feet, whereupon I was directed to join downwind right hand for runway 10 – an ideal routing that required almost no change of track. A single controller was handling combined Approach, Tower and Ground traffic very efficiently. On base, the controller announced that the runway had changed to 28 and I did wonder if I might be expected to go around. After some delay on final while the controller spoke to an aircraft on the ground, I was cleared to land as I crossed over the shoreline.

A few aircraft were parked up on the main apron – it seems that the airport was popular with visitors – but I met no-one other than the desk staff (protected behind an perspex screen with everybody wearing masks) on my way out.

A walk along the beachfront

The fresh breeze by the seaside was pleasant. The tide was in when I arrived, limited space on the beach itself, but as it receded more people came out to enjoy the sunshine. I walked all the way up to the North Pier and back, noting the considerable refurbishment and renovation to many of the hotels and businesses on the shorefront. The roller coaster rides were being serviced and tested with unmanned cars. With foreign travel likely to be restricted this year, I would imagine the city could be very busy in the coming months.

Great to be able to get out walking somewhere else for a change, logging over 20,000 steps during the day.

My departure was again from runway 10, and I asked to turn north initially and then fly down the coast just offshore. I was able to do that at about 500 feet, including transiting the ATZ and remaining below the Warton MATZ. This provided some really great views of the seafront that I’d just walked along, especially that of the tower itself. Reporting at Southport Pier, I flew south east to avoid Woodvale and switched to Liverpool zone for a direct transit.

The low levels of commercial traffic have resulted in many regional airports operating ATC only for limited hours with their airspace NOTAMed as reverted to Class G outside published times. Just to be certain they were closed, I attempted to contact Liverpool Approach and only heard one other aircraft making calls to Liverpool Traffic. My plan was a fairly direct transit south west, overflying the airport rather than the usual low level trek offshore via the WAL VOR when commercial airlines are operating.

I squawked the Liverpool listening squawk code 5060 as stated in the NOTAM and made traffic calls as I entered and left the zone. One other private aircraft arrived from the south to land at the airport, so I flew slightly further east to ensure separation. It felt quite strange flying over a large city, close to a major airport and not requiring any clearance or ATC control.

SkyDemon has a grey “Radio” tab displayed when airborne, which indicates the current frequencies/services available at your position, with a further list of those available in a few minutes/miles. I hadn’t noticed before that the local QNH is also listed on that page too – extremely useful. I recently attended a presentation from a CAA representative keen for us to avoid controlled airspace infringements. He encouraged everybody to use local QNH rather than Regional Pressure Settings because it reduces the likelihood of vertical airspace infringements, which I agree with. It baffles me why these remain an integral part of both the PPL syllabus and ATC standard procedures – I was told this was primarily because the RAF still require them and it would be difficult to change.

I climbed up to 5,500 feet to keep well clear of airspace/other aircraft and the remainder of the flight home was uneventful. I did ask Shawbury LARS if the Tilstock parachuting site was active, since it was pretty much on my direct track, but declined a Basic Service since I knew they would close shortly after.

Gloucester was able to sequence my arrival with circuit traffic so that I made a direct right base join for runway 27 to land. The aircraft in front which I was following flew quite a longer circuit than I was expecting, tracking east of GCHQ, but I made sure to avoid the noise sensitive areas to the north east that we had been advised to keep clear of.

It’s a pleasure to be able to land somewhere else again and I look forward to being able to do that with other passengers and/or sharing flights with other pilots in the near future.