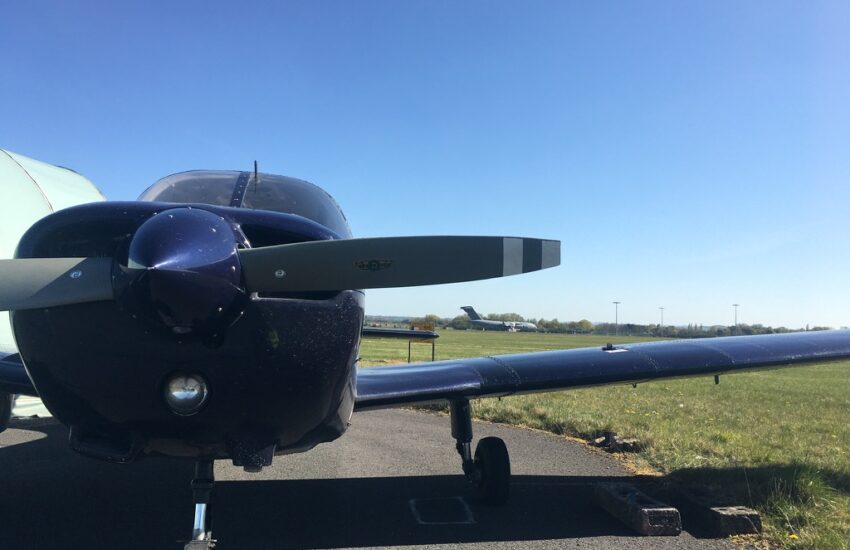 Lockdown restrictions eased on 29th March to allow solo flights and subsequently on12th April to allow flight training. From 17th May passengers could be flown who are not in our family bubbles. Following the success of the vaccination program and lockdown measures, the GA industry is winding up towards what might be quite a busy summer season.

For some there has been relatively little downtime – commercial training schools have continued to operate, and at Gloucester I’ve seen all four (two fixed wing, two rotary) appear to be fairly constantly active. There have been plenty of instrument approaches being flown, exam callsigns indicating skill tests in progress and circuits being practiced. It’s hard to tell what the longer term impact of BREXIT will be on UK commercial schools.

Prior to mid-April, instructors were encouraged to retain flying currency and I benefited from local sorties at Gloucester and Brize including a couple of FIight Instructor currency check flights. I had also been able to keep current on the TB20 with short local flights for engine maintenance purposes and a landaway to Newquay.

From mid-April, flying schools opened their doors with many focussed initially on regaining currency for their existing members. Some required a club checkout while others needed a full proficiency check with an examiner – an event that generally isn’t quite as daunting as it can seem. Inevitably many pilots are rusty and take a little time to regain their skills and remember the procedures. Initially there weren’t that many airfields welcoming visitors, with some specifically wanting their home based pilots to brush off the rust first. That’s also the case for those providing radio services too, whether air/ground, FISO or full ATC.

Existing PPL students have been welcomed back, with many very keen to progress – many have built up some savings towards lessons and spent the downtime studying for their theory exams. What we needed was a period of good weather and aircraft availability to capitalise on that.

Trial lessons and commencement of new PPL training subsequently restarted, and I think we can expect a busy summer season ahead with many keen to make the most of their hard won licences and/or continue with training. Higher usage is of course desperately needed by flying clubs and airfields to replenish their depleted coffers over the past year. Meanwhile maintenance companies do seem to continue to be very busy (as most have been throughout), with waiting lists for those wanting avionics upgrades or other major work.

I’ve enjoyed a mix of activities over the past month with students at various levels from pre-PPL cross country, PPL renewal after a layoff, TB20 differences training and completing an IR course suspended during lockdown. I’m also continuing with remote flight instruction, typically using Zoom to talk through the planning and execution of a land-away including R/T calls. This makes good use of bad weather days and is more relaxed than if rushed prior to a real-world flight.

Landaways in the TB20 from Gloucester

Our TB20 had its Annual check in February and is good to go for the season. We’ve recruited two enthusiastic new group shareholders who are both keen to make use of aircraft and both have now completed their mandatory five hour induction training required by our insurance company. It has been great to be able to fly landaways again, and I’ve been to Newquay and Shoreham although I do miss being able to go further afield.

I’m anticipating a busy flying season ahead, probably limited to within the UK at first, but there are plenty of areas to explore or rediscover in the months ahead. I hope you too can take advantage of any opportunities available.