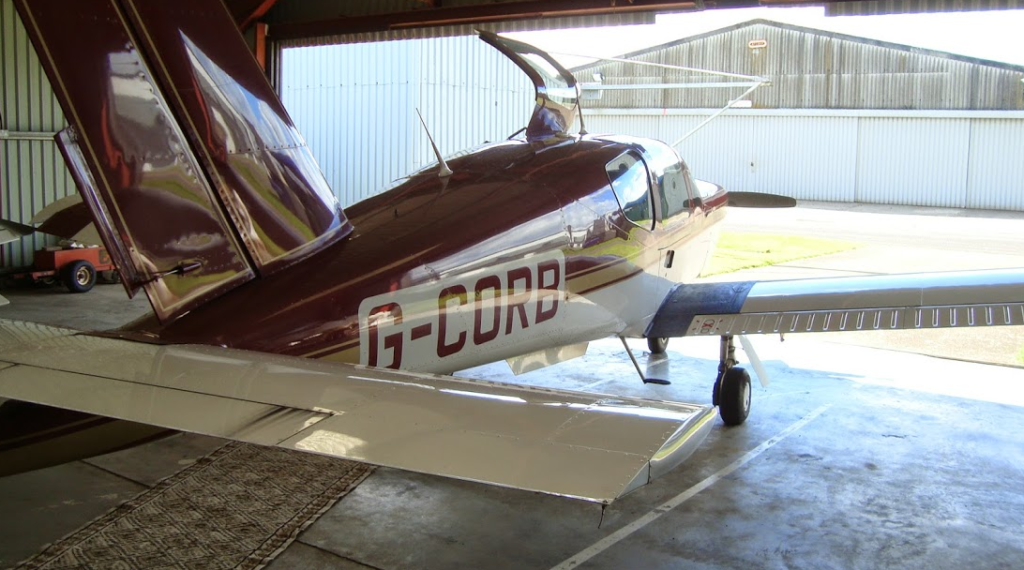 They say the two happiest days of aircraft ownership are the day you buy and the day you sell. Well today sees me embark on the next stage of my aviation adventure, buying 1/5th share of a Socata Trinidad TB20 based at Gloucestershire Airport. This TB20 was the same one I’d flown as passenger in to Filton Airport on its last day.

There are perhaps four main ways forward for private pilots after they’ve passed their test:

1)   Renting club aircraft. Simply rent by the hour with no long term commitment. In many UK clubs, the aircraft can be of variable standard, are typically older Cessnas and Pipers, and many are not fully equipped for IFR. The hourly rental rates are usually much higher than those for group shared or owned aircraft.

I’ve been fortunate to be a member of the RAF Lyneham Flying Club, with easy access to several Warriors and an Arrow at very reasonable rates. These are based at Kemble, a friendly GA airfield with AFIS, choice of hard and grass runways and permitted out of hours use on indemnity. I’ve also met several like minded private pilots, enjoyed some great buddy flying including trips to France and a multi-day tour of Scotland.

I hope to continue as a member of the club – availability of the group shared aircraft won’t be exclusive to me – and I’d like to continue buddy flying with other club members. The Warrior is also much more suitable for shorter/grass strips, such as Bolt Head.

2)   Flying a microlight. The low hourly running costs of a microlight are very attractive. Some of the recent models are extremely well equipped, very comfortable and easy to fly. Being newer, the capital cost is higher, so shares often cost a bit more. Because they are lighter, they can be more susceptible to crosswinds and currently they are not allowed for night flights or IFR. I’ve attended presentations from microlight pilots who have flown all around Europe and are pushing the boundaries of what’s achievable.

Since I’ve never flown a microlight, I’m in a poor position to judge how suitable one might be for me. Several shown at the LAA Rally were very appealing. Longer term, I’m keen to be able to go places even when not entirely VFR and this led me to look for something more capable.

3)  Flying a Permit Aircraft. A couple of instructors have strongly recommended I buy into a share in a Jodel or similar. These aircraft benefit from being both relatively low cost to buy and to run, and are very forgiving to fly. They’re great for the relatively new PPL like me. Although old, the design is proven and straightforward. Again, this would be a VFR only option, great for bimbling around and relatively good value for money. It’s quite feasible to reach the south of France or further, given time and reasonable weather. Typically, I’d expect the avionics might be somewhat outdated and/or limited, but a decent SkyDemon GPS would help compensate for poor VFR nav kit.

Although I’m a member of the local strut, I haven’t seen any shares come up for sale in my area. A big advantage would be being based much closer to home, although VFR flying from a grass strip can often limit opportunities due to weather including waterlogged ground or icy/snowy conditions. It must be great on sunny weekday evenings though.

4)   Buying into a Group A aircraft. When looking for a more capable aircraft, suitable for touring, flying IFR and coping with the less attractive weather often found in the UK, then a so-called Group A aircraft is called for. A single engine with modern avionics and based at an airport with full instrument landing facilities would be a good next step.

5)   Other avenues including buying a gyrocopter, gliding or (for those with more money) a jetprop or twin. Sadly that TBM850 costing £3.5 million is somewhat out of my price range. Aerobatics may be your choice, and many types of Permit or Group A aircraft might be suitable. Some move on to become instructors, being paid rather than paying to fly. And of course there’s also flying model aircraft, simulators or just moving on to a completely different hobby.

Option (4) is the path I’ve chosen. I’ve bought a share of G-CORB, a Socata TB20 based at Gloucestershire airport. This highly capable touring aircraft is fitted with the Garmin GTN650 GPS and is licenced for LPV approaches (equivalent to an ILS but entirely GPS based – I’ve flown an LPV approach in the USA). One of the group members mentioned he’d been able to land at Alderney using the LPV approach when a commercial aircraft equipped only for the outdated NDB had to divert. (The minima is 100 feet lower for the LPV, which is now fitted to all regular commercial air transport using that airport). With a range of over 800 miles plus reserves, it’s feasible to fly non-stop to Prague (and back) or Barcelona. It’s operating ceiling is FL200 and is airways equipped. One TB20 owner has a great website with many trip write-ups that spurred me on to buy into this type of aircraft.

The rules of the group commit to maintaining the aircraft to full IFR capability, something that is relatively unusual in a shared group. Evidence of this was the recent repair of the ADF so that one group member could continue his IR training – the instrument typically isn’t used by any of the other members for regular flights, and repairs could easily have been deferred if the group was mostly VFR members.

When buying into a group, it’s essential to be compatible with the views and outlook of other group members. Arguably that’s even more important than the aircraft itself – it determines how much give and take there will be to accommodate the inevitable booking conflicts, how many of the members get involved with maintenance/back-office/support activities, and which modifications/enhancements to the aircraft might be done in the future. I already knew two of the group members quite well (and the member selling his share) and have had one meeting to get to know the others. More meetups are planned.

The whole transaction happened quite quickly in the end. Having expressed interest some months ago, when the opportunity came up I was in a position to proceed and the transaction took less than a month.

It would be quite self-indulgent to make such a large investment without the full “seal of approval” from the family. I’m pleased to say they are quite keen to come along too and recognise that I need to have some hobby or other. I know a few pilots who still have to convince their wives to join them in the air.

One of my (non-pilot) friends bought his wife a Harley Davidson to ride on while he’s busy with his hobby. Other pilots talk about everything from horses (expensive) to gardening (expensive if you include the large house that goes with it).

I won’t need to buy a motorbike but it looks like we might also be investing in a new kitchen too at some point.

The insurance requirements sensibly mandate five hours of dual training before I can solo. This has been arranged and my first flight is scheduled for tomorrow. Can’t wait. Meanwhile, I’ve been reading up on the manuals and playing around with the simulator, plus making some plans for the summer ahead. I should also refresh my knowledge of local procedures around Gloucestershire airport and not let the full ATC service phraseology catch me out on the radio.

I’m also appreciative of the option to continue with the Lyneham club. They require a few minimum hours per year from members to demonstrate some commitment, and I’m sure there will continue to be plenty of opportunity there as well. Who knows, we might be able to fly to the same destination sometimes and I’m sure some of the members might be up for a trip in the TB20 too.