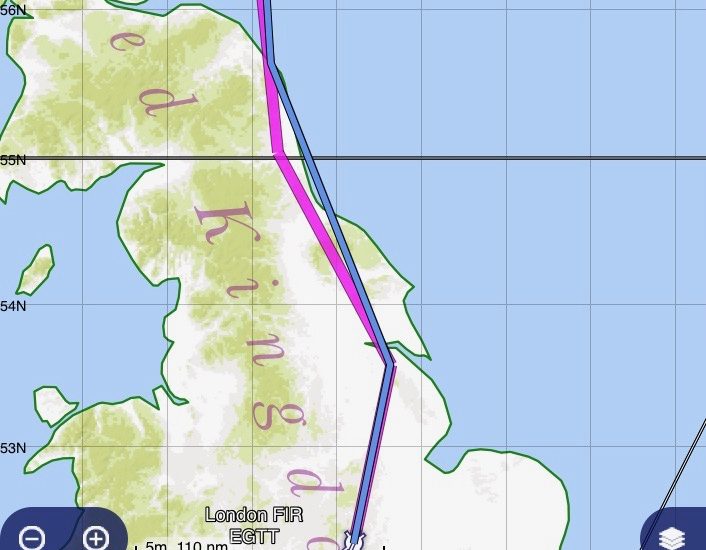 Making the most of Aberdeen

It was a glorious day – lots of sunshine, relatively little wind – and today’s flight would be a straightforward jaunt from Aberdeen down to Sywell where we planned to overnight at the airfield hotel. I wanted to make the most of our short visit up north, so we spent the day visiting relatives and enjoying some time at the beach. It had been a while since the sun shone, so despite a slightly bracing wind, the locals were out in shorts and t-shirts enjoying ice-creams.
I had to make a few calls to find a taxi to the airport – maybe I should have pre-booked. Signature staff were awaiting us – I believe they only open on request at weekends, so I had to keep them posted of our arrival time. We intended to be starting up around 4pm.
We weren’t the only ones there though. I met an instructor Alex who is both an EASA Flight Examiner and FAA Instructor. He and a colleague run AlexanderAir with access to a couple of small aircraft normally parked directly outside. It was good to see that there is at least some GA activity still present and it looked to me that the local Signature team were quite supportive. 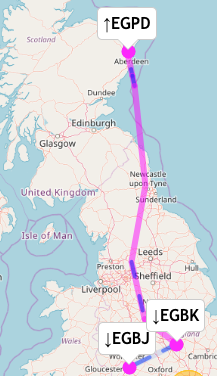 The airways route would add 10% to the track, 330 miles vs 298 direct.
I planned to depart IFR but intended to cancel IFR around Newcastle and continue routing via Humberside at FL100 which would be outside controlled airspace once south of Durham. The only real constraint was to arrive at Sywell in daytime VFR, not too late to get some dinner. Sunset was around 9pm.
This VFR route was 308 miles, all at FL100, so a bit more efficient.

A busy Sunday afternoon at the airport

After the usual pre-flight, clearance, and power checks, there was a 7 minute wait for a variety of airport activities before departure – landing airliner, helicopter departure and arrival, crossing ground vehicles. I was cleared to take-off from the intersection of runway 16 with an immediate left turn out heading 100 degrees over the sea. You can understand that they do this to clear the approach/departure for larger aircraft, and I was 2-3 miles offshore before I got a direct BALIN to the south. Shortly after, a further direct to NATEB, which is overhead Newcastle Airport some 130 miles to the south. 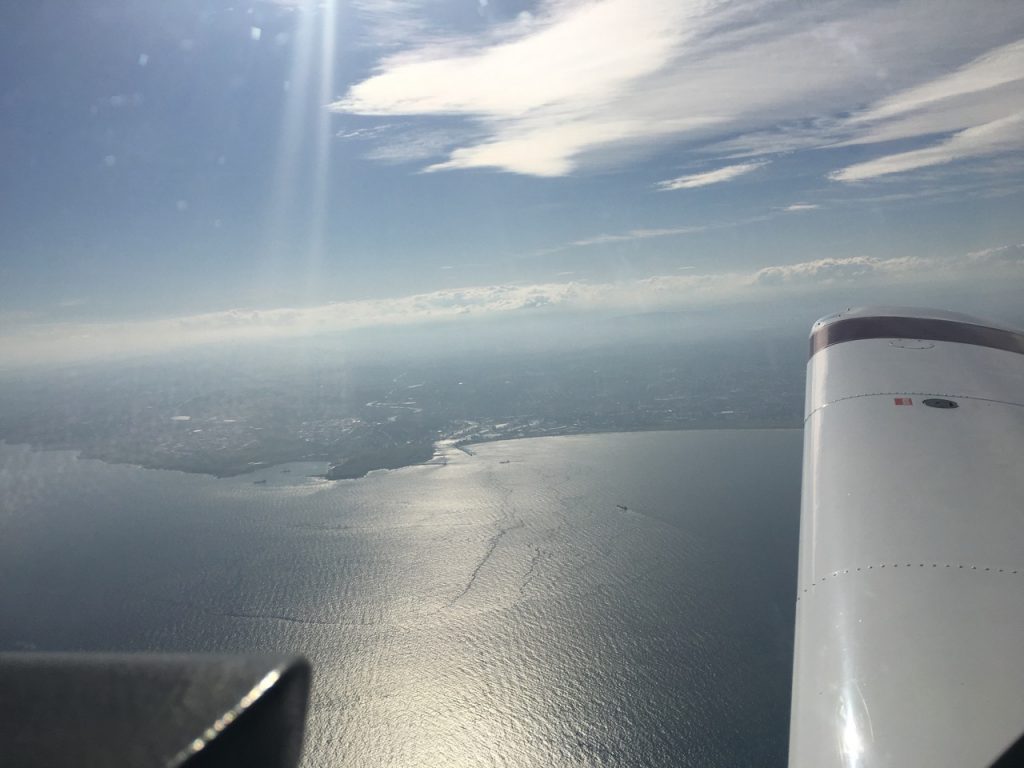 The cruise at FL100 was really very straightforward, with my wife reading a magazine and me just watching the world go by. Plenty to see as we passed to the west of Montrose basin, Dundee, Edinburgh, St Andrews and Lindisfarne Island. 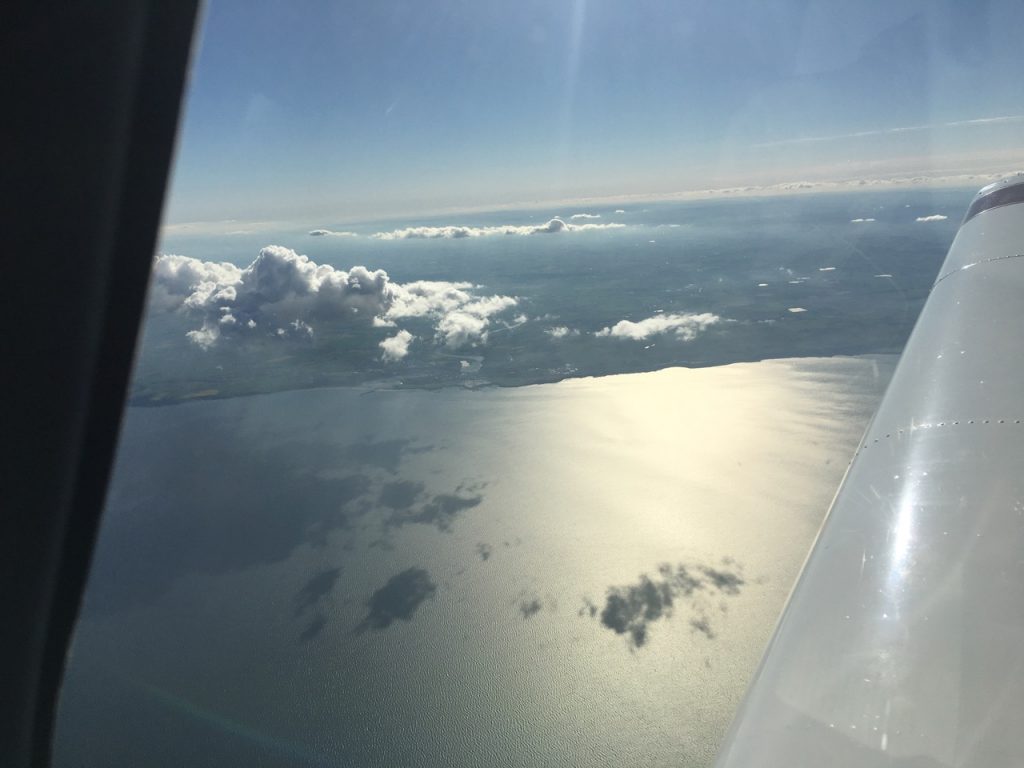 Just before reaching Newcastle, I announced that I’d like to cancel IFR and continue outside controlled airspace. I routed via Humberside which kept me well clear. I continued to talk to ATC en-route, with a traffic service that reported nothing to affect me at this altitude.
With 10,000 feet to lose at 140 knots, I would need 40-50 miles in a gentle 500 feet per minute descent, which was quite feasible remaining outside controlled airspace. London Information prompted me to sign off at about 15 miles out and listened in to Sywell. Only one other aircraft on frequency and he was no factor.
As we approached the airfield on this calm, sunny summer evening, I spotted a large balloon slightly to the north of the field. I reported this in my position call as I approached, and the other aircraft helpfully noted their were two balloons in the area.
Keeping well clear of both (it really wasn’t that close), I positioned for a straight-in to the hard runway and made quite a nice touchdown before parking up on the almost empty hard apron.
It was quiet at this time of night (about 7pm), and we had to climb over the fence to get out – there’s a code for the gate which I hadn’t thought to ask about when I called for PPR.
We stayed in the Aviator Hotel onsite, an Art Deco design. Fairly basic but more than adequate for our purposes. We walked down to the road to the pub for dinner – it served food until quite late – and received a friendly welcome from the landlord. The beer went down very well after a very pleasant and uneventful flight. 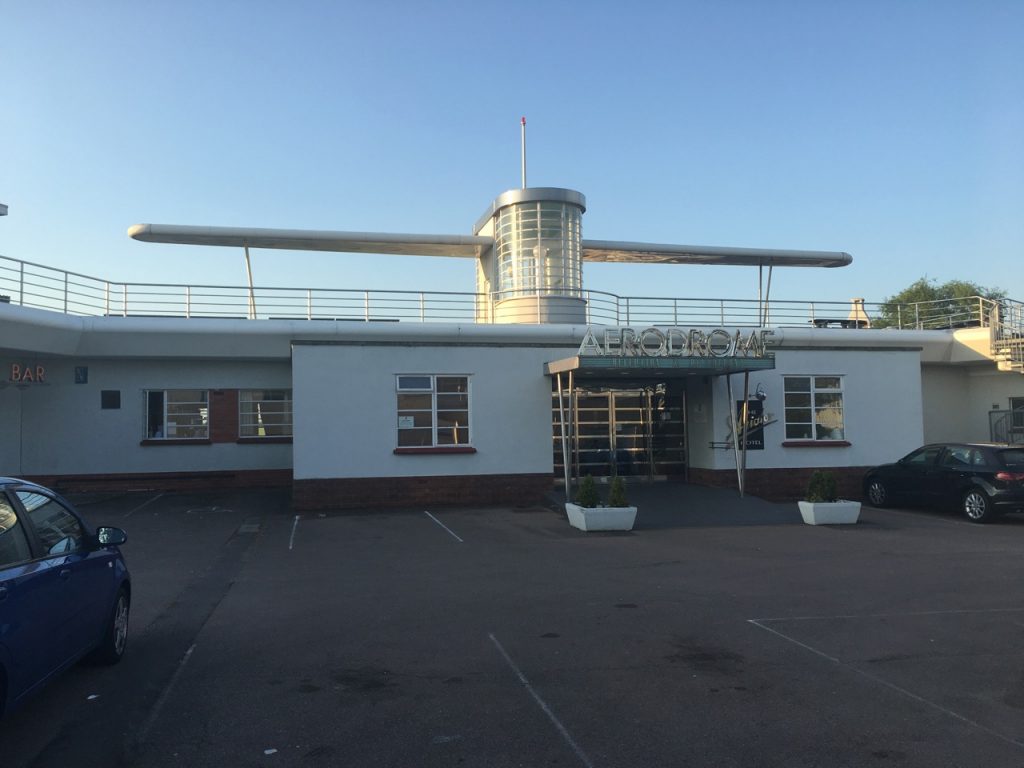 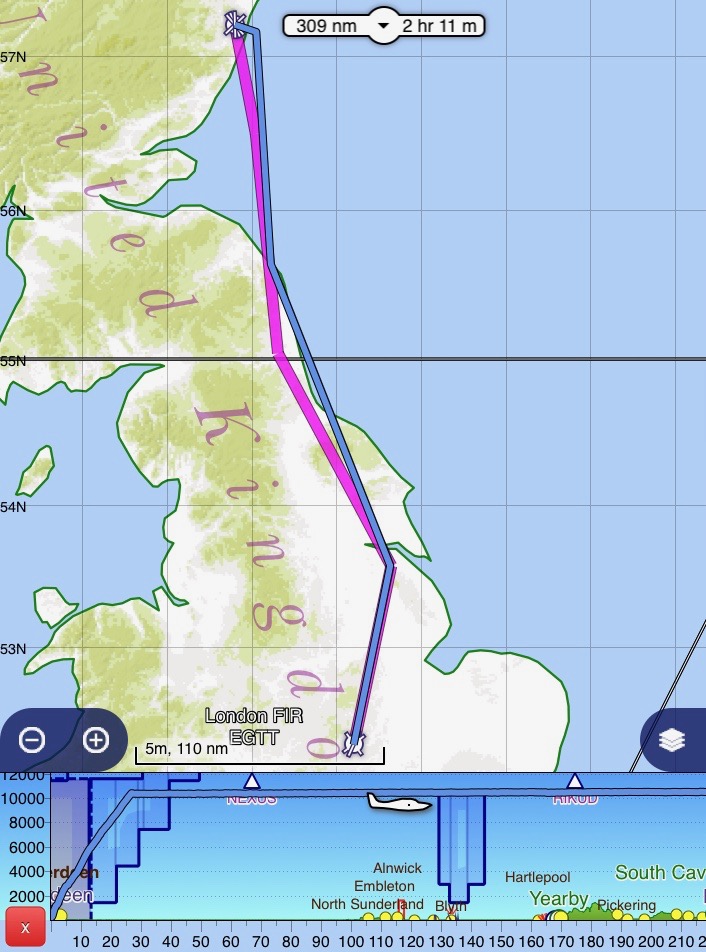 We met up with some friends the next day which was a Bank Holiday, and I took them for a short air experience flight around the area and over their house. The flight back to Gloucester late afternoon was short, but one of the more challenging of the weekend.
It was almost directly into the sun which restricted visibility so I flew higher than normal to give me a sense of more space from other aircraft. Arriving at Gloucester for a standard overhead join, we heard other position reports of “overhead” from another aircraft we just couldn’t see. With eyes on stalks, we followed one descending dead side while the controller tried to explain to another aircraft where to look for traffic. Once in the circuit it felt much more relaxed as we returned from quite an adventure over the past four days.
PIC yesterday: 2:45
PIC today: 1:20
Total PIC: 552:05
Total Time: 737:50