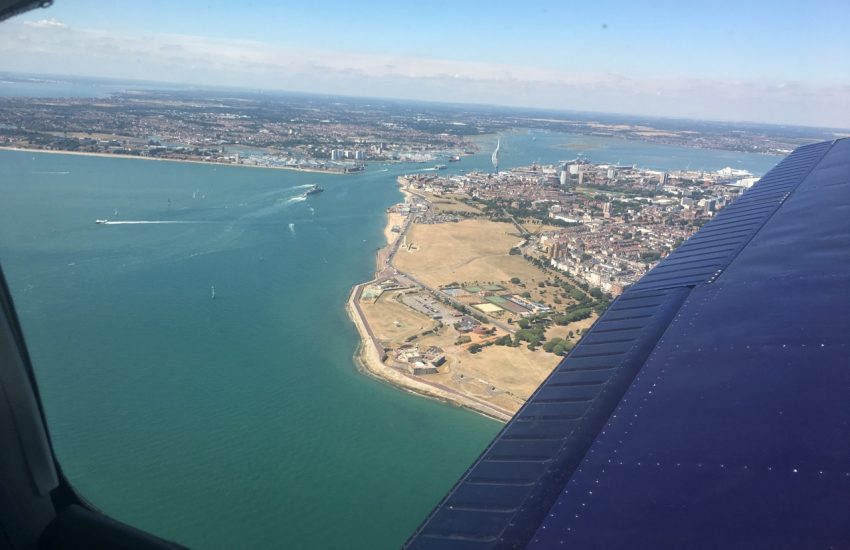 In Europe under EASA, newly qualified flight instructors must first operate under the supervision of more experienced instructors until they have instructed for 100 hours and signed off 25 solo flights. During this time, they can’t sign off a first solo or a first solo nav away from the circuit. Typically the supervising instructor is the Chief Flying Instructor at a flying school, but it can be any unrestricted instructor.

I needed first to become unrestricted before I could embark on an EASA Instrument Rating Instructor course to be allowed to provide instrument instruction (which is the European equivalent to an FAA CFI-I).

All the instructors at my own club (Bristol Aero Club) were supportive and I was welcomed into the team. All of the others were already unrestricted so there was no competition for solo signoffs. The way this typically works in clubs and schools is that the fresh new instructor conducts the briefing under the watchful supervision of the more experienced instructor. The junior instructor gets a line on his solo signoff sheet signed, while the senior instructor gets paid. Hours flown by solo students don’t count towards the 100 hours of instruction to be logged by the new instructor.

There is a comprehensive checklist for solo briefings, covering almost every conceivable problem that might occur – getting lost, airfield closure, technical problem. These days the qualifying cross country form does not actually need to be signed at each airfield, and the CAA no longer require it for licence issue. However I still think its a good idea (and was proud of mine), so I continue to send students off with one. They must carry a written note from the authorising instructor with contact details.

There is some latitude in who is the supervising instructor and where they are – nothing in the regulations mandates that supervision must be onsite. In my case, the CFI wanted to be informed of my plans and flights at the start of each day, so could comment and warn (or prevent) anything inappropriate. Ultimately he would be the responsible person in case of any incident. I found as you gain more experience, trust is built up with confidence on both sides.

While this did get me started on my solo signoffs, there was relatively little opportunity for instruction – the club is well provisioned with instructors (7 in total) for the number of students. Perhaps that’s because the club offers good rates of pay, does not impose pressure to fly in all weathers and has a friendly and positive atmosphere. It’s also a not-for-profit members sports club rather than an out-and-out flight school.

So I looked around for other opportunities and found plenty of work available at Brize Norton Flying Club. They had plenty of students and were looking for a new instructor. After a couple of check flights where I learnt the local procedures and gave demonstration lessons to the Deputy CFI, they added me to their books and started filling up my calendar.

The club is really more of a flying school, with the bulk of activity around LAPL and PPL training. They lease three PA28s: two Warriors with 160hp engines and a Cherokee with a 140hp. These are kept in a dedicated hangar (more of a fabric tent really), with their own AVGAS bowser. The Warrior owner actively manages maintenance and fits in the 50 hour services onsite, with anything larger being done elsewhere.

Most days there was another instructor onsite, and sometimes I listened in on their briefings while at other times they listened in on mine. As with Bristol Aero Club, I was able to ask the other instructors and CFI any questions about instructional technique, anything from flying the circuit to what solo nav routes to use.

Instructing from such a large airfield is somewhat different from an unlicenced grass strip. Students have to grapple with full ATC (Ground/Tower/Zone frequencies). Other traffic ranges from Skyvans lifting parachute dropping, helicopters, Hercules and large transport jet aircraft up to the A400M (an A330 four engine Airbus with modifications). At times you can find yourself in the circuit with any (or all) of the above, so careful attention of wake turbulence spacing is crucial. With such a large and wide runway, it can make it a bit too easy for students (although one still managed to veer off towards the edge on a ropey landing).

Engineering works on the lighting closed the runway for repairs quite a bit in the summer,  requiring circuits at several other military and civilian airfields, adding a bit of variety and real world experience. Unlike most other UK airfields, Brize never use QFE and students only find out about this curious quirk when on their first landaway. One day, returning to the field when engineering work was in progress at the other end I was given a restricted landing clearance – “Cleared to land within the first 5,000 feet”. Typically our little PA28 rolls out in less than 500 feet so that definitely wasn’t a problem.

Tracking students out on solo nav/landaways used to be entirely a wait-and-see activity. Nowadays, we keep a watchful eye on FlightRadar24 or similar and question students about why they might have deviated and how they dealt with the situation. Dual landaways are an important part of the course but I can see why many instructors never fly to more than a handful of neighbouring airfields. Wellesbourne, Turweston, Sywell and Colerne seem to be my regular haunts.

I’ve had a wide variety of students to date, from youngsters on a scholarship scheme to retired veterans. Military pilots don’t directly gain any civil qualifications, so sometimes we have experienced an Airbus A330 captain coming along to sit their EASA PPL skill test after a few lessons. I recall one saying “I can’t remember the last time I flew an aircraft that needed a key”. His flying skills were excellent but like any first air experience flight, we circled overhead his house for some photos – I don’t think that would work so well in an Airbus.

I’ve also had an intensive student who booked three weeks in the summer to fly as much of the PPL course as possible. He’d already done a few hours in the past, so it was fun flying twice a day and running through the course from first solo to QXC. He’ll need to come back for a second intensive stint, refreshing his knowledge and skills, filling in the gaps and then taking the skill test itself. We celebrated by flying to Compton Abbas and then Lee-on-Solent, two of my favourite airfields, on the last day – just to highlight what you can do and where you can go with a PPL.

Teaching the PPL probably hasn’t changed that much at all in the past 50 years. There’s possibly more emphasis on personal learning techniques (not everybody is the same) and Threat and Error Management. Ultimately (and sometimes literally), we still fly the same aircraft with a six-pack rather than electronic displays. The effects of controls, slow flight, stalls, steep turns and PFLs can’t really have evolved that much. Navigation is perhaps one area where new technology should have made the greatest impact. With the majority of PPLs now using tablet Apps, it’s important that we demonstrate how to use (and not abuse) them. It is still essential that students learn and can navigate with traditional methods (ie chart, plog and stopwatch), find their location by looking at the ground features and chart, and fly an unplanned diversion. But once that’s proven, then they should also be taught how to use modern technology.

Logging up to 40 hours a month, I completed the requirements to become unrestricted on 1st August, about six months after passing my Assessment of Competence in February, and the reissued licence arrived on 31st.  I sent the forms off the same day by Special Delivery but the restriction is only removed once the CAA had processed my application.

I was notified by email that my credit card had been charged on 28th, another email on the 30th told me to expect a delivery (of my logbooks and licence) sometime on the 31st.

So for the month of August, I had continue to be supervised and could not authorise first solos. Although I’ve missed a couple of opportunities, I have at least two other students who are very close to that point, and I expect to find it very rewarding to take that next step.

An enjoyable rite of passage

I have very much enjoyed instructing this summer, and learnt a lot. Those first 100 hours of instruction have been quite a steep learning curve, and of course there remains very much more to learn and refine. The weather and other circumstances have worked in my favour and I haven’t suffered many cancellations from students, technical problems or weather. I do plan to continue with some PPL instruction but have hankered after becoming an Instrument Rated Instructor. This is now within reach, and I’ve booked my course to do that in September.

A friend sent me a book on Instrument Instruction published in 1938. I am wondering how much will have changed 😉