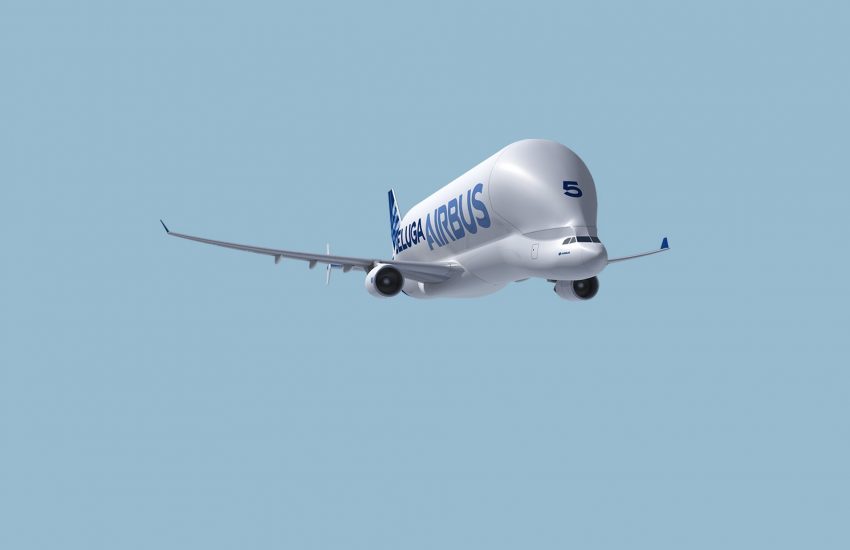 A second daytrip on the same weekend in my shared TB20, G-CORB from Gloucester, this time to Hawarden and back, with Russ, another Bristol Aero Club member.

It may be some time before I can fly her again due to other commitments, so I wanted to make the most of the time available.

Hawarden isn’t too far away (about 100 miles) and offers a free instrument approach when landing. The airport is operated by Airbus who manufacture wings and other large aircraft parts there. Many of these are ferried to their other sites by transport aircraft, a modified version of the A300, also known as the Beluga because it resembles a whale. A new larger model of the aircraft has recently been launched, called the Beluga XL, based on the A330. Five of each model will continue flying for the next 5 years. 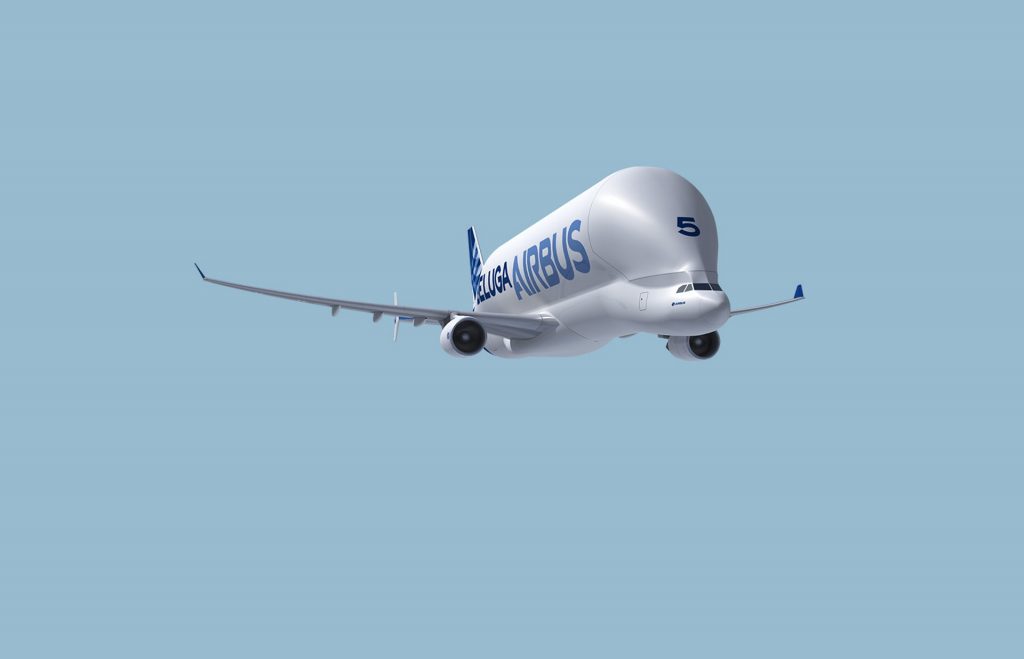 The METARs (Meteorological Reports) below indicate what sort of weather we had – good visibility, winds building, some rain showers and a few isolated CBs to fly around.

METARs at Gloucester during that day

Our route planning and booking out procedure was straightforward and the flight relatively uneventful, except we departed northwards on runway 36 due to the northerly wind direction.

Conflicting with the wind direction at Gloucester, the Hawarden recorded ATIS told us that runway 22 was in use, and I briefed that plate and loaded it into the Garmin, expecting vectors for the ILS. There must have been a slight tailwind component. Perhaps it was increasing, leading to ATC asking me if I would prefer runway 04 which I did. A late change in runways always causes extra cockpit workload and can distract from the normal flow, but we had plenty of time to lookout the new plate, brief it and reload the Garmin. 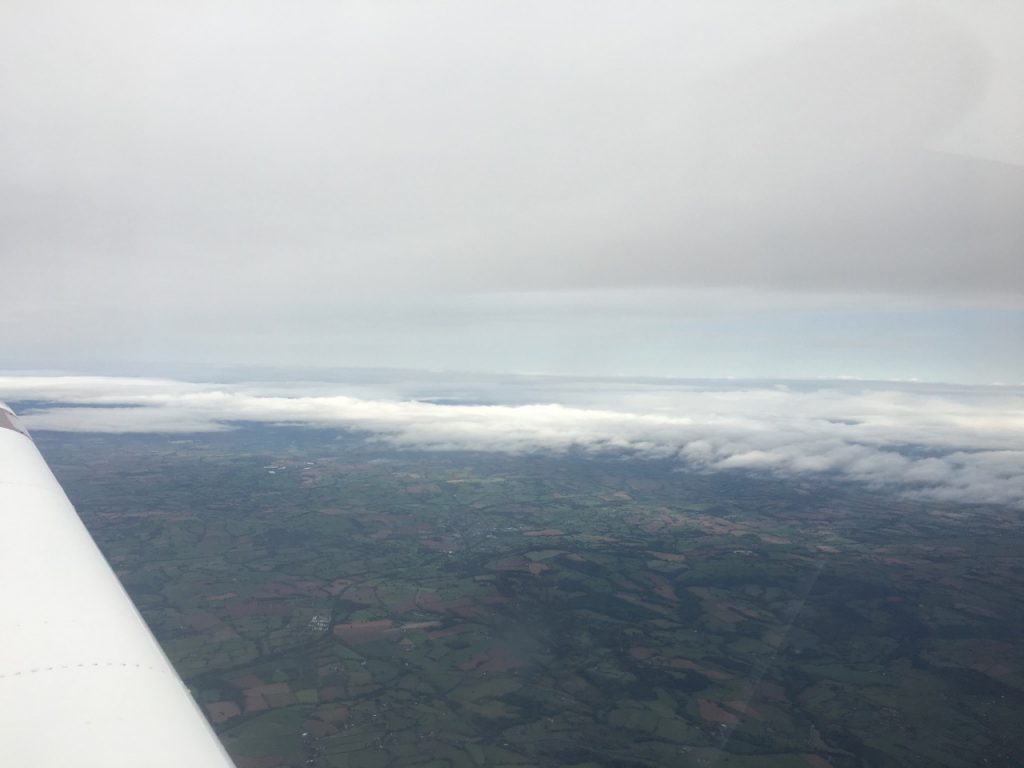 As with the previous day, I chose to let the autopilot do the flying, simply turning the course pointer knob in response to instructions and activating the approach on the Garmin and autopilot at the appropriate time. As we flew base leg towards the ILS intercept, we could see the rising terrain out of the window, which didn’t seem that far below. It drops away quickly in that area, leaving plenty of low ground for the final approach track itself. 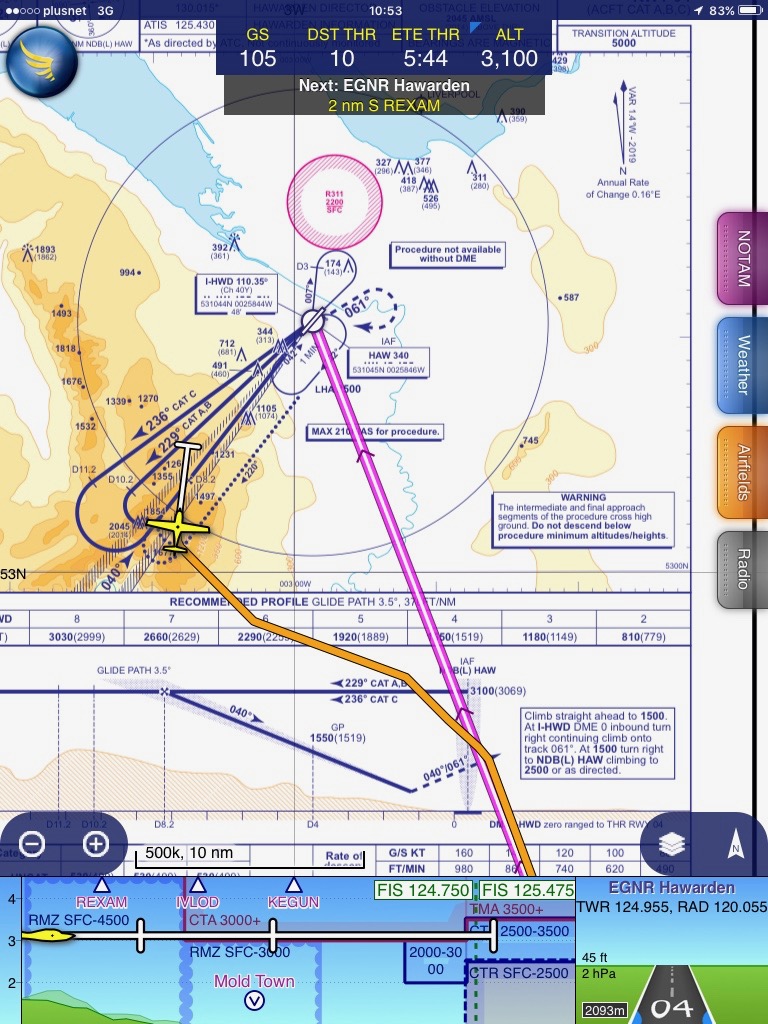 After landing and parking up on Apron November, we signed in with the handler and were issued with an electronic keycard. Since my last visit, a new exit/entry turnstile has been installed on north east side of the apron instead of the north sidegate. It’s a similar short distance to walk through to the popular Chocks Away cafe along the street. It was busy (as it should be – highly recommended). A surprise treat was to watch a Beluga come in to land – I think it was one of the older models rather than the new 330 XL.

Hawarden are applying for RNAV approaches with one argument being that flying such precise routes would save fuel. The Beluga consumes 30 litres a minute (about 60 times faster than a PA28), so every minute shaved off flying time makes quite a difference. That helps fund the huge amount of external consultant’s time and effort required for the wide community consultation and related paperwork, something more difficult to justify for smaller GA airfields.

Our flight back only had one unusual aspect. While Hawarden arrivals were still coming in on 04, departures remained on 22 – presumably their preferred runway because it avoids the complexity of co-ordinating with Liverpool’s controlled airspace and/or for noise abatement. There was quite a gusty cross tailwind, so although we didn’t need that much more runway before rotating, I was aware that the aircraft was slightly more unstable in the latter stages of the take-off run. It highlighted the importance of taking off with wings level.

The rainy weather meant that Gloucester wasn’t very busy and there was no delay being cleared for the RNAV approach back into our home airport.

Another enjoyable day out, great company, including a little bit of IFR with good instrument approach practice together with refamiliarisation in one of my favourite aircraft.