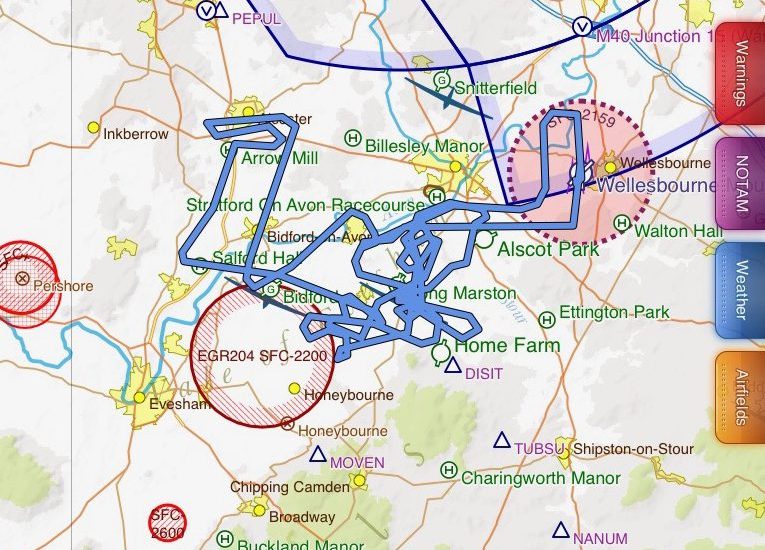 This week saw the final step in my journey to become a qualified EASA IRI (Instrument Rating Instructor) – similar to an FAA CFII – which allows me to instruct pilots towards a full Instrument Rating as well as the UK IR(R). Over the past 18 months, I’ve passed 11 CPL Theory exams, undergone a six week practical training course and Assessment of Competence to become an EASA Flight Instructor, followed by a probationary period involving 100 hours of supervised flight instruction and 25 solo signoffs.

The IRI course for a Flight Instructor consists of 25 hours of ground and 5 hours of flight instruction, followed by another Assessment of Competence (AoC) with an examiner. It normally takes about a week overall including the AoC. 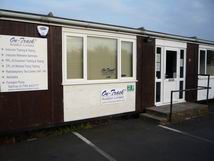 Once again, I booked the course with On-Track Aviation at Wellesbourne which specialises in training flight instructors and examiners. They double-checked I met the pre-requisites which include 200 hours of IFR logged. The 35 hours spent in the Redbird simulator during my IR instruction also counted towards that. There is no minimum number of IFR approaches or IMC time. You could do it all in glorious VMC (Visual Conditions) under the autopilot if you wanted to.

The idea is that by this stage, I should already know how to instruct and know how to fly IFR. The course should therefore be more about the finer points of what’s required to combine both in an IR or IR(R) course, and how best to communicate that to students.

Prior to the course, On-Track sent me the additional sections of their Instructor Manual to study beforehand. I also asked the CFI at Brize Norton flying club for any tips and aspects to watch out for.

The first day focussed on basic instrument flight: how to keep the aircraft sunny-side up with only the instruments to look at, keep it that way if/when the primary instruments fail and recover from unusual attitudes. After a thorough groundschool briefing that I also “gave back”, we flew for an hour or so in their PA28 to cover all the salient points. It all seemed to make sense to me, following on from the Exercise 19 that I’ve already taught to PPL students, introducing them to the basics of Instrument Flight. 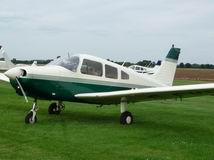 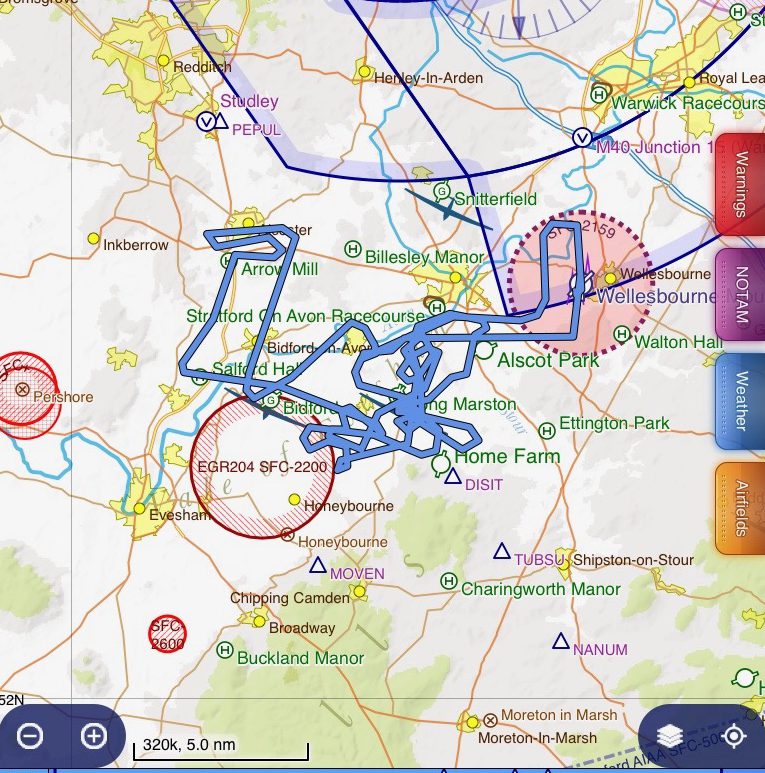 The second day involved two flights, both with instrument approaches. I had been able to negotiate a vectored ILS at Brize and later a self-positioned RNAV at Gloucester. Performance Based Navigation (PBN) is now an essential part of IR training and a sign-off is mandatory to fly any RNAV approach or within airways. My knowledge was thoroughly tested and the implications of what the navigator box (in this case a Garmin GNS430) said at each stage was discussed. 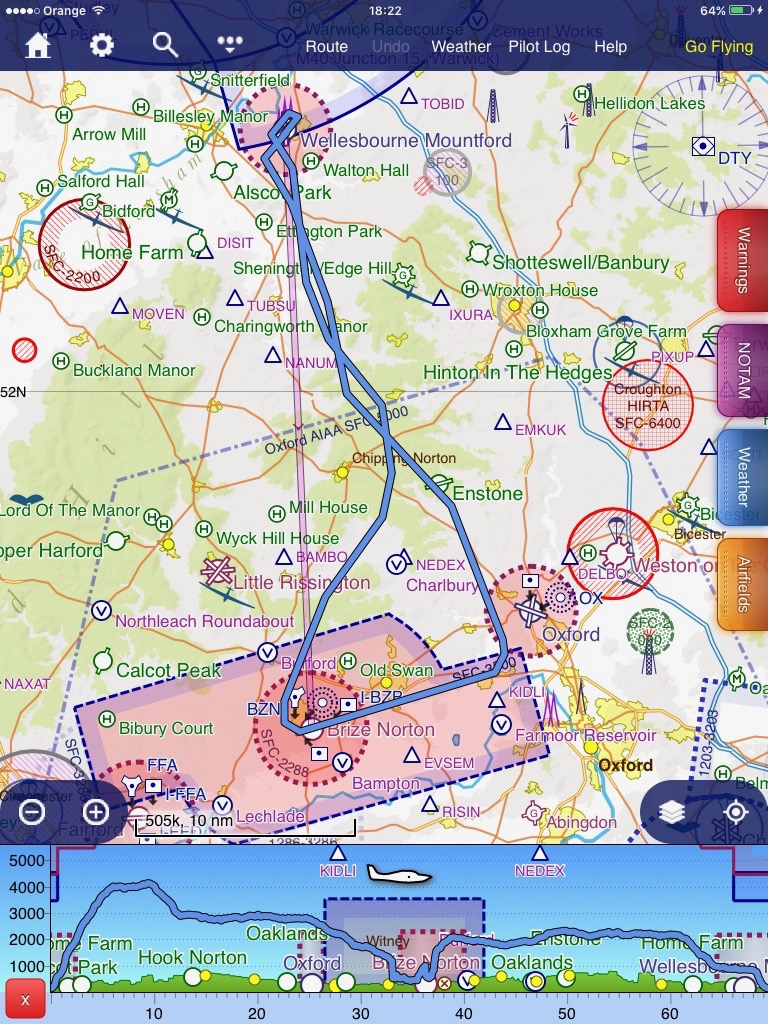 We’d packed a lot in during those first two days despite some fairly strong winds because, as forecast, the weather deteriorated significantly on Wednesday preventing any airborne flight training. Surface winds were up to 40 knots and well outside limits. So instead I gave my ground briefing lecture on pressure instruments and listened in on another FI student’s briefing. It was very busy at the school this week, with separate training for CRI, Flight Instructor and Flight Examiner courses continuing alongside one pilot who arrived in a DA42 purely to revalidate his ME/IR.

Thursday saw me flying NDB holds and approaches at Oxford – actually the instructor acting as a student flew the aircraft while I “instructed” him. It was very windy with the crosswind at altitude making the ground tracks flown in the hold more than a little interesting. It’s unlikely that IR students would be training in these conditions but it was helpful to push my own limits and find out what’s possible.

Despite the strong crosswind, once we had captured the inbound track, it was kept within limits and would have been safe to land from. Going around, we departed rapidly back to Wellesbourne and landed with a headwind in the order of 30 knots. I heard another student on the radio using an EXAM callsign, presumably undergoing his own initial IR skill test – frankly not the best weather that I’d pick to do it, and certainly a factor the examiner would take into account.

It became clear that there wouldn’t be enough time on Friday to complete the course and take the AoC. I arrived early and we took off shortly after 9am to fly the remaining flight time required by the course before the next weather front came through. We revised recovery procedures from unusual attitudes and one or two other aspects of basic instrument flight. Groundschool was completed that morning with a quick revision of radial scan and other procedures. At this point, the course was complete and I was ready for the AoC.

Simon at OnTrack is extremely proficient at the paperwork side and provided a full pack of documentation for the examiner and later for the CAA when I applied for the rating. This needed to include all the application forms, certified photocopy of my licence, course completion certificate and log book evidence of my 200 hours IFR. He gave me the choice of arranging the AoC myself either at Wellesbourne in their aircraft or from Gloucester in mine. I thought that taking the AoC in the same aircraft and from the same airfield would provide continuity.

I contacted the examiner directly and was quickly able to schedule it for the following Monday afternoon. He was a very experienced retired airline captain, having flown Concorde during his career, and extremely knowledgeable about all aspects of flying. After a briefing to set the scene, I gave my ground briefings and there was a Q&A session to establish my  theory knowledge. All of that seemed to go pretty well.

For the flight portion, I’d arranged for a vectored ILS at Brize and was given the option to fly it as an instructor demonstrating or for the examiner to act as a student learning. I chose the latter – I’m still not sure if that was the better choice – and the assessment started as soon as we got airborne.

I wouldn’t say this was my best performance – flight exam conditions put a lot of strain on an already demanding task – but the required elements of the check were flown. There was a thorough debrief with some further insights into why the flight training industry has adopted certain procedures. Perhaps it was no surprise to learn that some of them relate to what are now quite irrelevant reasons while others remain absolutely fundamental.

The good news was that at the end of the ordeal I was told that I had passed and could now call myself an IRI. The pre-prepared paperwork was signed off, including the examiner’s report sent directly to the CAA and a temporary certificate entitling me to instruct immediately. This expires after eight weeks, by which time the CAA should have issued my updated licence.

It was quite a relief to get through the AoC and certainly not something I took for granted. As with the FI qualification, I feel I’m starting the next stage of the learning process. I already have my first CB-IR student lined up to start training through Rate One Aviation at the beginning of November and am looking forward to that.

In order to keep my FI and IRI ratings valid, I have to fulfil 2 of the following 3 requirements every 3 years:

At least each alternate revalidation must include an Assessment of Competence with an examiner (i.e. once every six years). I must also ensure that my SEP Class Rating and Instrument Rating remain valid, for which the latter requires an annual revalidation check with an examiner.