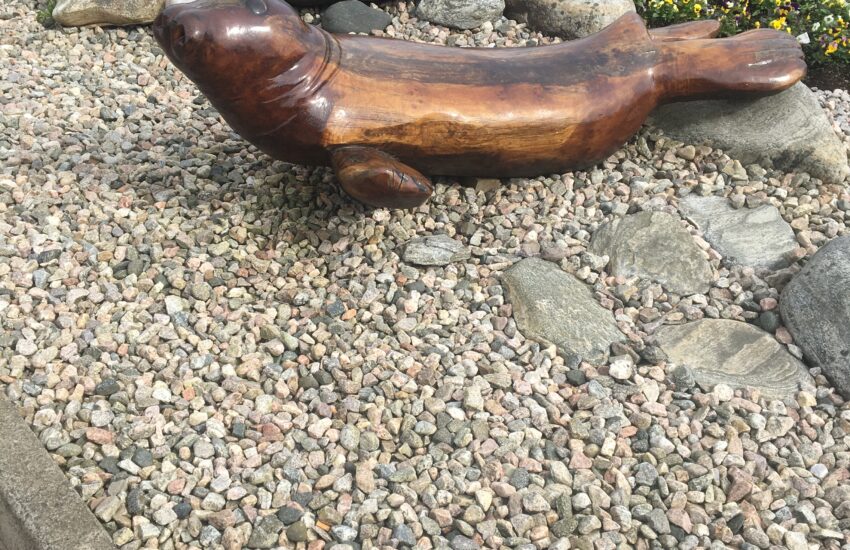 I was keen to depart Glasgow promptly before the military activity NOTAM’d to start at 1315z began. Although we would not be flying in a Danger Area, it seemed prudent to have landed (or be about to land) before the action started. We climbed aboard at 1200z and took off at 1215z for our planned one hour flight.

I had filed IFR for this leg even though almost all of it was outside controlled airspace. My departure clearance from Glasgow was initially the LOMOND3B SID (Standard Instrument Departure) which follows a fairly leisurely left climbing turn to reach the southern tip of Loch Lomond at 6,000 feet.

With a jet preparing to depart shortly after me, my clearance was modified prior take-off clearance to turn left on reaching 1,500 feet and head directly for LOMOND. This allowed the jet to depart more promptly behind me. When airborne and having turned I was further cleared to FL100 and subsequently passed to Scottish Control. Most of the flight was well above a broken cloud layer, giving us occasional glimpses of the land, lochs and sea below.

The frequency was fairly active with a number of commercial flights (Loganair) requesting a Deconfliction Service. It’s relatively rare to hear that further south where there is so much more controlled airspace and where GA traffic rarely shares the same frequency. There was no restriction in my route which was directly to our destination.

Working ahead, I tried to listen to the ATIS in good time. It’s transmitted on the VOR audio channel so at FL100 I could pick up the signal from many miles away, even before we coasted out. I had to repeat it a number of times because the main comms frequency was so busy.

Stornoway is manned by a single air traffic controller for both tower and approach. There is no radar (although I suspect/hope they might take a sneeky peek at FlightRadar24) and all positive control is officially managed through pilot position reports. It’s one of the few commercial airports in the UK with instrument approaches that don’t have a glideslope – you can choose between an NDB or Localiser. Just to add some fun, they have not one but two separate DMEs of which one is about five miles east of the airport. The DME arc arrival uses the DME from the airport (SOY) with radials from the offsite VOR (STN).

I do sometimes wonder why when I turn up at a quiet airport to take-off or land, there often seems to be others who have exactly the same idea. With two aircraft reporting inbound with around 20 minutes to go, ATC asked us both for our ETA which was exactly the same. I was told that I would be number two behind the commercial traffic and instructed to route direct to STN.

I confess to not covering myself with glory here – initially I didn’t fully understand the full track that the controller actually wanted me to fly to start the approach, so after a pause I said so and he clarified. I don’t have an audio recording but recall from my notes that I was to overfly STN, track around the hold entry and then intercept and fly outbound on the 085 radial, intercept the DME arc and fly clockwise at 10 miles DME from the airport to intercept the localiser. But I may have remembered this incorrectly and could have been directed to fly the hold outbound leg of the hold tracking 140 degrees onto the DME radial as shown on the chart.

On reflection, it seems to me that when there is more than one incoming IFR aircraft, they are stacked above STN (the off airport VOR) and then pulled off the stack to fly the DME arc around into the localiser approach track. With just one other aircraft ahead, it did seem surprising to me to have to fly another 20-25 miles for separation – all the way to STN then back out again around the arc. Hindsight is a great thing, and I could have simply slowed down by 10 or 15% and reported a later ETA.

Part of my confusion came from the substantially different depiction in the Jeppessen chart I was using, which doesn’t show the 085 radial outbound from STN as clearly as the AIP chart above. Neither shows the 085 radial connected to the DME arc. The potential for occasional visitors like me mixing up the DME or VOR stations is high, so cross checking is important. In my opinion, an RNP approach with GPS holds at the initial approach fixes would seem much simpler and more efficient, although they would be over the sea and out of glide range. Without radar, the controllers don’t have the same flexibility and freedom when compared with my vectored ILS into Glasgow.

A similar holding pattern and subsequent approach track makes much more sense for runway 18, which is more commonly in use, whereas we had northerly winds today. In both cases, there are two holds published, one for STN and one overhead the airport, perhaps catering for situations where one or other VOR/DME is not working.

When I’d almost reached STN with descent clearance down to 2,000 feet, another pilot suggested that I would likely become visual soon and be able to make a visual approach. I popped out of the clouds around 2,500 feet and quickly had the airport in sight. I requested a Visual Approach and made quite a wide right base join followed by a reasonable crosswind landing.

In retrospect, I should have said “cancel IFR” rather than requesting a visual approach. The PPL/IR Forum airport notes point out that this saves the cost of the instrument approach that I hadn’t flown. If you fly a Visual Approach, you remain under IFR even though you can see where you are going.

A marshaller was in position to guide me into parking and pointed out the exit gate. Wearing yellow jackets, we tidied up the aircraft and put the cover on, then walked around into the terminal building to collect our hire car. All remarkably straightforward.

The next few days were spent exploring the island. We stayed in a self-catering apartment (actually a small cottage). The remoteness was emphasised by almost no mobile phone coverage and the absence of Wi-Fi. Almost nothing is open on Sundays apart from a large number of churches, so you need to stock up on supplies at the supermarket beforehand. The roads aren’t bad but there are occasionally sheep grazing on the verges. Allow plenty of time to get around.

Around 5,000 of the island population of 20,000 lives in Stornoway, which has supermarkets, shops, tourist attractions, museums and an arts centre. Our first stop when exploring the town was a leisurely coffee indoors (on that day, permitted in Scotland but not yet in England) followed by stocking up on supplies.

Although Harris and Lewis are two islands, the border between them appears somewhat confusing with the area called North Harris occupying the southern part of Lewis. The reason for this becomes more obvious when you see the terrain – Lewis is mostly flat, whereas Harris has hills and mountains. Tarbert is the ferry port with the shortest crossing to Skye, nestled into an inlet on the south side. The peaty Lewis moors are probably not great for walking through, much like wet marshland or even bog. Attempts at forestry have not been successful and it appears the value of the land for agriculture is fairly poor. There are some large, remote beaches with the best being found on the west coast.

We enjoyed a leisurely lunch in the garden outside the Harris Hotel in Tarbert. The following day we visited the Callanish Stones (arguably older and more interesting than Stonehenge), and drove up the north west coastline to Port Ness. We walked along fairly deserted beaches and also to Tiumpan Head Lighthouse on the east coast. I’d say 2-3 days is enough to see most of what the island offers, although I would have liked to visit Lews Castle and the Story of Harris Tweed museum (both still closed during the pandemic).

I can also strongly recommend Cameron’s Fish and Chip shop. Just make sure to phone your order in beforehand – it’s very popular!