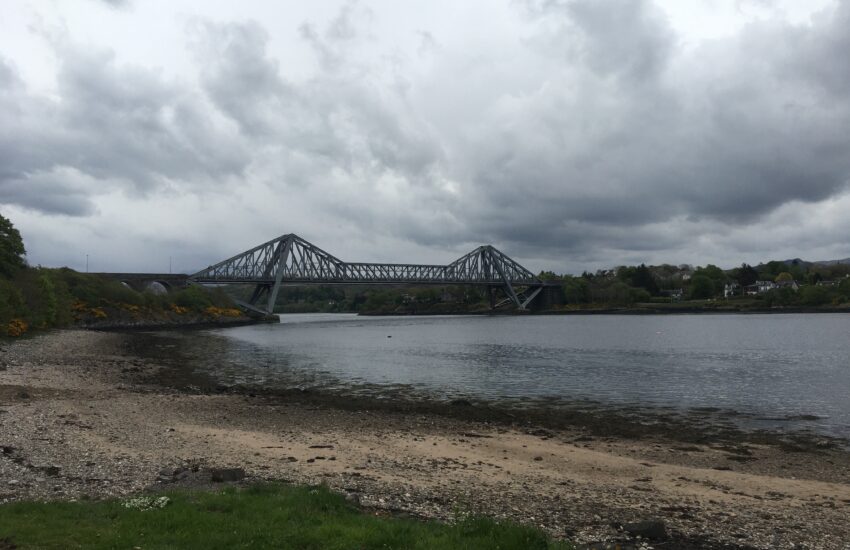 I had planned to fly home directly from Glenforsa today, but the weather forecast for down south looked terrible with both strong turbulence and icing risks. So rather than sit in a washing machine for a couple of hours, we decided to extend our holiday by at least one night, enjoy some of the better weather here, and (depending on the weather) my wife would have the option to take the train home the next day leaving me to follow.

A quick call for PPR from Oban was all that was needed for planning purposes. The flight from Glenforsa to Oban couldn’t have been much shorter, less than 10 minutes airborne, but it takes time to prep the aircraft, let the engine warm up properly and do all the checks.

I certainly didn’t want to make any mistakes when several of the guests came out to watch the excitement. Allison confirmed the radio was working, and with the light easterly wind I departed from runway 08.

The simplest navigation is to aim for the lighthouse at the bottom of Lismore Island. The town of Oban itself is dead ahead beyond it, then looking left from the lighthouse you can pick out the Dunstaffnage marina, the Connel estuary and the airport. The runway is perpendicular to your approach, so it’s easy to join either downwind or directly on base.

The FISO provided a Basic Service, confirmed the runway in use and pressure setting, asking me to report at three miles. There was no other traffic around, and the “land at your discretion” with a warning of low level windshear near the threshold was followed by a wind update . The low level windshear advice was helpful and reinforced the written warnings in the Pooley’s airfield guide. I made more of a curved base to final approach to avoid overflying the caravan park, and flew a little lower than a standard approach to ensure I would make the threshold. With plenty of runway available, I kept the speed up at 80 knots to help make a smoother landing – you can see the turbulence and crosswind in the short video of the flight further below.

I found the staff at Oban to be very helpful throughout. They have been given plenty of rules to follow – yellow jackets when airside etc – but the airport markings, runway inspections, bird scaring, fire engine testing were all to a high standard. I learned that you can now buy a lower cost out of hours indemnity for one or two weeks for a few pounds (a so-called Holiday Voucher) rather than a full year. These are available for Coll and Collinsey airports also operated by Argyll and Bute Council and are not to be confused with indemnity arrangements from HIAL valid at some other Highland airports.

Unfortunately AVGAS is still not yet available at Oban since the fuel contractor left about 2 and a half years ago. The airport staff are clearly as frustrated about this as everyone else, but the official position is that there are a few issues to resolve and once they have been sorted the price and method of purchase will be published. It sounds like it will be a self-service card machine (like at car petrol stations), but that remains to be seen. It should revitalise the airfield and attract a lot more GA visitors.

Choice of accommodation nearby vs in the town

We were able to walk about 600m to our hotel in North Connel, which had fabulous views over the estuary. The area has walks, cycle paths, and great views. Otherwise it’s a 10-15 minute taxi or bus into town, with a railway station about a mile away. We looked up train times and weather forecasts but unfortunately all trains from Glasgow south were fully booked for the next day and the weather forecast was favourable to return the day after. So we settled in for a couple of nights, visiting Oban, walking around the area and catching up on reading.

For keen cyclists, there’s an extensive cycle path from the Mull of Kintyre up to Inverness.