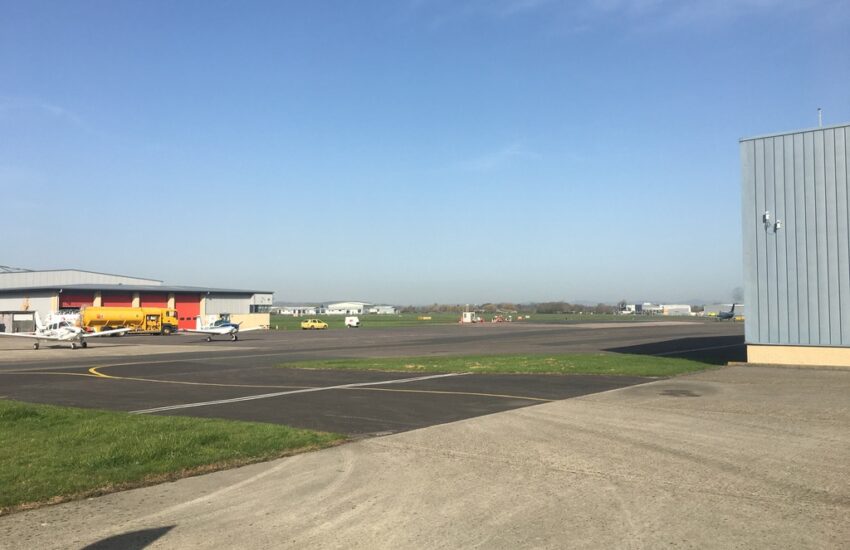 Ramp checks are common in commercial aviation but relatively rare in the wider General Aviation world, so it was a surprise to see six CAA inspectors arrive by minibus at Gloucester Airport. I was instructing at the club and somehow managed to miss their attention, but they did check another co-owner of my shared TB20 and also one of the other instructors at the club.

The team were courteous, polite and professional throughout. They had been trained and knew exactly what they were looking for, involving a documentation check rather than a physical inspection of the aircraft. This is where it really helps to have a pack of the relevant documents available in the aircraft that are up to date. The documents required are listed in the SkyWay Code and differ for Permit vs Certified (so called Part 21) aircraft.

All three of the above must be carried on all flights by the Pilot in Command.

The ramp checks were conducted by the UK CAA’s Investigation and Enforcement Team who have been seen occasionally at a few GA airfields over recent years. Here-say has it that they were particularly looking for anyone appearing to conduct illegal public transport flights (e.g. carrying passengers for hire or reward) without the appropriate licences or regulatory oversight, but they checked a wide variety of aircraft. There are separate checks for flying clubs/schools as part of the ATO/DTO oversight, and in my experience all of those always had their paperwork in order.

My co-owner was approached on landing and politely asked if he had ever been ramped checked before. Perhaps because we fly abroad a lot (or used to), we do keep up-to-date copies of the documentation onboard at all times, and this easily satisfied in the inspector in a couple of minutes. He even commented that our paperwork was in excellent shape.

Although not required to be carried onboard, it seems that the inspectors were particularly keen to see that aircraft are maintained and insured. The Annual Renewal Certificate is a bit like an MOT for aircraft paperwork – it isn’t a physical maintenance check like an Annual or 100 hour service, instead a review by a licensed engineer that all required maintenance has been done. This is recorded by them online with the CAA as well as printed on a form.

A current insurance certificate is arguably important to see at the moment, with so many aircraft having been grounded over the past year and perhaps limited to ground risks only.

My fellow instructor keeps a meticulous flight bag and said that as soon as the inspector saw that, they sensed everything would be in order. A trainee was shown how the paper chart was unfolded to check it was in date (the latest edition came out in March) – I doubt they carry those on 737s. The insurance certificate onboard was out of date by a few weeks but a quick visit to the club office found the updated version which satisfied the inspector.

They left a standard note allowing pilots to make a formal complaint about the inspection if they felt necessary.

I understand that at least one pilot had been challenged about whether his flight was “commercial” or not and became quite concerned about it. In these situations, AOPA UK provides a free service to members where they can obtain advice before responding formally and receive assistance should they get into difficulties. They have the experience to know whether you have committed an offence and good relationships with the CAA. They won’t stop you being punished for major transgressions but can help ensure you get a fair hearing.

AOPA UK membership provides this very worthwhile “insurance policy” – who else are you going to turn to should the need arise? Join here for £10/month. Lawyers fees would be considerably more.

The practice is common in other countries, and I have had one in Texel in the Netherlands.

FAA inspections provide a similar experience as documented here, which seems fairly reasonable and proportionate – wanting to check that pilots are qualified, current and that aircraft are maintained and insured.