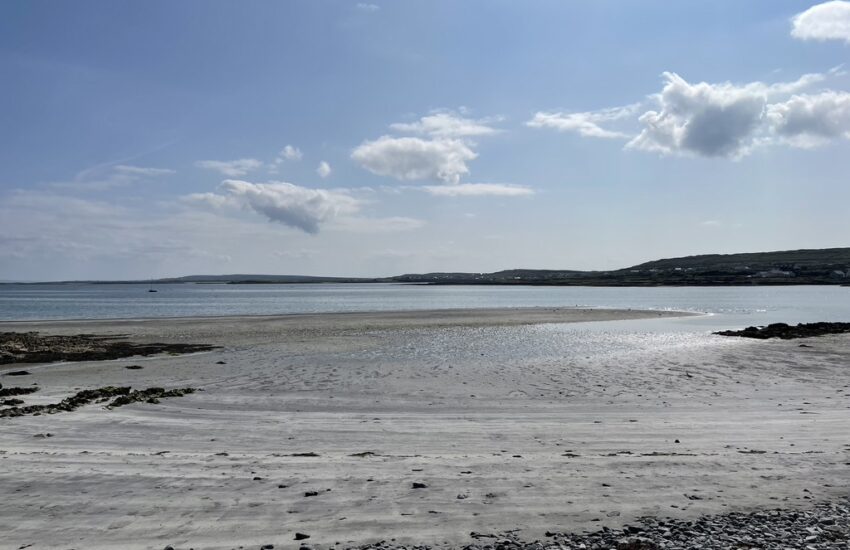 Light aircraft allow you to visit remote places that would otherwise be quite difficult and time-consuming to reach. The three small Aran Islands lie a few miles off the Western coast of Ireland and are not to be confused with the island of Arran near Glasgow in Scotland. They each have their own small airport, served by Aer Arann using their fleet of Islander aircraft based onshore at Connemara. Frequent daily flights take only a few minutes compared with the 90 minute ferry ride from Rossaveel.

My personal limit for hard runway length in the TB20 is 500 metres, so at first sight the 490 metre runway ruled itself out. Further inspection with Google satellite maps noted that there were lead-ins at both ends adding potentially up to 50 metres. While this cannot be fully counted, it did offer a more realistic 540 metres for the take-off run. Furthermore, there are no trees or obstacles on climbout which is over the sea at both ends. We wouldn’t be operating at max take-off weight, having burnt off about half our fuel and only 2 onboard. Finally in our favour was the weather, calm with clear skies. Performance calculations convinced me that this was quite within sensible operating limits. Regardless, I was aware of the disruption it would cause if there was a technical issue – it’s a long way from any maintenance base and awkward to reach by other means.

PPR is required and was quickly obtained by email from Aer Arann. The other requirements are to make radio contact and to land/depart during airport opening hours.

We departed Sligo on a VFR flight plan (required for all flights in Ireland within Control Zones), flying a climbing downwind circuit pattern anti-clockwise to the north before heading south. On reaching the zone boundary, we were seamlessly handed over to Knock who cleared us through their airspace without restrictions and only one other aircraft in the area.

A brief time was spent talking with Shannon Information who temporarily closed my flight plan, then raised Connemara for some local traffic information. Commercial activity had closed down for lunch as expected, so again there was nothing to affect me. I advised that I would route east and south of the islands, enjoying the scenery before positioning right base for Inishmore runway 14.

We enjoyed some glorious views of these attractive and unusual islands, which are mostly flat rock layers and cliffs before carefully making a considered and careful approach to land. The runway has a hump in the middle, so approaching from either end will benefit initially from an upslope. Touching down on the numbers I was able to exit at the midpoint intersection and quickly spotted a marshaller urging me to turn onto and park on the grass.

Local staff were quite friendly, wrote my details down in the logbook, accepted the landing fee (cash only) and politely asked us if we could arrange to leave not much later than the last flight. It sounds like some pilots have run a bit late and kept staff behind after normal working hours, and I think it’s helpful to fit in with reasonable compromise to ensure continued goodwill on all sides. This worked well with our schedule and allowed us about three or four hours on the island, more than enough to have a good look around. I formally closed my flightplan through the SkyDemon App just to be tidy.

We had a leisurely walk into town (Kilronan), enjoyed excellent seafood lunch outside the pub, did some tourist shopping, declined the minibus island tour, scuba diving, jet biking and bicycle hire. There are now around 750 inhabitants of the largest island which is mainly a tourist destination that has come back to life again this summer.

Subsequently we saw several flights come and go at the airport and when we arrived there were a couple of aircraft there. The crew are very efficient during the normal turnarounds which typically take only a few minutes on the ground, but were waiting for passengers to arrive by minibus.

After the usual checks, I was ready to go but waited a few minutes for both aircraft to depart before moving off. No rush since I had the airport to myself. Power checks were done after lining up on the runway. Initially 2000rpm on the brakes, then full power with stick fully back until airborne, push forward initially to landing attitude and then climb at Vx. I reckon I was off before or just at the intersection so nothing to worry about really. We departed with a right turn to the south and signed off with Connemara, heading towards Kerry.

These are three beautiful islands, well worth a visit on a good weather day if you can make it. There is accommodation on each island and onshore, although it seems there are many day trippers visiting by air and/or ferry.