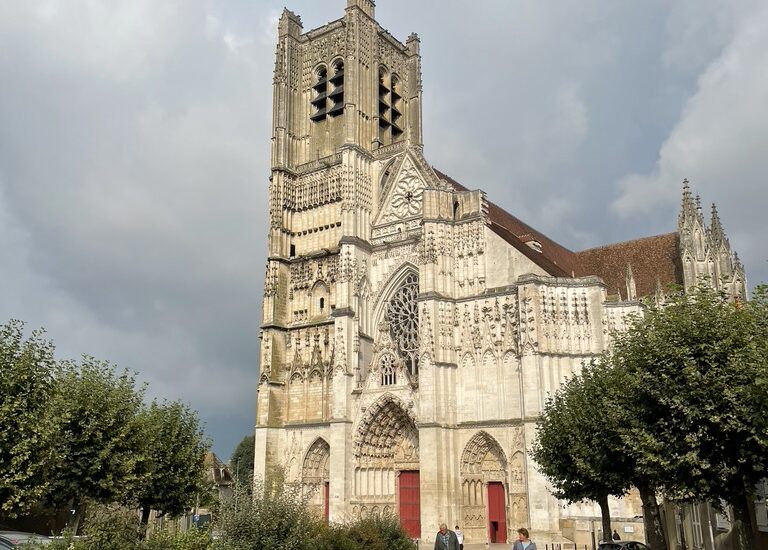 My TB20 co-owner Nic and I had discussed a few days touring abroad during September, intending to make the most of the capabilities of the aircraft but with no firm plans. Longer term dreams of Croatia, Italy or Romania would have been severely constrained by COVID travel restrictions as well as time constraints. Travel rules have been changing frequently, both in the UK and abroad, and there was a risk of a short notice change that might demand hotel quarantine at any time. However such changes have usually been given with a few days notice, allowing us to return to the UK quickly if needed.

After some consideration, we decided on a four day trip limited to France. We aimed to arrive and depart from somewhere mid south, with Annecy and Limoges being the most likely arrival and departure points.

I had researched the legal requirements thoroughly, both having changed due to BREXIT and COVID. These are now:

I had ordered both COVID tests about a week before we left, and the tests arrived the next and subsequent day. One important piece of data is the PCR test registration number, sent by email when ordering. You have to enter this into your Personal Locator Form prior to return to the UK, along with your NHS and passport numbers. Since Nic lives in Wales, he had to order his PCR test through the Welsh Government site and it arrived while we were abroad. I used Chromatics and Randox for the lateral flow and PCR tests respectively and thought they worked OK, but if you have any difficulties it is said their helplines are very overloaded. The alternative is to go to any pharmacy in France and take the pre-departure test there – a booking may be required.

While no tests are required to fly from UK to France, it seemed a sensible move to take a lateral flow test the day before departure.

The weather in Annecy wasn’t looking favourable, so we picked on Auxerre Le Blanc as our entry point, about . Customs is available with 24 hours prior notice, it has RNP approaches at both ends, a tower (manned by a FISO, but unmanned over lunchtime), fuel and seemed very accessible. It’s about 150km south east of Paris, close by Chablis.

Nic had originally filed a VFR flight plan but seeing the forecast at our destination was likely to have a layer of cloud, with cloudbase of 1,500 feet or so, we thought it best to fly IFR in France where we would be VMC on top. The glorious clear skies in the UK would make it easy to depart VFR and route more directly towards Goodwood than via the airway system. So I filed a “Z” flight plan, which started with a VFR segment and transitioned to IFR at waypoint INKUK, south of Southampton.

We arrived at Gloucester at 8:30 for a 9:30 departure. It always takes more time than you think to get the aircraft out, pre-flight, load everything up, refuel, don lifejackets etc. But we were ready on time and I called for start.

Gloucester ATC didn’t seem to differentiate between my Z flight plan and the usual IFR departure, so despite explaining we were given a clearance towards BADIM, a procedural service on departure and handover to Bristol. We explained again to Bristol what our intentions were, and they co-ordinated with London Control. We flew at FL50 with a Basic Service and subsequently handed over to Farnborough who dealt with our entry into controlled airspace.

At that time we were flying VFR through Farnborough’s Class E, which is uncontrolled for VFR but controlled for IFR traffic. We were explicitly “Cleared into controlled airspace”, then immediately given a Radar Control Service, together with a climb initially to FL70 towards SITET. Shortly afterwards, we were handed over to London Control, further climb to FL100 and then to Paris, who gave us a direct to LGL before we reached the FIR boundary. Compared to being vectored around the CPT VOR, I found this an easier and more direct method of joining controlled airspace and would want to do this again. I may need to clarify with Gloucester ATC how best to file and request it.

The flight down through France was pretty uneventful, with the occasional “call me back on xxx.yy” as we reached the limits of radio range – some controllers have sectors with multiple frequencies, and ask you to switch but remain with the same controller. The cloudtops rose above FL100 and we asked for, and were immediately granted climb up to FL120 – this is where having portable oxygen comes in handy. We remained at that level for about 1h30 (half the flight). Without oxygen, crew are limited to 30 minutes above FL100 and you just can’t predict how long you will need to be up there for. We were slightly above the freezing level so would have picked up ice if we had remained in cloud.

ATC gave us a few shortcuts, with early clearances to BENAR, GILUX then OSKIN.

As we closed in towards our destination, we were advised that the airport was operating on runway 36 with only air-to-air communication – the FISO was on their scheduled lunchbreak. Sienne Approach granted my request for descent, initially to FL80 then further into uncontrolled airspace where we were free to descend further at our discretion – there was no need to ask. ATC gave us the phone number to call to close our flight plan after landing, cleared us for the RNP 36 and told us to switch to the Auxerre frequency. We descended through a cloud layer, broken at around 1800 feet, making position/intention announcements in English and French. There was one other French VFR aircraft positioning to join downwind. The tower came back online before we landed, but there was little to say and we were directed to park on the main apron. The tower confirmed they had closed our flight plan. The other inbound aircraft landed after we had disembarked.

Two Douane border guards were awaiting us in the terminal, and seemed pleasantly surprised that we had the correct paperwork (passports, vaccination certificates, attestation forms). These were checked, passports stamped and we were free to go. The two inspectors had driven to the airport especially to meet us – the limited traffic there would not justify a permanent presence. The airport restaurant was closed (it being a Monday) and there was very little activity.

The operations staff took contactless payment for the landing fee, called a taxi, and we took our bags with us having not yet decided whether to overnight here or at Annecy. My French was decidedly rusty having not been here for a couple of years, and it was embarrassingly poor even asking for simple directions. It was made clear to us that we must return before 1800 if we wanted to depart that evening, otherwise everything would be closed down and locked up.

Auxerre is a fairly typical French market town, not particularly tourist oriented, but quite practical and unassuming. Now late afternoon, many of the bars were not serving food, but we found an all-day one for a late lunch. The weather wasn’t favourable for our onward leg, so we booked into a hotel, wandered around the town and settled on an Indian restaurant for dinner. Indian cuisine in France is significantly different from the average UK offering – smaller portions, high quality meat/chicken, delicate and less spicy flavourings but no Peshwari Nans. We had to wear masks when not sat at a table, and show our vaccination certificates (either paper or via the TAC App will do) which were actively scanned by all the bars/restaurants visited. Otherwise, there were few visible changes to the regular lifestyle.