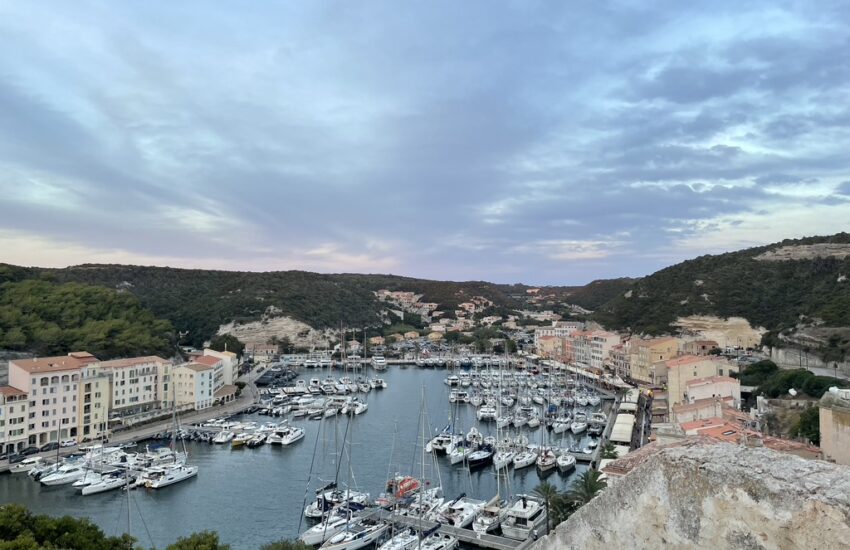 We were keen to make the most of flying within France in our shared TB20. Nic had managed to obtain PPR for Figari, which published a 72 hour advance requirement although it seems is really not very busy at all. He had flown to Corsica before on an intensive flying trip and was keen to return. He filed a VFR flight plan and determined a route flying down the mountain valley towards the coast west of Nice and then south east around a large naval danger area.

Nic’s VFR route followed the valleys south to the coast, twisting slightly as we progressed overhead Grenoble and Gap Tallard. We were advised that Flight Information service wasn’t available south of Bale’s region, and simply told that service terminated, squawk 7000. We managed to make radio contact with Marseilles Information but when in the valleys they were unable to see us on radar, asking us to squawk 7002. Subsequently we were handed over to Nice who co-ordinate across the large number of restricted areas along the coast. They gave us a routing of Saint-Tropez then MERLU and allowed us to climb up to 9,500 feet for the crossing. This kept us out of Restricted Area LFD54 which was active all day. It was a significant detour but did reduce our time spent outside glide range of the coast.

We settled down for a gentle cruise in the sunshine for an hour or so as Corsica came into view. This is quite a mountainous and rocky island with comparatively little fertile land. Nic descended for a transit through Ajjacio airspace where we saw a Ryanair jet come into land, then we descended to about 1000 feet AGL giving us a closer look around the south west tip of the island. Once clear, we were passed to Figari Tower who cleared us in through the published arrival waypoints onto a long final for 04. It was really quite gusty (as is often the case late afternoon in a warm Mediterranean country near the coast) which Nic handled well for touchdown.

The large apron was almost deserted. There is a dedicated GA parking area that has a hard surface but broken up with stones. Large painted ground signs warn to switch off engines first, then pull the aircraft onto the ramp. Refuelling is by bowser where the driver accepted our TOTAL fuel card.

We quickly walked through the small dedicated GA terminal and picked up a small Fiat 500 hire car. This worked out cheaper than two taxis and was much more convenient. We also booked up hotel rooms although were unable to find two in the same place. We drove into Bonifacio and after checking in, met up for dinner by the harbour marina.

The Corsican coastline is best explored by boat. There are some lovely beaches here, but these seem to be attached to exclusive hotel resorts and are not easily accessible to the public. Inland, the terrain does not appear to be very fertile with few signs of farming activity – tourism and fishing seem to be the main industries.