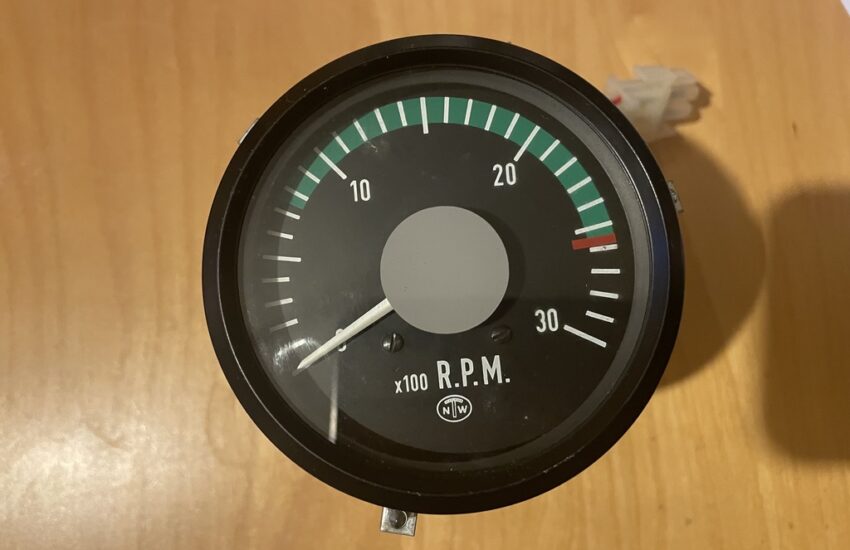 The first flight after any significant maintenance always feels like it needs more careful attention. No matter how expert the aircraft engineers, the simple fact that the machine has been taken apart and reassembled introduces scope for issues to arise. These may not be directly related to any components worked on, and sometimes simply down to the age or lifetime of the equipment – our aircraft was built in 1991. Some compare these elderly aircraft with vintage cars – think of a lovely old Bentley which would have cost five to ten times the price when new, and needs a lot of attention to keep it fully roadworthy.

I’ve flown our TB20 aircraft back from maintenance several times before, and am always very cautious and thorough with the pre-flight check, allowing plenty of time for the engine to warm up, double checking the engine parameters during the power check, and being extra vigilant during the take-off.

CORB had completed its Annual which had involved some preventative welding work on the exhaust muffler, that was showing signs of starting to come apart. The work involved unclamping the exhaust system, removing the muffler, sending it to a CAA approved welder and reinstalling. We paid special attention to that but didn’t foresee any issues elsewhere.

After thorough checks, I took off and thought that the engine noise and performance was normal. The landing gear and flaps retracted as usual, and speed increased to 110 in the climb as expected. However the RPM gauge wasn’t showing above 2100 – normally it would be at least 2500 during the initial take-off – and I can’t exactly recall what it was reporting at that time. I do remember that the power check at 2000 rpm hadn’t shown any issues. After a couple of minutes to see if it would recover or settle down, I decided to return and ask our engineer to take a look. This all seemed to happen fairly quickly although quite calm and without drama – I didn’t feel any immediate concern about the aircraft airworthiness or a need to escalate to make a distress call.

One of the first things he asked me was what was the fuel flow like during take-off. I had the JPI engine monitor set to show temperatures to give me an early indication of any cylinder issues, and it doesn’t display it in that mode. I could have looked at the older analogue gauge but I rarely use that. In retrospect this would have been useful.

He conducted a logical and thorough diagnosis on the ground, running the engine with a different RPM gauge to determine if it was the engine, gauge or sensor at fault. It turned out to be the gauge and he fortunately had a spare second hand one from a scrapped aircraft. It’s never as easy as you would expect simply to swap an instrument out – other wires and instruments nearby can easily get disturbed. So it was almost a couple of hours before it was done.

There was nothing to indicate why it failed prior to that particular flight – perhaps it had been on the way out for some time, and just gave up after a few weeks spent outside in the damp Autumn conditions. It’s quite likely it had nothing to do with the Annual check itself, and I was just fortunate to be able to get it fixed while I was there. It was very helpful that it could be done while I waited – my lift to the airfield had long since gone home.

My second flight successfully returned back to Gloucester and confirmed all was again working well.

I didn’t notice any further issues, and it was only during the pre-flight for the aircraft’s next flight that we spotted a second minor issue. The exhaust pipe had not been fully aligned with the cowling when it was reinstalled. It gets VERY hot (exhaust gas temperatures can exceed 800C or 1500F), so this had discoloured the fibreglass cowling. Seeking professional advice and guidance, we were able to have this adjusted by loosening and tightening the exhaust mount clamps, and had it further inspected to check that everything was in order. A cosmetic repair to the cowling restored it back as good as new.

Since then, I’m pleased to say no further issues reported.

It all goes to show that you can’t be too careful on the first flight after maintenance, whether done by a pilot/owner or an experienced aircraft engineer.

And I now have an expired RPM gauge in my trophy cabinet.