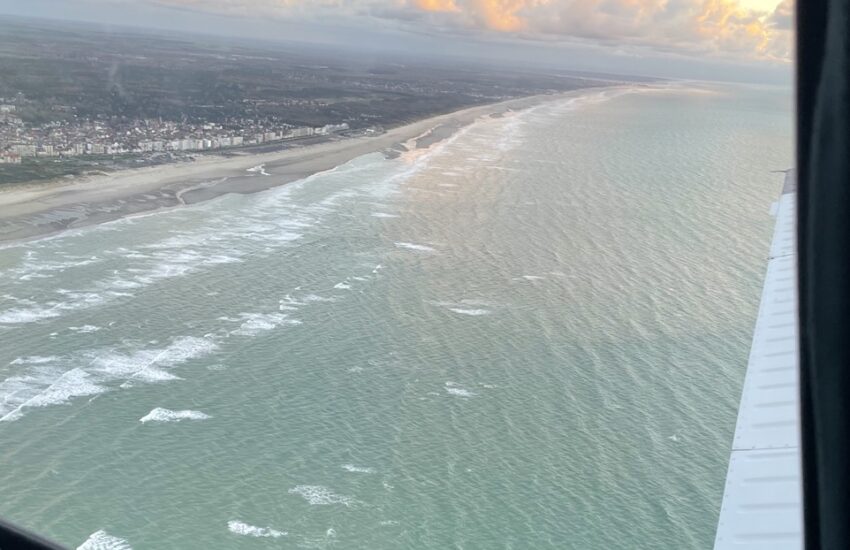 Some destinations you can never tire of visiting. I’ve flown across to Le Touquet a fair number of times since my first trip during my PPL training in 2010. On a good weather day, it’s hard to beat. My co-owner Nic and I hadn’t flown together for some time, and both were missing CORB while it had been down for maintenance. He had scheduled a weekend away with family, so wanted to regain a little currency beforehand.

We considered a few options and did want to venture abroad, and decided on Le Touquet as an easy and familiar option. As usual, VFR flight plans and GAR forms need to be filed in the UK and Le Touquet Douanes (passport/customs office) needs to be emailed 2 hours before arrival. In addition to the usual pre-flight planning, we conducted a thorough documentation check, wore/loaded extra safety equipment, remembered passport and Euros (although contactless payments make those almost redundant nowadays) and departed in fairly good weather.

I flew the outbound route and Nic returned, timing our arrival so that he could complete at least one night circuit for night passenger currency. I’ve written about the Gloucester to Le Touquet route from several trips in the past, so I won’t duplicate the details here. It wasn’t busy in the Channel, and the cloudbase wasn’t a constraint. There are permanent Danger Areas rising as high as 2,500 ft where drones patrol the channel seeking out migrants. French ATC remains excellent, with fully equipped radar coverage as soon as you cross the border. The tower simply instructed me to join downwind left hand, flying over the beach and town, then cleared me to land before I reported established on final.

We fuelled up at the TOTAL fixed fuel bowser – significantly cheaper than having the truck drive to your aircraft – although it did take me a while to figure out what the PIN code was. AVGAS prices in Europe have also increased significantly in the past year, but it was still cheaper than back at base.

We walked into town, wandered around, enjoyed a relaxed and delicious seafood lunch, bought a few items (wine is significantly cheaper here partly due to lower duty), and strolled back at our leisure. The south east centre of the town has been redeveloped in recent years, establishing a new plaza and pleasant walkway with unusual and unique shops.

The timing worked out well, and the sun slowly set during our return flight. Sunset occurs slightly later when airborne because you are higher up and can catch you out if you aren’t careful – you then find it’s much darker lower down and this could be awkward if landing back at an unlit strip.

Gloucester lights were all fully operational, and with it not being busy, it was easy to accommodate a couple of circuits. Nic is now fully passenger current for day and night flights for the next 90 days, and even if he doesn’t use it, it can take the pressure off flight planning in case a delay should result in his returning after official night.

My preference wouldn’t be to fly over the Channel at night in a single engine, but I am more relaxed when closer to base. I’ve been instructing for Night Ratings in recent weeks when weather and schedule permits, and on a clear moonlight night the views can be quite dramatic, although difficult (if not impossible) to capture on film.