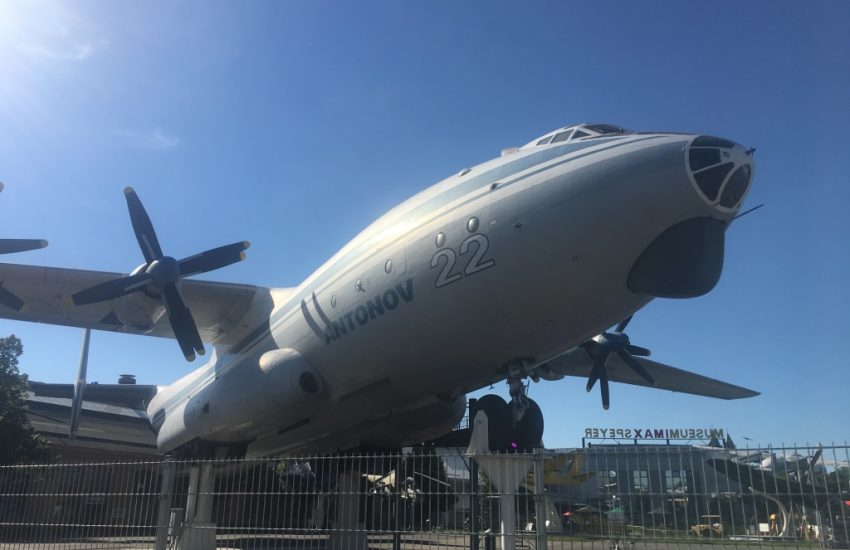 Last year we made it to Sweden. This year’s plan was for Innsbruck in Austria, and the weather looked favourable. I’d confirmed five members in two of the club PA28s but for a variety of reasons this became John and me in one aircraft. We did fly our route pretty much as planned and the weather was excellent for all but the last day. This was all flown VFR with the exception of that one last half day of bad weather.

We departed on Saturday late afternoon, after an excellent club annual fly-in. I’d suggested Ostend simply because it’s accessible – open for arrivals until 10pm or so, with no PPR required. Lille was our alternative, also similarly open for business. Many other smaller French airports have constraints either for opening times or immigration notice periods that are not nearly as flexible. There was also an Ibis hotel nearby that had a late cancellation policy.

John flew this first leg, routing around the north of Stansted, down to Dover (where we got a great service from Southend Radar until coasting out), across the channel and up the coast for a pretty much straight in arrival. There are far fewer GA aircraft in the air after about 5pm, some reporting on cross channel trips but little elsewhere. The downside is there would be far fewer airfields open at this time of night (we took off at 5pm and landed at 7:30 UK time), although almost anywhere can be considered if there was a problem.

The staff at Ostend are welcoming and helpful, although being a large airport there are the necessary security checks. A new GA terminal has been opened and is already in use for Schengen traffic. It is planned to have its own immigration staff in about 2-3 months, making the whole service much more streamlined. We were able to walk to our hotel and enjoy a late dinner and beer.

Since we were departing within Schengen, we could use the new GA facilities and paid our landing fee there. We then had to be escorted out on the Apron by airport security (only they can open the door), where we waited by the aircraft for the fuel truck to arrive. That’s paid directly to the fueller by credit card, so relatively quick and efficient

My turn to fly this leg, almost directly south east and outside controlled airspace. None of the military restricted areas were active. We got a flight information service from Paris Info who initially were quite busy on frequency, and noted that before long the sector was split and it became more relaxed.

Arriving at Reims, it took a little while to actively identify the airfield. The tower FISO gave us the active runway and we positioned for a downwind join, with about three other aircraft in the vicinity. As normal, the tower spoke to us in English and to others in French. The wind was a crosswind and quite variable, and I believe we had some tailwind component when we landed – it seemed fast given that I was flying the correct approach speed, but the runway is quite long and we only needed about half of it. Various aircraft used each end of the runway over the following hour or so when we were on the ground.

We had wanted to ensure we arrived while the FISO was on duty (there is a notified lunchbreak, during which French-only self-announced movements take place) and this worked well. We paid our landing fee and enjoyed a very tasty pizza in the outdoor cafe, watching a small executive Jet mixing it with smaller GA local traffic. This is the capital of the Champagne region, with bottles on sale in the airport office. A potential destination from the UK since it can also provide immigration on request.

For all our flights we had filed our plans through SkyDemon – now a relatively trivial procedure once you have setup the aircraft configuration and personal details in the App. What I particularly like is the ability to manage filed flight plans through the App – it’s easy to delay or close plans with the click of a button – as long as you take full account of the timezone you’re in. Since our flight plan hadn’t appeared to be closed in Reims, I did that with a press of the button on my iPhone.

The second leg of the day was another international flight, into Speyer in Germany.

Much of the countryside is fairly flat around here, but we flew near some industrial areas before reaching our destination. We were handed off between information services, with little to report and few controlled airspace issued to be concerned about.

Speyer is quite a scenic city, with the airfield located between a 180 degree bend in the river – effectively you fly a join, crosswind and downwind over the river at 1200 feet then turn base for what becomes a glide approach over the town. For excitement, there is a retired Lufthansa 747 on stilts off to your right – I hope that doesn’t cause too much turbulence on crosswind days.

Again the reception in the tower was friendly and welcoming. Now that we were in Schengen area, there is no need for any immigration or passport checks. After paying our landing fees at the tower, we taxied to the west side of the airport next the aeroclub where we could enjoy a beer in the sunshine before walking across the road to our hotel. We met some of the friendly locals that we had seen earlier in Reims airport office there, having flown the exact same route back to their home base.

Speyer Aircraft Museum is a major attraction here – it has quite a wide range of some large aircraft, and seems quite popular. We stayed overnight in the museum hotel next door, from which it’s a short walk into town with a plethora of cafes, bars and restaurants.