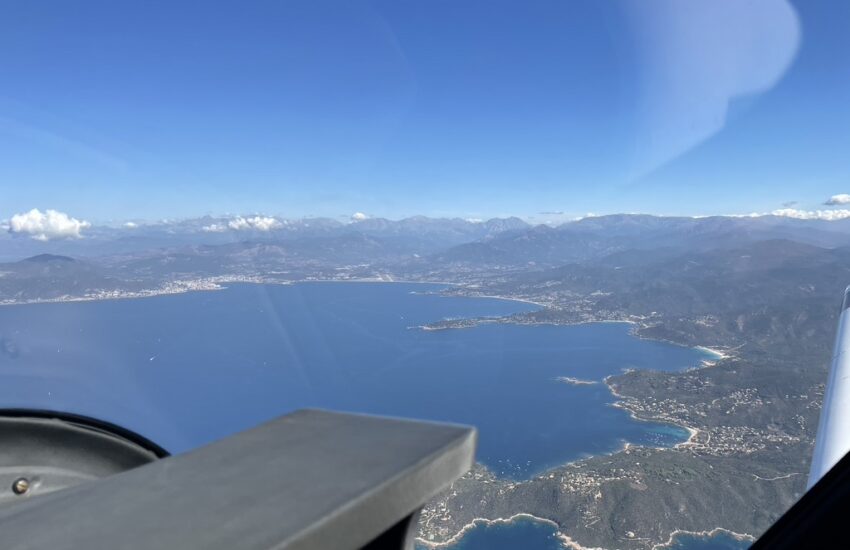 COVID-19 has made this a difficult year for many, and I have been fortunate indeed not to be too badly affected. A lockdown until mid-April was mitigated with a few engine maintenance flights (once per month) and a few flights to retain currency as an instructor – this included a couple of standardisation flights that undoubtedly improved and aligned my technique with others in the club.

Surprisingly, my hourly total hours flown this year was almost my best to date – just a few hours short of my 2019 record. It would have been surpassed had it not been for the lousy weather in the second half of December alongside various other factors throughout the year.

PPL instruction seems to have been in demand from mid-April onwards – perhaps more of those with money who can’t spend it on holidays or going out have chosen to learn to fly instead. Both the clubs I instruct through have been fairly busy, although with less demand for PPL/IR instruction. There have been quite a few technical and logistical issues hampering lessons – everything from engine overhauls, propellor overhauls, gear actuator overhauls to plain regular servicing. The older fleet of aircraft we fly seem to require ever more maintenance (Part ML doesn’t seem to have reduced this) with parts more difficult to obtain and possibly of lower durability. The lack of a modern cost-effective replacement for the Piper PA28 or Cessna 172 remains an age-old an industry problem.

Nonetheless, I have enjoyed working with a variety of students throughout the year. These range from the youngest who hopes to start training for his PPL in earnest when 16 next year to the more mature club members learning about SkyDemon for the first time. While much of my time is spent on the regular PPL syllabus, I’ve done quite a few conversions or renewals too and these can be very rewarding. A senior member of the BBMA with many microlight hours under his belt spent several hours intensively upgrading from NPPL(M) to NPPL(SSEA) upsizing aircraft from 450kg to 1111kg and finding it a much heavier, faster machine with more momentum. That’s the opposite of the 787 captain downsizing from his 228 tonne machine! Both found it great fun, both exciting and challenging, which is a joy to share. Some students progress very quickly while others need more time, but I am impressed with how much all my students are aware of safety. IFR training has involved IMC courses, completing a COVID delayed Instrument Rating and conducting refresher flights prior to IR revalidation. I finished off a night rating in the last few days of December which proved a positive end to the year. PPL flight instruction is rarely a highly paid job, can be frustrating at times (aircraft gone tech, airport closed, weather not as forecast, student scheduling, regulations) but can also deliver some real highs where students progress and succeed. The prop-strike incident on the ground was memorable for the wrong reasons, thankfully no injuries but the aircraft remains out of service awaiting repair.

I’ve also delivered many hours of remote instruction via Zoom, the majority to those with their own flight simulators, learning good habits/procedures and taking time to fully understand the concepts more conveniently prior to or between real-world training.

PPL theory exams moved online late last year, requiring invigilators to be approved by the CAA. I have recently been issued with Ground Examiner authorisation and received some training ready to conduct these next year.

I mostly blog about tours and travel in my shared TB20. The group sold two of its five shares last year, and both Nic and Last have completed their initial differences training and made use of it. Most of my flying in it has been either with them or my wife, and only a couple of trips with friends.

As soon as lockdown restrictions eased, my wife and I flew up to Scotland to spend a few days in Stornoway, Plockton and Mull with a couple of bonus days in Oban thrown in due to bad weather down south. It was a relief to get away, and the aircraft made it seem safer (not mixing with many others) and quicker to reach these more remote places. My trip to Scotland featured in AOPA UK’s October magazine. I enjoyed a couple of long days out visiting Northern Ireland, first to the more remote Enniskillen and then into Belfast City to visit the Titanic exhibition. Ireland benefitted from easy access too without the need for tests or many forms, so I had a short weekend trip to Kerry with a couple of friends from the flying club. Subsequently, I flew to Sligo, Inishmore and Kerry with my wife for a really great week’s holiday with fantastic weather. Finally, later in September, Nic and I flew the TB20 down to Corsica, stopping at Annecy and Lourdes as featured highlights. I’d quite like to explore more of the area between the southern Alps and Pyrenees in the future.

Other activities included chairing AOPA’s Members Working Group, which saw attendance rise to around 50 due to holding these via Zoom combined with lockdowns. I’ve also run FI Seminar group breakout sessions, discussing how to involve GPS during training with instructors and examiners. It’s been eye-opening to hear how others in the industry think and operate today.

A word of thanks to all those I’ve flown with and those who have supported my flying activities throughout the year – whether ATC, Firecrew, groundstaff, maintenance engineers, committee members, club volunteers, instructors, examiners, pilots or students – too many to name individually. Equally to my wife/lifelong partner who tolerates my obsession with good grace.

No complaints here. Despite not starting until mid-April due to lockdown, it’s been a busy year with plenty of highs, logging around 60% more instructional flight time than last year.

Another longer trip into Europe

This didn’t look very likely at the start of the year, but I did make it to Corsica in September. Having not flown to southern France before, I’d definitely like to return – Annecy south to Grenoble was a particularly scenic area.

I’ve joined FlightSimCoach as one of their regular instructors, mainly working with students in UK and Europe who want to learn the basics prior to or during a break in real-world flight training. If I can teach them to look out the window instead of staring at the instrument panel, explain what the instruments/controls do and practice some R/T offline then I feel sure it will accelerate their training. More advanced students can learn IFR procedures and go more in depth into the avionics at their own pace. In general, it’s more predictable with fewer tech issues or weather cancellations although those mandatory Microsoft updates can catch students out and a lot cheaper/convenient than learning in the cockpit. Personally, I much prefer X-plane for more serious work even if the graphics aren’t as good.

I’m tempted to say it’s more of the same:

Some photos of the highlights